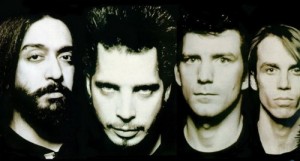 It is so great to see one of Seattle’s greatest and most popular bands in the 90’s on the comeback trail after a long break. Along with playing Lollapalooza 2010, could the group launch a full scale tour as well as a big show at Bumbershoot? Stay tuned as we follow the adventures of Soundgarden. In my humble opinion, I think this is a band that still matters and could make some great records in the future. I wrote a little piece for examiner.com today…

After a 13 year hiatus, One of Seattle’s most storied and legendary bands, Soundgarden, returned  to the stage playing the Showbox at the Market club Friday night (April 16), with a blistering 90 minute set that included some of the bands biggest numbers, Spoonman and Rusty Cage. To read the rest of the article go here.

Not only is he a multi-media journalist, he is also an accomplished musician. He is the founder of SMI and drives the creative look, feel and branding for the publication. His years of writing, arranging, and performing live music in a variety of genres inform his ability to communicate the message and the mechanics of music. Roth’s work on SMI reflects his philosophy that music is the universal language, and builds community. He believes it has the power to unite people of every race, religion, gender, and persuasion.
Related ItemsExaminer.comSoundgarden
← Previous Story One Reel offers less expensive ‘economy size’ version of Bumbershoot
Next Story → Roger Waters to bring ‘The Wall’ to Tacoma in December