SMI Radio is pleased announce a new broadcast partnership with NWCZ radio.com! Starting this week, you can hear SMI Radio there live every Thursday at 6:00 pm (PST).  Not only that, SMI will provide live, on-the-scene hits from the best musical events the PNW can conjure up!

SMI’s Greg Roth was a guest on NWCZ, Sunday, June 5th,  following John Keister of The Rocket and Almost Live.  You can hear the interview here.

“It is our goal to bring you the best in northwest independent music whether it be rock, punk, hip/hop, techno, blues, jazz, r&B, funk etc. The majority of the music you hear on our station is by independent artists who deserve to be heard by a broader audience. You can go out and see them on any given weekend around this great northwest and now you can hear them on NWCZ Radio as well. We define the Northwest as including British Columbia, Washington, Oregon, Idaho and surrounding areas. If you are an independent artist and would like to be heard please contact us at nwczradio@gmail.com and we’ll let you know how to get your music to us so we can get it to the people! Listen in, tell your friends and let’s all join the independent radio revolution!!!!!!” 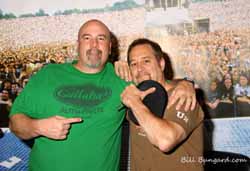 Not only is he a multi-media journalist, he is also an accomplished musician. He is the founder of SMI and drives the creative look, feel and branding for the publication. His years of writing, arranging, and performing live music in a variety of genres inform his ability to communicate the message and the mechanics of music. Roth’s work on SMI reflects his philosophy that music is the universal language, and builds community. He believes it has the power to unite people of every race, religion, gender, and persuasion.
Related ItemsNWCZ Radio
← Previous Story Sasquatch! Music Festival Coverage
Next Story → SMI Radio Ep. 22 On Demand: with Vicci Martinez