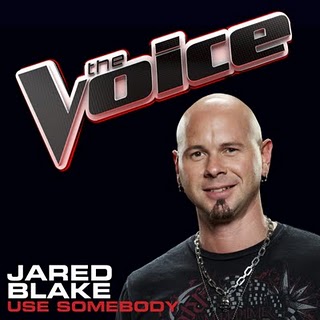 Jason Kertson started off the night with a great acoustic set. This was followed by Rane Stone of “Klover Jane” & “Jar of Flies.” He performed a moving and haunting acoustic set. Dudley Taft played one of his last shows in the Northwest. Headlining the night was Jared Blake who was recently on the hit NBC show “The Voice.”  He performed a brilliant acoustic set with many numbers from his current catalogue. He also entertained the crowd with some humorous stories about his amazing journey through his life as a professional musician.

Prior to their show I had the opportunity to speak with rocker Jared Blake who competed on NBC’s “The Voice” Jared is up in the Northwest to play a live show in Tacoma, Thursday, July 21st. I spoke with Blake about his performance on “The Voice” and what is next for this talented artist.

This episode also features selected cuts from Blake. Also, on the show is Northwest Music Scene’s Glen Casebeer. He spoke about the NWCZ music event and the artists that participated. I will have backstage interviews with Rane Stone and Dudley Taft from that show coming up on a future episode of SMI Radio on NWCZ.

Not only is he a multi-media journalist, he is also an accomplished musician. He is the founder of SMI and drives the creative look, feel and branding for the publication. His years of writing, arranging, and performing live music in a variety of genres inform his ability to communicate the message and the mechanics of music. Roth’s work on SMI reflects his philosophy that music is the universal language, and builds community. He believes it has the power to unite people of every race, religion, gender, and persuasion.
Related ItemsDudley TaftJared BlakeJason KerstonNorthwest Music SceneNWCZRane StoneSMI Radio
← Previous Story SMI Radio Ep. 26 On Demand: Queensryche guitarist Michael Wilton
Next Story → SMI Radio Ep. 28 On Demand: harmonica legend Lee Oskar (WAR / The Lowrider Band)