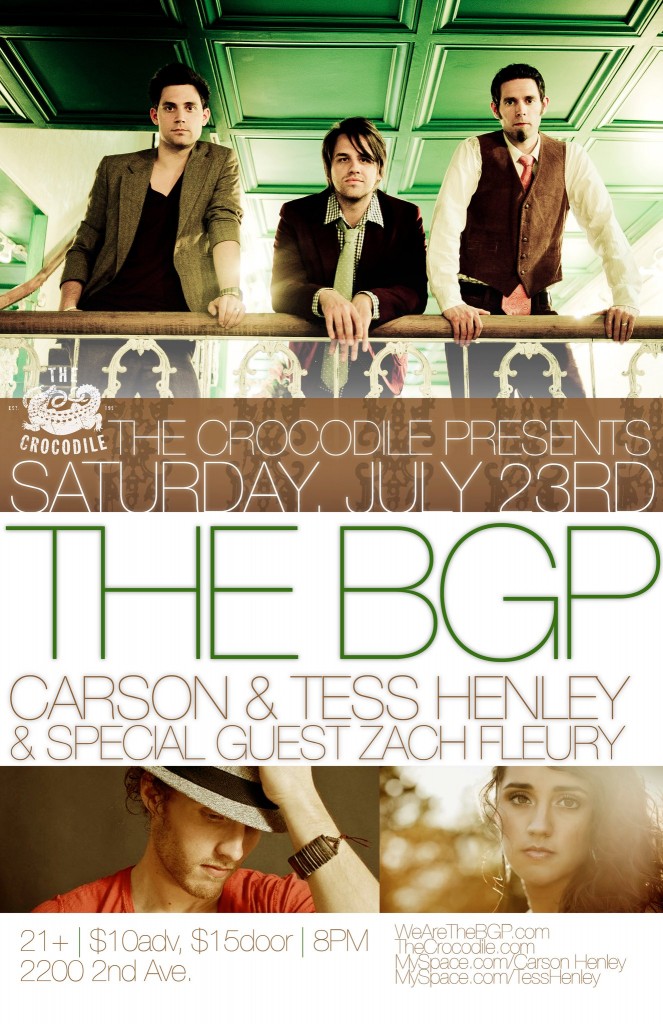 A few weeks back I had the opportunity to sit down with The BGP backstage at their homecoming show at The Crocodile in The Emerald City a few weeks back. The band recently performed and Elton John classic, Bennie & The Jets in front of a national TV audience on NBC’s Americas Got Talent.  They opened for the pop and soul sensations, Fitz and The Tantrums this past October at the Crocodile. Not only are these cats great musical artists but they are good people and devoted fathers and husbands. They put on a killer show in front of their hometown fans. The best is yet to come from this blue eyed soul outfit.

In addition to seeing and talking with The BGP at the Crocodile, I also met up with brother and sister Carson and Tess Henley. They are getting ready to head to Philly next month to work on their next project.

To get a taste of our interview, click the player below or download to your mobile device.

Not only is he a multi-media journalist, he is also an accomplished musician. He is the founder of SMI and drives the creative look, feel and branding for the publication. His years of writing, arranging, and performing live music in a variety of genres inform his ability to communicate the message and the mechanics of music. Roth’s work on SMI reflects his philosophy that music is the universal language, and builds community. He believes it has the power to unite people of every race, religion, gender, and persuasion.
Related ItemsCarson and Tess HenleyNWCZ RadioSMI RadioThe BGPThe Crocodile
← Previous Story SMI Radio Ep. 30 On Demand: Hot Bodies In Motion
Next Story → SMI Radio Ep. 32 On Demand: Sean Hensley (Set List Mgt) / “The Gimmer” (Big Wheel Stunt Show) / Aaron and Jane