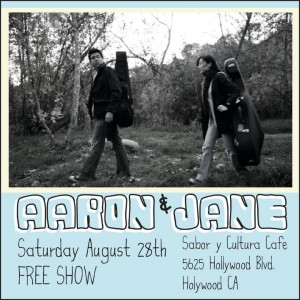 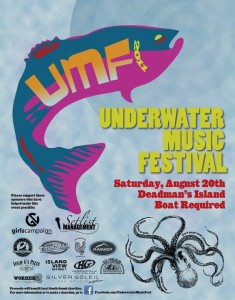 On this week’s show I speak with LA singer and song writing duo Aaron and Jane. They were recently in town for a series of Northwest shows. Their music is also featured.

In addition I spoke with Set List Management’s Sean Hensley about this past weekend’s multi – mega successful Underwater Music Festival.

I also spoke with NWCZ Radio personality and Big Wheel Stunt Show drummer and vocalist Justin “The Gimmer” Gimse about his bands participation in the festival and his radio show, Enter The Rock Pit on NWCZ.

Not only is he a multi-media journalist, he is also an accomplished musician. He is the founder of SMI and drives the creative look, feel and branding for the publication. His years of writing, arranging, and performing live music in a variety of genres inform his ability to communicate the message and the mechanics of music. Roth’s work on SMI reflects his philosophy that music is the universal language, and builds community. He believes it has the power to unite people of every race, religion, gender, and persuasion.
Related ItemsAaron and JaneBig Wheel Stunt ShowNWCZ RadioPerry AckerSet List ManagementSMI RadioUnderwater Music Festival
← Previous Story SMI Radio Ep. 31 On Demand: The BGP and Carson & Tess Henley
Next Story → SMI Radio Ep. 33 On Demand: Portugal The Man / Ian Axel / Fitz and The Tantrums