The Power of Music…A must see video 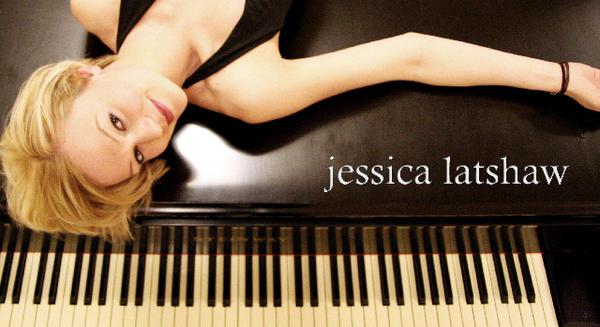 We now live in a world where we are bombarded daily by information, photos, viral videos from multiple sources coming from multiple directions. There is a lot of content to filter through. There are several videos out there designed to warm the cackles of ones heart. Pet videos seem to be the most popular. Being a pet owner myself, I am a sucker for videos featuring cute little furry critters. (One of my cats is sitting on top of my desk as I type this pawing at my monitor.) I digress…

Being the news junkie that I am, I am perusing MSN last night looking for some interesting news to consume and I come across this compelling video (see below). It features two New York artists riding the bus. One is an attractive young woman playing a ukulele, the other an equally attractive man of color with a set of congas.

After exchanging just a few words, they launched into a quirky, soulful and groovy little number called “Ain’t My Friend” to the delight of several subway riders who turned off their iPods, iPhones and other music devices to listen to these two musicians and kindred spirits do their thing in the heart of the Big Apple.

The cool thing? These two artists had never met each other, let alone play music together. Yet, there they were, communicating via the universal language and creating joyful noise. Now, the video audio quality is not the highest but the talent, joy and sound still permeate throughout. Even with the technical limitations of a smart phone camera, you can tell that the woman can sing and play her instrument with the attitude and chops of a pro. She and the gentleman on percussion locked right in and it was on.

I fell in love with this video, so much that I posted it up on my personal and SMI Facebook pages. Based on some of the likes and comments and over 900,000 views, the video seems to have resonated with others as well. Why was I touched by this video? For one, I really dig the song and I love the fact that two total strangers can get together without knowing each other to communicate and share their art through music. It was a pure magical music moment captured for all to see. I would imagine that is why it is connecting with others as well.

One of the biggest reasons that I play, cover and love music is because music does what our politicians and religious institutions sometimes fail to do and that is to break down barriers and  bring people of all races, creeds, colors, genders, religions and sexual preferences together in a positive way. This video that I saw clearly drove that home and really spoke to me.

In the video the names of the artists were not given. Being a hack journalist, I was compelled to find more to this story and track down the name of the musician and singer to see if she had any other music. The name of the singer and ukulele player is Jessica Latshaw. She has a very cool blog called, This Life in Writing. She has also written and recorded some other songs as too. You can check them out here.

The percussionist in the video goes by the name of Quoom1. The person that shot the video is Matthew Schwartz.

Jessica is going to be going into the studio tomorrow, January 8th to record a studio version of “Ain’t My Friend” performed on the video. Hopefully, the percussionist that appears on the video will be on the track as well. I for one am looking forward to hearing it.

This is a terrific story and Jessica is extremely talented. I will be interviewing Jessica by phone Tuesday evening for an upcoming episode of SMI Radio.

I wrote this piece on examiner.com…

Another version “Ain’t my Friend” performed for the second time live with Quoom1 on Saturday, January 14 at The Local 269 in New York

Not only is he a multi-media journalist, he is also an accomplished musician. He is the founder of SMI and drives the creative look, feel and branding for the publication. His years of writing, arranging, and performing live music in a variety of genres inform his ability to communicate the message and the mechanics of music. Roth’s work on SMI reflects his philosophy that music is the universal language, and builds community. He believes it has the power to unite people of every race, religion, gender, and persuasion.
Related ItemsJessica LatshawMSNSMI Radio
← Previous Story The end of world as we know it and we don’t feel fine
Next Story → SMI Radio Ep.46 On Demand: Global Heat / Bob Tomberg (MANW) and Jessica Latshaw