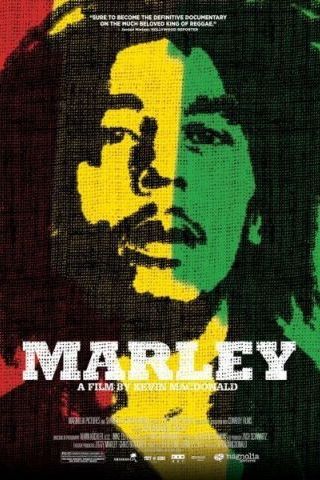 A documentary film about the reggae and music icon Bob Marley, will debut in the US at a South by Southwest Film Festival (SXSW) screening in March and open in North America and the UK April 20 and the Netherlands and Germany in May, with more markets to follow.

The film directed by Oscar winner Kevin Macdonald (The Last King of Scotland, State of Play,) chronicles the Reggae singers life from Jamaica to his superstar status on a global scale and his untimely death from cancer in 1981 at 36 years of age.

The documentary which includes Interviews with people that were close to him, are woven throughout the film. Featured in the movie are his son Ziggy , wife Rita Marley, Jimmy Cliff, bandmates, and Chris Blackwell of Island Records, as well footage and interviews with Marley himself.

Also included will be performances of hits such as “One Love,”  “I Shot the Sheriff,”  “No Woman, No Cry” and “Jammin” will be displayed as well as Bob Marley and the Wailers rare concert footage.

Check out the film trailer…

Not only is he a multi-media journalist, he is also an accomplished musician. He is the founder of SMI and drives the creative look, feel and branding for the publication. His years of writing, arranging, and performing live music in a variety of genres inform his ability to communicate the message and the mechanics of music. Roth’s work on SMI reflects his philosophy that music is the universal language, and builds community. He believes it has the power to unite people of every race, religion, gender, and persuasion.
Related ItemsBob Marley and The WailersJimmy CliffMusic FilmsNewsReggaeZiggy Marley
← Previous Story Live Review: Celebrating Presidents Day the right way with POTUSA
Next Story → Synergia Northwest announces partnerships for Music Matters Live 2012