New Bruuuuuuce… Check out some of the new tracks right here 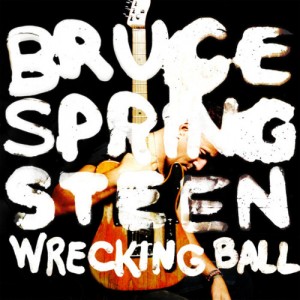 Bruce Springsteen is back with a brand new release, “Wrecking Ball” recorded with the late and great “BIG MAN” Clarence Clemons. “The Boss” will kick off his 2012 tour with a show in Atlanta Georgia. As of now, no Northwest dates are scheduled. This will be the first tour ever without Clarence. The band will be augmented by a five-piece horn section, including The Big Man’s nephew Jake Clemons and Eddie Manion on saxophones.

To this day, Bruce Sprinsteen and The E Street Band is still one of the latest live shows that I have ever seen. Nice to see some new material from this American treasure. Hopefully he will make his way back to the Pacific Northwest very soon.

Check out some of the new tracks below…

Not only is he a multi-media journalist, he is also an accomplished musician. He is the founder of SMI and drives the creative look, feel and branding for the publication. His years of writing, arranging, and performing live music in a variety of genres inform his ability to communicate the message and the mechanics of music. Roth’s work on SMI reflects his philosophy that music is the universal language, and builds community. He believes it has the power to unite people of every race, religion, gender, and persuasion.
Related ItemsBruce Springsteen and The E Street BandNews
← Previous Story Live Review: Glen Campbell says goodbye in grand fashion
Next Story → Artists tell Rush to knock it off