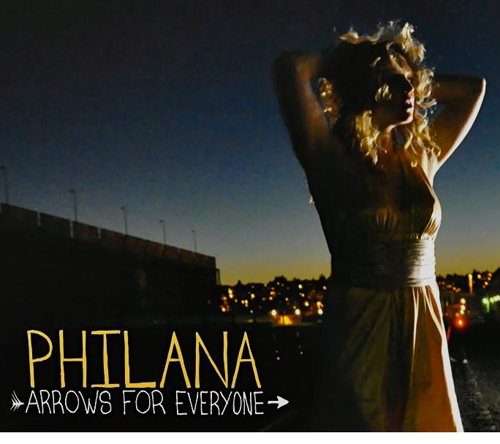 On the next episode of SMI Radio, get a glimpse of the music industry from opposite ends of the spectrum.  Guests Philana Goodrich and Mikhael Williams give us the low-down on bringing a vision to life, both from the artistic point of view, and that of the marketer.

Philana Goodrich is the total package. She writes, arranges, and sings her own material from deep in her soul – and reveals quite a bit of it as she visits the SMI Studio with her drummer and main squeeze, Jordan Clark.

Philana’s brand new record, “Arrows for Everyone,” drops Saturday, April 14th, with the record release that night at Nectar Lounge. I’m honored to say that I’ll be there to MC the show.

In the meantime, Philana opens up about the record that resulted from intense soul searching, with a musical taste of what’s ahead.

For more about Philana, go here.

Mikhael Mei Wiliams, Marketing Manager for AEG Live Northwest, also talks with me via phone. Mikhael is very knowledgable and passionate about music — plus she has fascinating stories about working Bumbershoot and artists coming to Seattle in April. Stay tuned as she brings her expertise and experience to the party as the newest contributor to SMI!

Finally, feel free to freak out over selected tracks from Thomas Dolby (playing The Showbox on Wednesday, April 11th) as well as Chilly Gonzales.

Not only is he a multi-media journalist, he is also an accomplished musician. He is the founder of SMI and drives the creative look, feel and branding for the publication. His years of writing, arranging, and performing live music in a variety of genres inform his ability to communicate the message and the mechanics of music. Roth’s work on SMI reflects his philosophy that music is the universal language, and builds community. He believes it has the power to unite people of every race, religion, gender, and persuasion.
Related ItemsAEG MusicMikhael Mei WilliamsPhilana GoodrichSeattle Live MusicSeattle Music HappeningsSMI RadioThe Showbox
← Previous Story Q&A with Brent Amaker of Brent Amaker & The Rodeo
Next Story → New Music Review: Rocky Votolato “Television of Saints”