Live Review: Peggy Sue brings the fun to The Crocodile 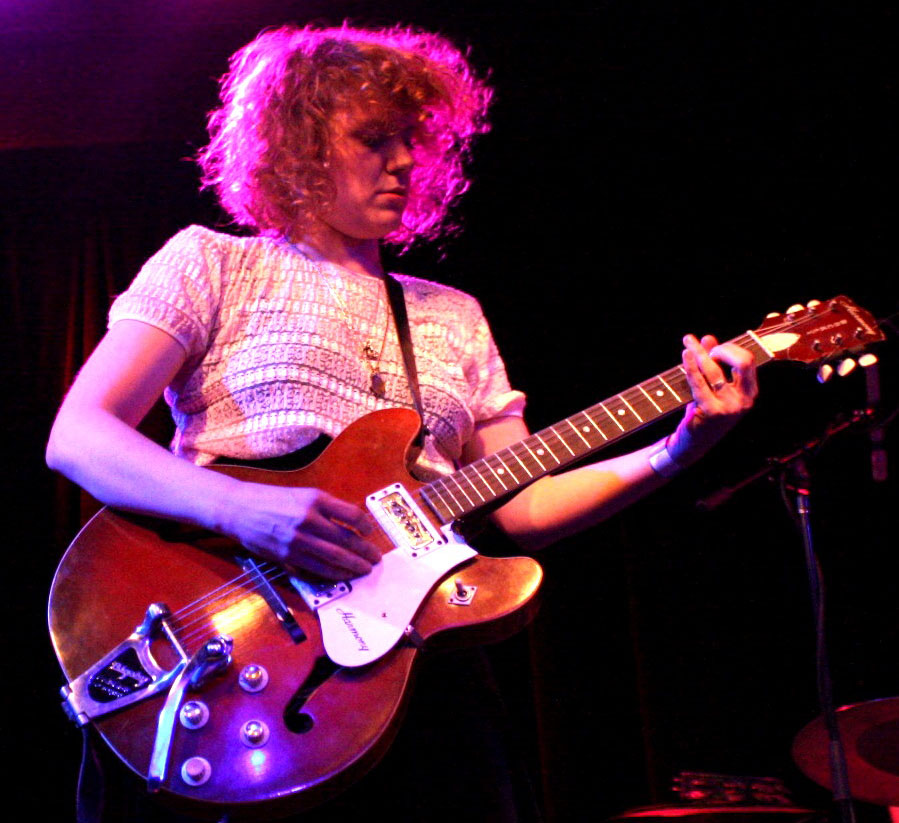 First Aid Kit fans not only got to see their beloved folk band, but also caught the tail end of Peggy Sue’s U.S. tour at The Crocodile, March 11.The versatile trio enticed the crowd with vocal harmonies, syncopated drumming/percussion and flowing guitar melodies.

The audience responded well to the alternative folk music and the candidness of the performers during tuning and small talk, mostly done by Rosa Rex (vocals, guitar, percussion) and Katy Klaw (vocals, guitar, accordion).

While drummer Olly Joyce stayed away from the mic, he said enough with his rhythmic and hard-hitting style that added flavor and thickness to the songs, giving the crowd something to move to. At one point in the show, Peggy Sue did a rendition of “Hit the Road Jack” with Rex and Klaw utilizing just a loop station for fuller vocal harmonies and Joyce backing the entire thing on his drum kit.

Rex impressed with her multitasking, juggling guitar and rhythmic percussion all without missing a beat on vocals throughout the show. Portions of songs featured Joyce’s drumming and Rex’s percussion with no guitars and only the beautiful voices of Rex and Klaw tying everything together. A couple songs omitted drums for a few verses and drew audience attention to the dueling guitars and vocal harmonies, ensuring every musician on stage got to show the crowd just how talented they are.

The venue was packed with excited fans taking over The Crocodile, some listening attentively, and others grooving to the quick beats and smart lyrics of Peggy Sue’s original material, as well as a couple of covers, including Heat Wave, which got a strong reaction.

After a fun, energizing set Peggy Sue wrapped it up with a little taste of their new album, Acrobats, and without a doubt won some fans over. To find more information or purchase Acrobats, visit www.peggywho.com.

Not only is he a multi-media journalist, he is also an accomplished musician. He is the founder of SMI and drives the creative look, feel and branding for the publication. His years of writing, arranging, and performing live music in a variety of genres inform his ability to communicate the message and the mechanics of music. Roth’s work on SMI reflects his philosophy that music is the universal language, and builds community. He believes it has the power to unite people of every race, religion, gender, and persuasion.
Related ItemsAlina ShaninPeggy SueSeattle Music HappeningsThe Crocodile
← Previous Story Live Review: Radiohead gets a little funky at “The Key”
Next Story → New Music Review: Of Monsters and Men “My Head is an Animal”