Live Review: Matthew Sweet Breaks Up With His “Girlfriend” at The Triple Door 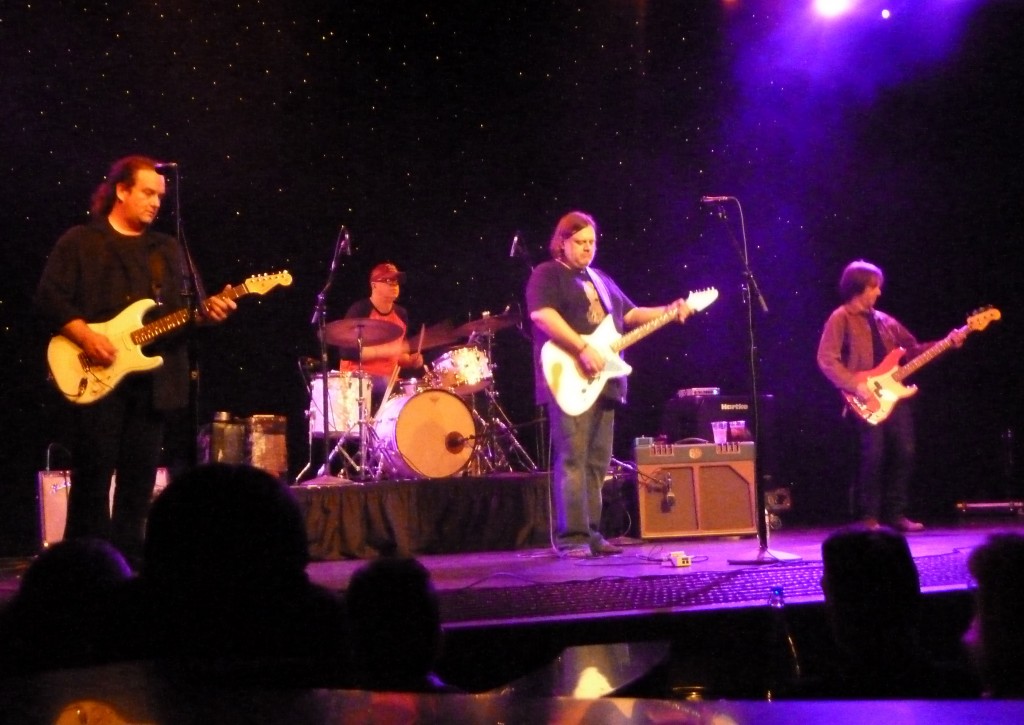 In my opinion, there’s a right way and wrong way to commemorate the 20th anniversary of a legendary album that’s been celebrated, scrutinized, and loved by hundreds of thousands of people. The right way is to try to replicate the album as accurately as possible. If there’s pedal steel or Hammond B3 on several tracks, bring a multi-instrumentalist along to play on those tracks. If there are a handful of ballads that primarily feature acoustic guitar, make sure you’re packing an acoustic or two.

The wrong way is to have no intention to replicate the album’s arrangements, but instead to put together a stripped-down bar-band and bash your way through the tracks as quickly as possible. Unfortunately, this is the angle that Matthew Sweet decided to pursue when hitting the road to revisit his classic 1991 disc “Girlfriend”.

I’ll never forget the first time I heard “Girlfriend” in the fall of ‘91. My friend and ex-roommate Mike Hanford was working for the Beggar’s Banquet label in NYC, and I’d occasionally stop by his offices if I was running errands in the neighborhood. One day I stopped by and he mentioned that an incredible album was about to be released by someone named Matthew Sweet, whom I’d never heard of, but who was signed to a subsidiary of Beggar’s. He played a few tracks for me in his office, and I was blown away by the perfection of the songs, and by the execution of the performances. The harmony vocals leapt out of the speakers and brought me right back to the classic Beach Boys album “Pet Sounds”, backwards Beatles guitars mingled playfully in the background, and the in-studio shenanigans reminded me of the brilliant “Something/Anything” record by Todd Rundgren.

I told Mike that I absolutely needed a copy of the record, and to please let me know when it was available. A few days later Mike called me and said that he had a copy of “Girlfriend” on cassette if I wanted to swing by and grab it. Matthew had heard that I’d raved about his record, and was nice enough to have autographed a copy for me. I swear I played that cassette at least once a day for weeks if not months. The soaring and cutting guitars of Richard Lloyd and Robert Quine were remarkable, and there wasn’t a dud track on the record.

I saw the first “Girlfriend” tour at the Ritz in NYC sometime in ’92 probably. Backstage, I was chatting with Richard Lloyd (who didn’t play on the tour) and Lloyd Cole, and I asked them separately how they ended up playing on the record, and they both had the same response: “I guess just because Matthew is an incredible songwriter.” Indeed. Fast-forward to April 26th at The Triple Door. Matthew’s boyish appearance has changed dramatically since 1992, and he’s now a middle-aged man just like most of the fellas in the audience. Sporting his usual longish hair parted down the middle and dressed in a baggy Navy blue t-shirt and ill-fitting jeans, Matthew looked at the band, rolled his eyes in an “I guess we have to play these songs again” fashion, and launched into the first track, “Divine Intervention.” It was sheer joy hearing those chords again, and when Matthew started singing it was apparent that he’d lost none of his tone, range, or power. However, much like Dylan essentially scats his way through classics like “Maggie’s Farm,” Matthew jumbled lyrics together or changed the metre in a rushed manner, almost like he’d grown tired of singing the song ‘properly,’ and he continued this trend throughout the set.

Matthew’s touring band, Dennis Taylor on guitar, Paul Chastain on bass, and Ric Menck on drums, are stalwarts in Matthew’s arsenal, and have been kicking around with him for many years. This made for an easy camaraderie onstage, and after touring “Girlfriend” since autumn, they knew exactly what to play. I’d like to single out Dennis Taylor’s remarkable job of recreating the leads of Quine and Lloyd. Some of those solos are integral parts of the melody of the songs, and Dennis nailed each part with perfection.

“I’ve Been Waiting,” “Girlfriend,” and “Looking At the Sun” didn’t suffer from the bar-band arrangements, which consisted of seriously overdriven guitars turned up way loud, but when they got to Track #5 “Winona,” one of the most delicate songs on the record, things soured quickly. On the album, “Winona” is plaintive ballad played slowly and lovingly on subtle acoustics with deft electric guitar flourishes and heartfelt pedal steel, but at the Triple Door it became a distorted bash-fest that completely lost any semblance to the original version.

After a sweaty “Evangeline” Matthew announced, “Well, that’s the end of side one. This is where you can hear the needle drifting into the run-out groove. Now it’s time for side two, and side two is looong.”

“Day for Night” was urgent and tight, but the ‘wall of acoustics and mandolins’ sound of “Thought I Knew You” was truly missed as they were replaced by distorted hammerings.

The next three selections, “You Don’t Love Me,” “I Wanted to Tell You,”and “Don’t Go” also feature acoustic guitars on the “Girlfriend” record, but were given the same boisterous, heavy electric treatment at the Triple Door. What an obvious place for an acoustic set, yet apparently Matthew’s Sheraton Gibson wouldn’t fit into the Econovan.

“Your Sweet Voice” was passable, but again – the pedal steel and quiet arrangement of the album version was missed.

Now, “Holy War” was meant to rock and be loud, and it certainly was. This was my favorite song of the set, and Matthew sang it with the same hopeless urgency as twenty years ago.

However, on the closing number, the beautiful “Nothing Lasts,” the heavy-handed electric guitar once again took center  stage as Matthew stood alone, amp turned up to 8, distortion box turned up to 6, and massacred one of the best songs he’s ever written. The vocals couldn’t be heard above the din, and if you didn’t know he was playing “Nothing Lasts” you could be forgiven for thinking that he was doing a cover of Judas Priest’s version of “Diamonds and Rust.”

Once “Girlfriend” was finished, Matthew drew a heavy sigh, smiled, and announced that they didn’t want to end on a “downer song” so they’d be playing several more that were more upbeat, including “Sick of Myself” (which sounded pretty awesome).

In the end I’ll say this to Matthew: If you’re going to tour a specific album that’s LOVED by all in attendance, and whose nuances are burned into our aural brains, please make an effort to pay due respect to the songs and to the fans. Hitting the road with no intent to accurately celebrate your own achievement seems harried and puzzling, and leads one to question your motives. “Girlfriend” is one of the best pop albums ever recorded, and should be recognized as such, so why go onstage and act like you’re playing tired cover songs from “Nuggets Volume 1”?