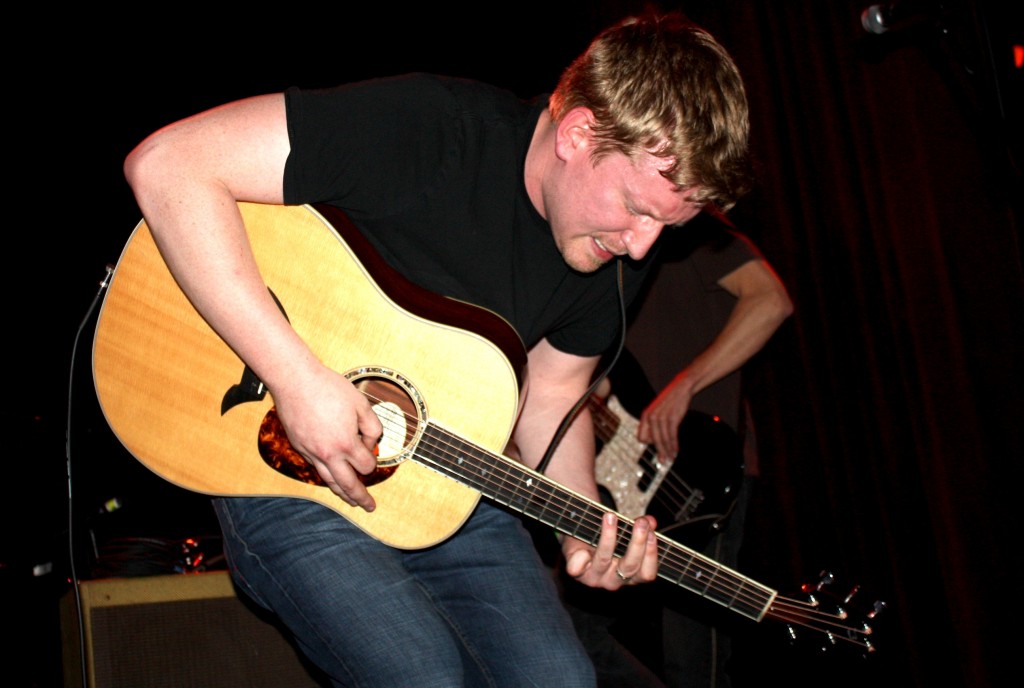 The Nectar Lounge once again lived up to its solid reputation of bringing quality entertainment and presenting the most talented musicians to come through Seattle. May 10th’s show attracted a decent crowd, offering a variety of music to enjoy, starting with the funky rhythms of Funktion and ending with memorable rock ‘n’ rolling riffs of Eric Tollefson and Acorn Project.

Funktion kicked off the night with a few upbeat tunes, showing the audience just how well the name suits the six-piece funk machine. The energy and enthusiasm shared on stage lifted the mood of the venue as the night progressed, attracting passersby of Fremont. Most of the songs were from the album Step Into It, including Relaxation Station, a fan favorite featuring an intense hand drum solo by Jeremy Reisig – which provoked a few in the crowd to claim the floor as a personal dance platform.

Once Eric Tollefson and his bandmates took the stage, the crowd grew and loosened up for a little dancing and headbobbing. The young and quickly establishing songwriter was grateful to play alongside Gabe Johnson (lead guitar), Patrick Pearsall (bass) and Nick Molenda (drums). While Tollefson’s acoustic guitar and great vocals commanded everyone’s attention, the slick chord progressions of Johnson on his telecaster were definitely the star of every solo.

Tollefson tries to model his shows after the greats who have perfected the art of musical flow, with segments of buildup and moments of calm. His new record, The Polar Ends, not only captures the essence of Tollefson’s idea for a perfect show, but also demonstrates his intimate grasp of music, which transcends genres and blends the best of blues, acoustic, and rock.

The Acorn Project wrapped up the night with an impressive set of original material featuring the talents of Andy Pritiken on lead vocals and guitar, Tristan Curran on lead guitar, Sam Lax on saxophone, Todd Benedict on drums, Oskar Kollen on keys, and Scott Vaillancourt on bass. While this electro-funk-rock group has gathered quite a following over the years for their intriguing compositions, nothing livened up the crowd as much as the amazing cover of Joe Walsh’s Life’s Been Good. With the band’s perfect imitation of the funky instrumental parts, syncopated rhythms, and Andy Pritiken’s undeniable vocal resemblance to the Eagles’ star, the performance could pass for the original.

Not only is he a multi-media journalist, he is also an accomplished musician. He is the founder of SMI and drives the creative look, feel and branding for the publication. His years of writing, arranging, and performing live music in a variety of genres inform his ability to communicate the message and the mechanics of music. Roth’s work on SMI reflects his philosophy that music is the universal language, and builds community. He believes it has the power to unite people of every race, religion, gender, and persuasion.
Related ItemsAcorn ProjectAlina ShaninEric TollefsonFunktionNectar LoungeSeattle Music Happenings
← Previous Story Shakin’ The Temple in the name of love (Photos)
Next Story → SMI Feature: Oly Music Awards make history at Capitol Theater