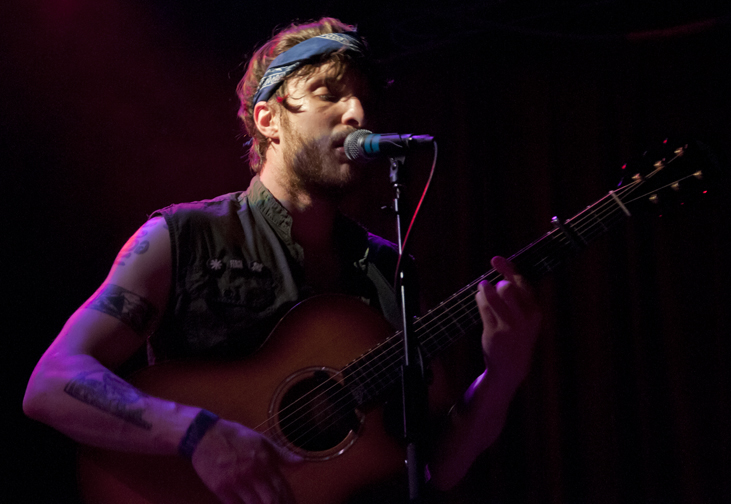 Check the local concert calendars and you will see that there is no shortage of great shows, large and small taking place across stages throughout the city. Having a rich selection of great live music makes it difficult in terms of deciding what to see and cover.

When I received the invitation to attend and cover Deep Sea Diver and Ravenna Woods at Neumos, it was a no brainer. On paper it was one of the most attractive bills on tap for the month of May. Both groups are extremely talented and offer enticing and compelling music be it by land or sea. The packed house at one of Seattle’s favorite music spots seemed to concur.

Deep Sea Diver, led by the tasty guitar tones and vocal stylings of Jessica Dobson put on a fantastic show and performed a healthy sampling from their most recent effort, “History Speaks.” The show opened with “Keep it Movin” and that is exactly what the group did for their entire 45 minute set.

Backed the powerful rhythm section of Peter Mansen and John Raines, Dobsen toggled back and forth between guitar and keyboards and delivered wonderfully haunting and intense vocal performance.

Offstage Mansen is quite mild mannered and friendly but once he gets behind the drum kit; his inner “animal” (from The Muppets) becomes unleashed. He and bassist Raines, provide a tight and heavy foundation in which for Dobson’s tasty guitar tones and unique vocal melodies to weave in and out and over top of and showcase Dobson’s versatile and rich vocal range.

Some of the highlights of the set were N.W.O. the afro-beat tinged, “You Go Running.” The band presented a new number to audience called “All Talk” The lyrics were literally penned backstage prior to the show so the track was right out of the box.

For those that missed the show, Deep Sea Diver will return to the Northwest to play Bumbershoot in September. The band is getting ready to go out on Tour with The Shins, with Dobson performing double duty with them and Deep Sea Diver.

Ravenna Woods performed one of their last shows before they step into the studio to work on their new Record.

The group makes great records but when the boys step on stage in front of a live audience, their sound really comes to life.

Chris Cunningham stalked the stage strummed, stroked and picked his acoustic guitar like a man possessed. His vocal delivery and overall performance is delivered from every nerve in his body and every ounce of his being.

He and Brantley Duke’s, almost Simon and Garfunkel type vocal blend was flawless. Duke who plays mandolin, toy piano, xylophone and percussion along with drummer Matt Badger and Cunningam created a “wall of rhythm,” that is raw and tribal in nature.

Ravenna Woods played several songs from their most recent discs “Demons and Lakes” and “Valley of The Headless Men.” Some of the highlights of their set were and energetic and passionate performance of “Ghosts” and “Careful Where You Are” were particularly compelling but the whole set was solid as a rock. Portland’s Pure Bathing Culture was also on the bill and kicked off the evening with fun and quirky set.

Pure Bathing Culture, Deep Sea Diver and Ravenna Woods are all bands that offer something diverse in terms of sound but the three groups complimented each other very much. The common thread were great songs, solid musicianship with songs, tones and melodies that could not be denied. If each band were a food offering they would all belong on the same plate together and combine to make a very nourishing musical meal. Last Friday’s show at Neumos was a tasty dish and showcased some of the brightest talent that the Northwest has to offer.

Not only is he a multi-media journalist, he is also an accomplished musician. He is the founder of SMI and drives the creative look, feel and branding for the publication. His years of writing, arranging, and performing live music in a variety of genres inform his ability to communicate the message and the mechanics of music. Roth’s work on SMI reflects his philosophy that music is the universal language, and builds community. He believes it has the power to unite people of every race, religion, gender, and persuasion.
Related ItemsDeep Sea DiverLive ReviewNeumosPure Bathing CultureRavenna WoodsSeattle Music Happenings
← Previous Story Synergia Northwest Music Matters “Live” Complete Wrap Up (Examiner.com)
Next Story → Sasquatch 2012 Preview and Picks (Videos)