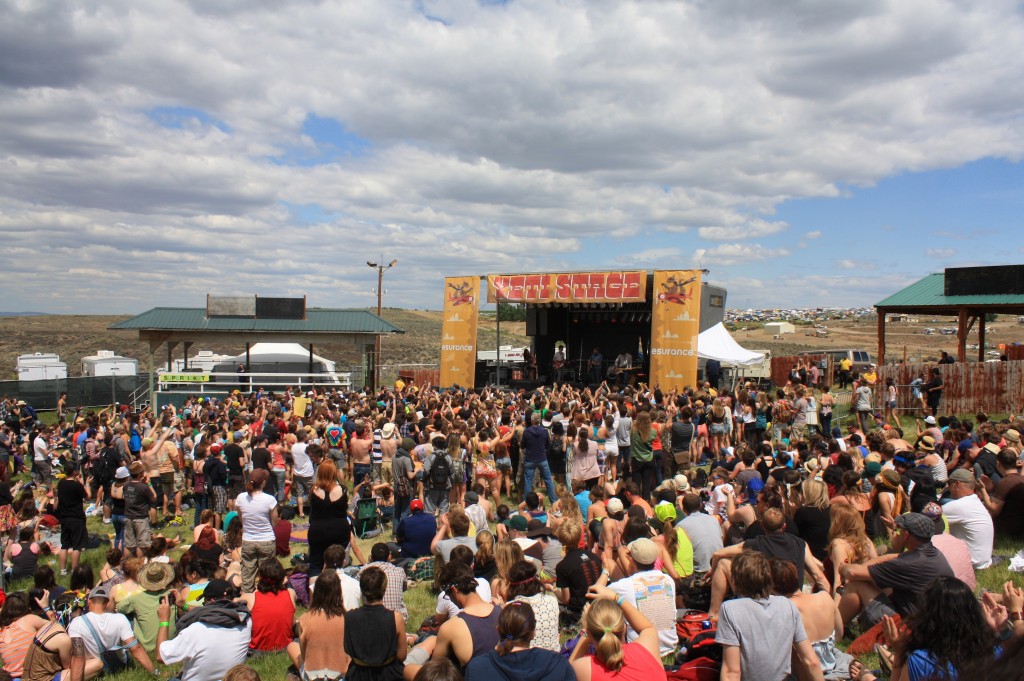 Saturday was jam-packed with a variety of talented performers, including great indie/rock groups like Black Whales and The Helio Sequence, masters of mixing and dubstep including Wolfgang Gartner, Aarab Muzik and Purity Ring, and of course big names including Jack White and The Shins. The crowds were significantly larger than those of Friday night and the energy was higher than imaginable, with campers ready to dance to anything they heard. Those who love rock and indie bands migrated between the Yeti and Bigfoot stages, occasionally dropping in to check out the buzz around the Sasquatch stage, while the ravers stuck to the Banana Shack and Maine stage once the comedy portion of the day wrapped up.

Joy Williams and John Paul White are the heart and soul of The Civil Wars, a spectacular duo that demanded the attention of everyone in attendance while performing on the Sasquatch stage Saturday afternoon. This group, while minimalistic in instruments, was one of the best performers of this year’s festival. Both artists were ecstatic to play the main stage of the festival and expressed their gratitude many times throughout their set. Smiles, laughter, jokes and tons of great music filled The Gorge on the warm afternoon with most of the listeners seeing the duo for the first time. The harmonies Williams and White produced were breathtaking and the power behind Williams’ vocals and piano performance were not affected by the active baby inside of her. (she’s one month away from having a baby). The two shared a couple new songs with the audience after playing a few fan favorites that got the floor singing along and applauding at every opportunity. Both hope to come back and play the festival again, a Sasquatch audience is unlike any other when it comes to attitude and response. Toward the end of the set, The Civil Wars covered Michael Jackson’s “Billie Jean,” adding a little folk flavor to the famous hit. This duo has been steadily gaining recognition since 2008 and for good reason, so check out their music and see a live performance on their next tour. 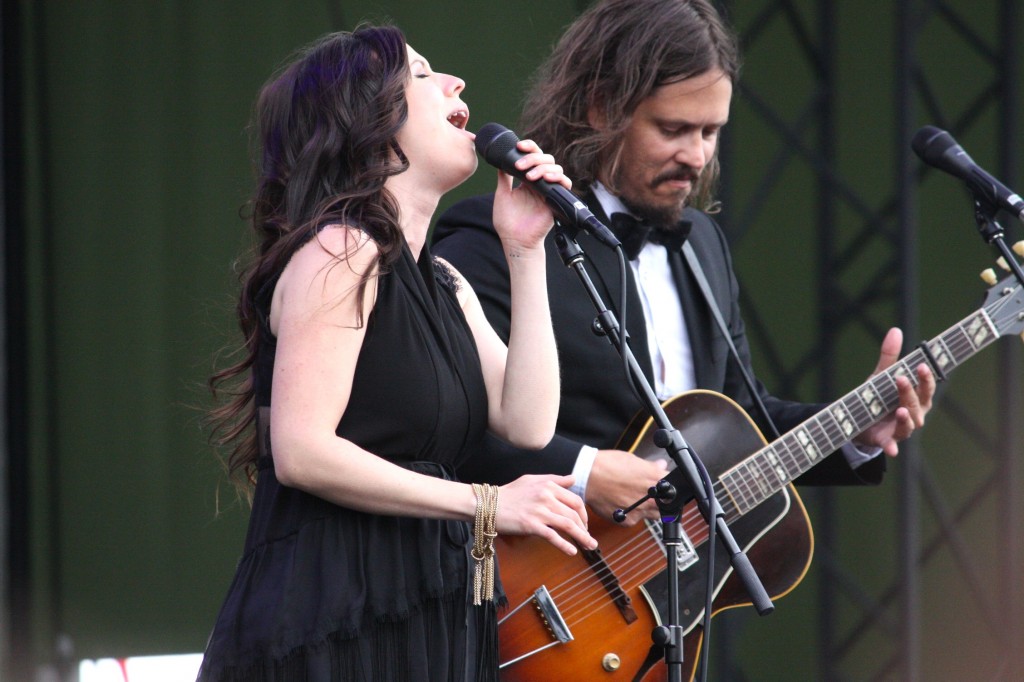 Metric kicked off the evening portion of Sasquatch on the main stage Saturday. Excited fans flooded the floor and field, singing along to popular hits including “Help I’m Alive,” “Gold Gun Girls,” and “Gimme Sympathy.” The indie band, including Emily Haines on vocals, synth and guitar, James Shaw on guitar/synth, Josh Winstead on bass, and Joules Scott-Key on drums, kept the crowd rocking through minor technical difficulties that popped up during Metric’s set. Balloons and glow sticks flew high during the show as the excited dancers cheered and jumped to the music. Haines addressed the audience a few times, thanking them for the love and the opportunity to perform at Sasquatch. 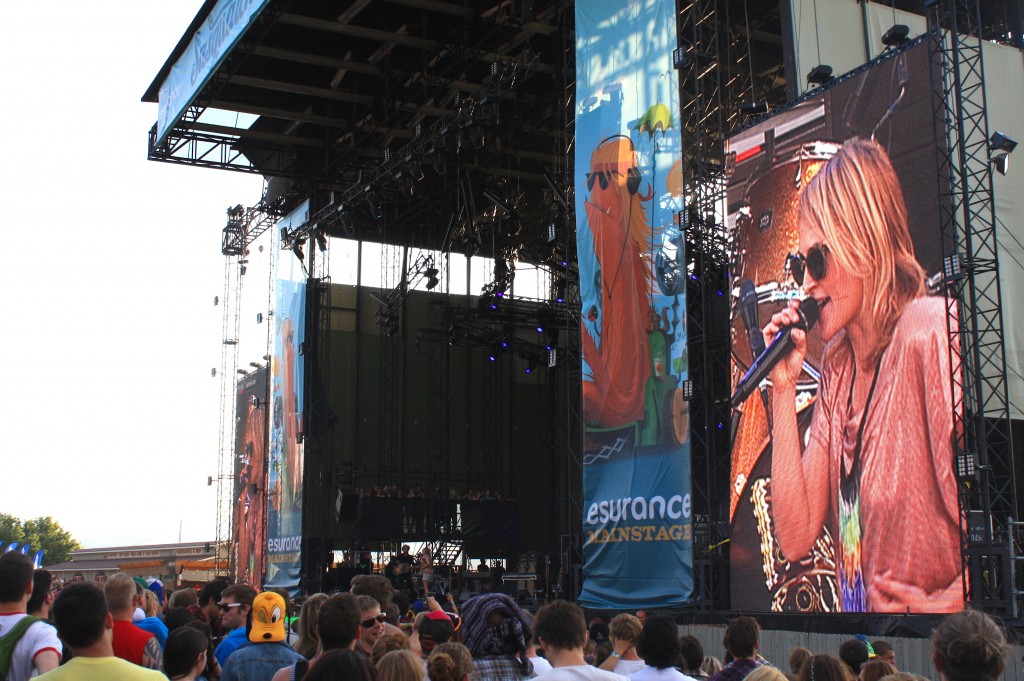 Unfortunately for the other performers, almost everyone in attendance hurried to the Sasquatch stage crowding the floor and filling every standing and sitting spot left on the grassy hill minutes before The Shins went on. Fan support for the band was phenomenal to watch with everyone dancing and cheering for the duration of the entire set. The band’s newer configuration, including Jessica Dobson on guitar, Joe Plummer on drums, Yuuki Matthews on bass and Richard Swift on keys/electronics, all joining the great James Mercer, did an amazing job engaging the audience with the first guitar chord.

The Shins kicked off their set with “Caring is Creepy,” followed by “Australia,” another fan favorite that set the mood and energy for the rest of the show. The late sunset was a perfect backdrop for the show which lasted until 9:30 p.m. at which point the audience on top of the hill could finally see the light show of fading lasers and fog machines.

Every single song received a terrific response with the crowd irrupting in applause and filling the amphitheater with echoing screams of joy. It seemed like everyone in attendance knew all of the songs by heart, humming and ooh-ing in all the right places duing hits like “New Slang” and “Sleeping Lessons,” among others.

During one of the songs a fan in a Sasquatch suit ran onto the stage, surprising the band and getting laugh out of everyone on and off stage.

Before wrapping up a great show full of perfected riffs and vocals from the many years of practice, Mercer indulged the audience with a one-on-one treat. Once the full band was back on stage, the audience sang along and danced to the catchy riffs of “One by One All Day”as The Shins wrapped up their set and cleared the stage for Jack White. 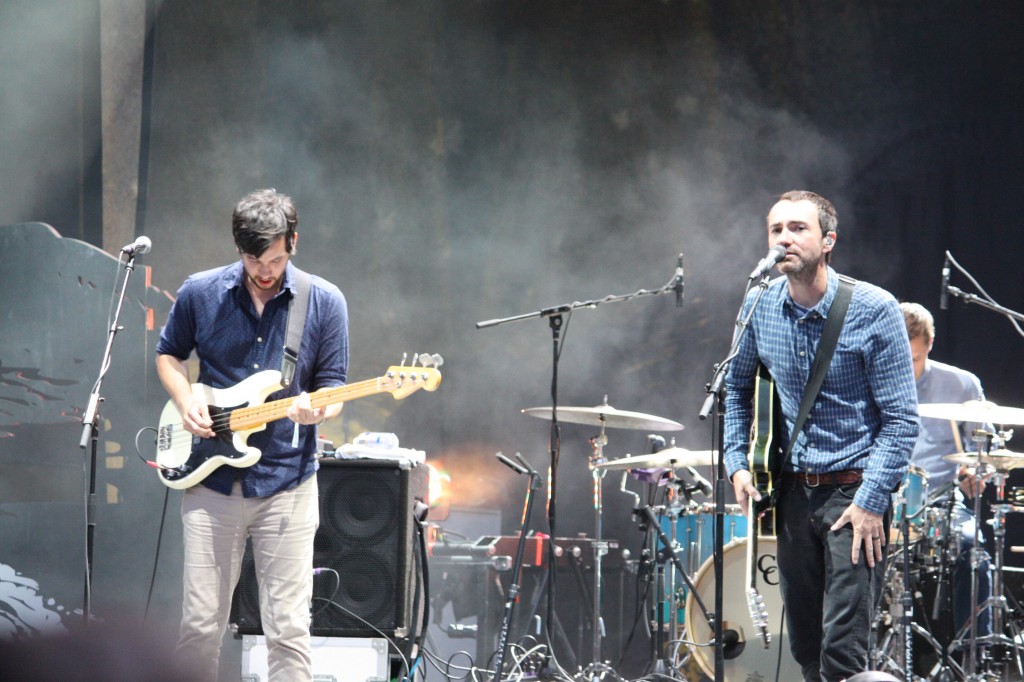 Jack White needed no introduction. Excited fans screamed for a full minute as the lights dimmed signaling the arrival of their rock hero. Once on stage, White dove right in, opening with a White Stripe’s hit “Black Math” and jumpstarting the energetic dancing and rocking out in both sections of the packed floor. The fans finally got what they waited for all day and didn’t waste a second singing along and jumping to every riff and drum kick executed perfectly by White’s backup band.

After riling the audience with a few famous hits, White shared a few new songs as the fans ate up every word and expressed their love for the star through everything from shrieks to throwing around beach balls, glow sticks, and hand signals asking for more. Everything from his rock ‘n’ roll tunes, first made famous by the White Stripes, to the bluesier pieces like “Missing Pieces” was received extremely well by the audience. Vibrations of the driving bass and fun keyboard sounds transformed every hit into a danceable gem cherished by White’s true fans.

Organic sounds of the acoustic bass added a new flavor to the familiar tunes and intrigued those grooving on top of the hill, enjoying an amazing view of the packed floor and a well-exectuted light show. Nothing in the show compared to the response to The Raconteurs’ “Steady as She Goes,” as White asked the crowd to take over the “Are you steady now?” part and become part of the show. It seemed like White could do no wrong by the fans, as they screamed for all of his solos and even guitar changes.

As far as fan loyalty is concerned, Jack White takes the trophy for the most excited and supporting fans of the Friday and Saturday portion of the festival. 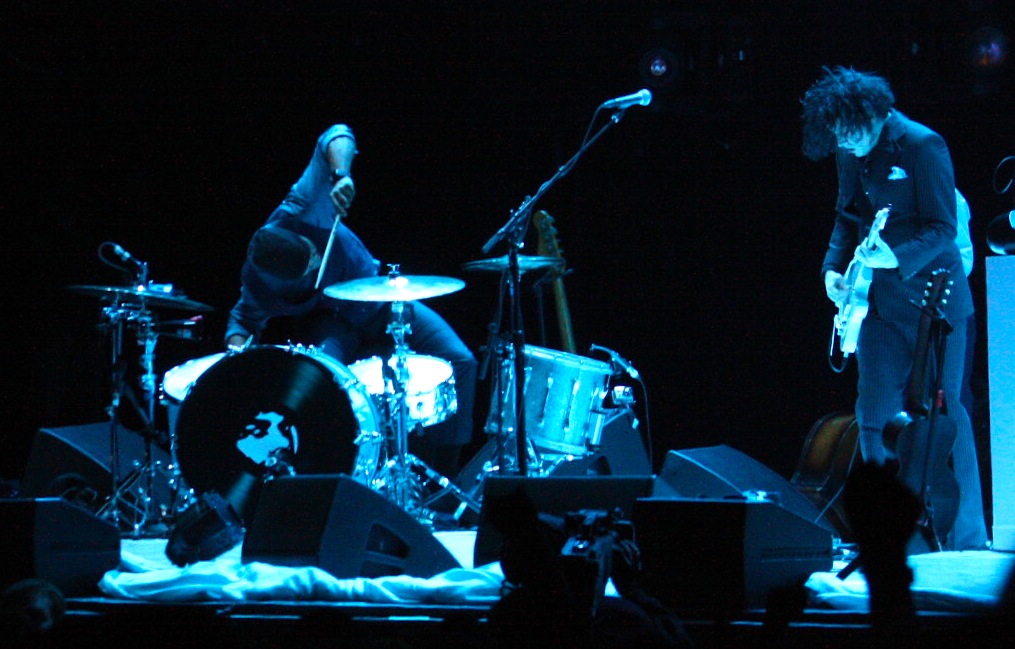 The Helio Sequence duo debuted three songs off an upcoming record on the Bigfoot stage as the sun was beginning to set Saturday evening. The indie group consisting of Brandon Summers on vocals and guitar and drummer Benjamin Weikel were excited to see a large group of listeners enjoy their steady beats and intriguing lyrics. Summers had a perfect timbre for the flowing, dance rock genre backed by the hard-hitting style of Weikel who was rocking out the entire time they played. The crowd grooved to the tunes and cheered for more once the last song was played. 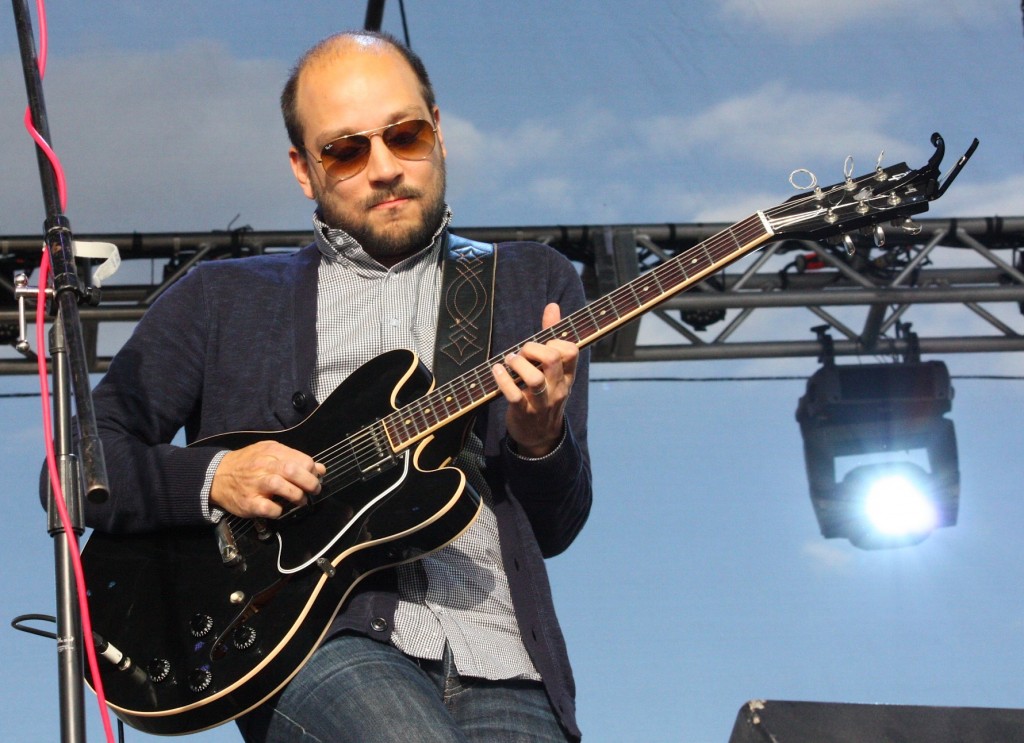 Electric Guest filled the afternoon slot on the Bigfoot stage with an amazing energy and gratitude for all the fan support on their “Mondo” world tour, which started in Germany. Asa Taccone, Matthew Compton and brothers Todd and Tory Dahlhoff are the creative minds behind the electronic pop music that’s spread throughout the world in the last few years. Taccone’s vocal range was one of the most impressive of the entire festival and any other performer couldn’t match his energy. He really felt the lyrics and the music, putting his entire body into every phrase. Aside from a couple workstations (keyboards, synthesizers) adding a distinct electronic flavor to The Beatles-like sound, the band uses a standard set up of drums, guitar and bass. Electric Guest is touring until August and are definitely worth catching live. 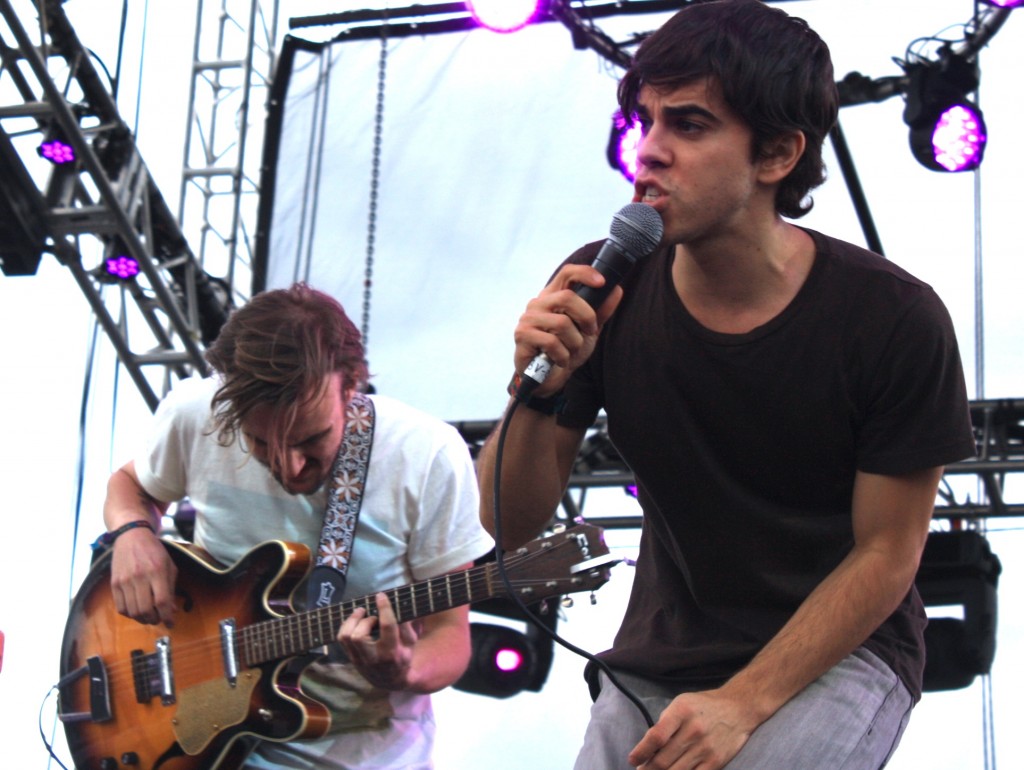 The Black Whales opened the Yeti stage early Saturday afternoon as campers ditched their campgrounds and cars for some easy listening rock with solid rhythms and thoughtful lyrics. While some in the crowd swayed to the tunes of this psychedelic rock group from Seattle others relaxed on the grassy hill enjoying some food and the gorgeous view. As the set progressed, the number of listeners grew, spilling into the side and back sections of the field. This five-piece group includes Alex Robert on vocals and guitar, Davey Brozowski on drums, Ryan Middleton on bass, Dave Martin on keys and Alan Foote on second guitar. To sample their new single “Vietnam” and to watch for upcoming shows visit: http://www.blackwhales.com. 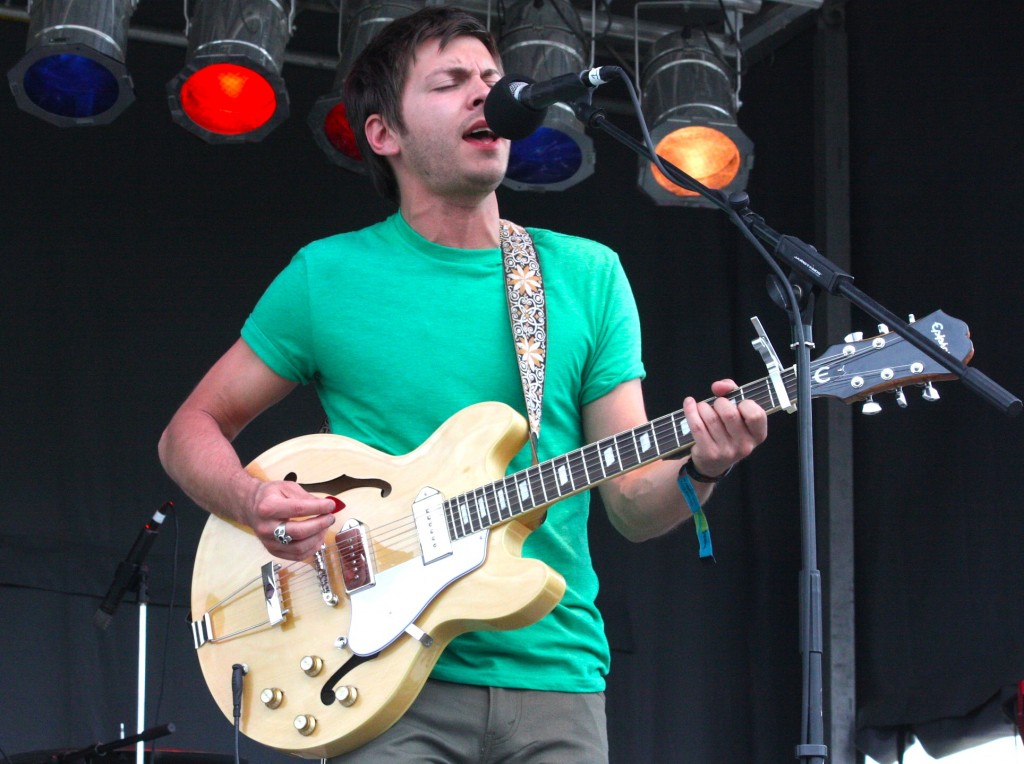 Canada’s pop-rock gem Said the Whale shared tons of great energy and smiles with the crowd in front of the Yeti stage Saturday afternoon. Every one of the five performers looked happy to be playing at Sasquatch and swayed to the multi-dimensional rock, flavored by Jaycelyn Brown’s keys and great vocals from both Ben Worcester and Tyler Bancroft. Once Said the Whale started playing, the crowd grew covering the hillside in happy dancers. Bancroft and drummer Spencer Schoening were rocking out the hardest and keeping audience spirits high throughout the set. 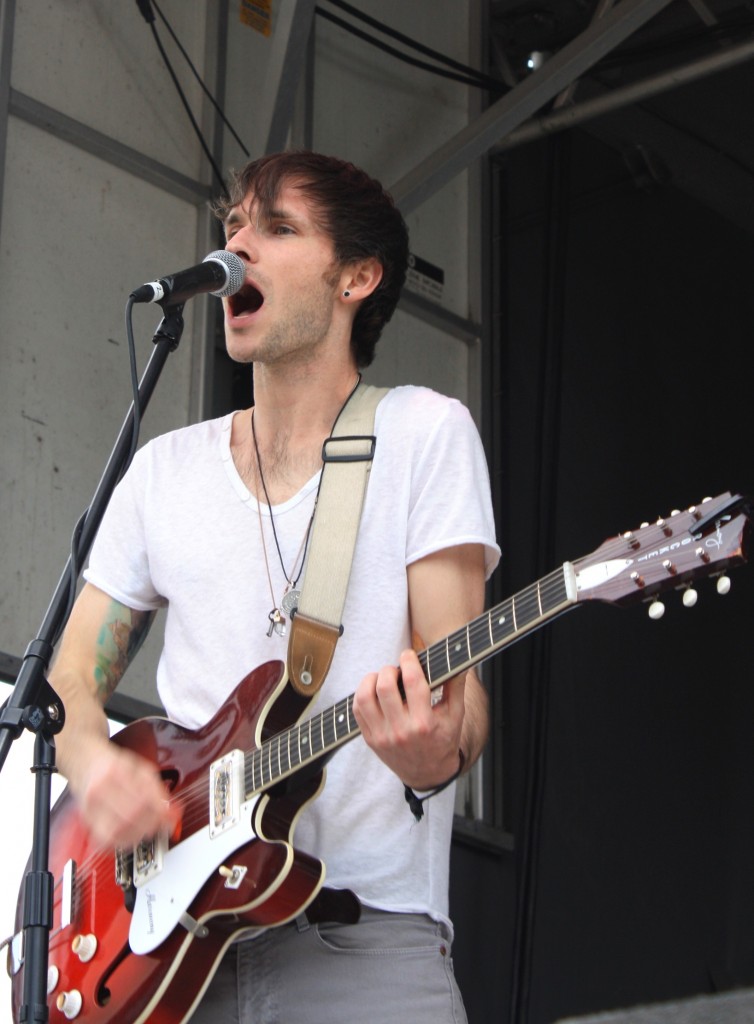 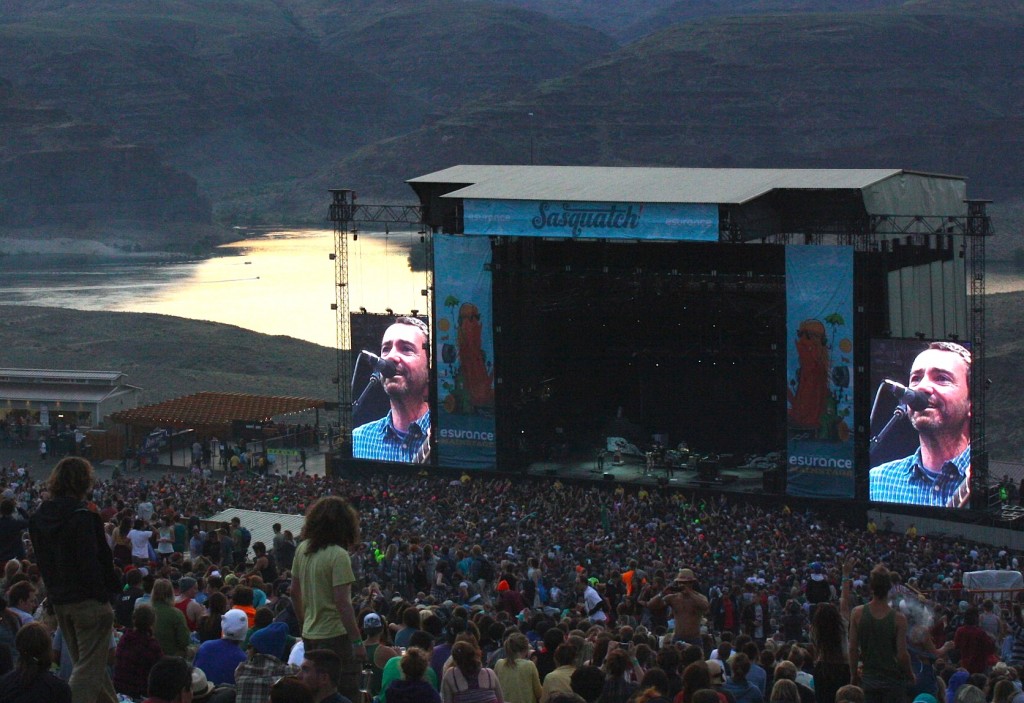 Not only is he a multi-media journalist, he is also an accomplished musician. He is the founder of SMI and drives the creative look, feel and branding for the publication. His years of writing, arranging, and performing live music in a variety of genres inform his ability to communicate the message and the mechanics of music. Roth’s work on SMI reflects his philosophy that music is the universal language, and builds community. He believes it has the power to unite people of every race, religion, gender, and persuasion.
Related ItemsAlina ShaninElectric GuestJack WhiteMetricSeattle Music HappeningsThe Civil WarsThe Helio SequenceThe Shins
← Previous Story Alina’s Sasquatch Day 1 Highlights (Photos)
Next Story → Timmy’s Top 5 Sasquatch Sets from Days 3 and 4 (Photos)