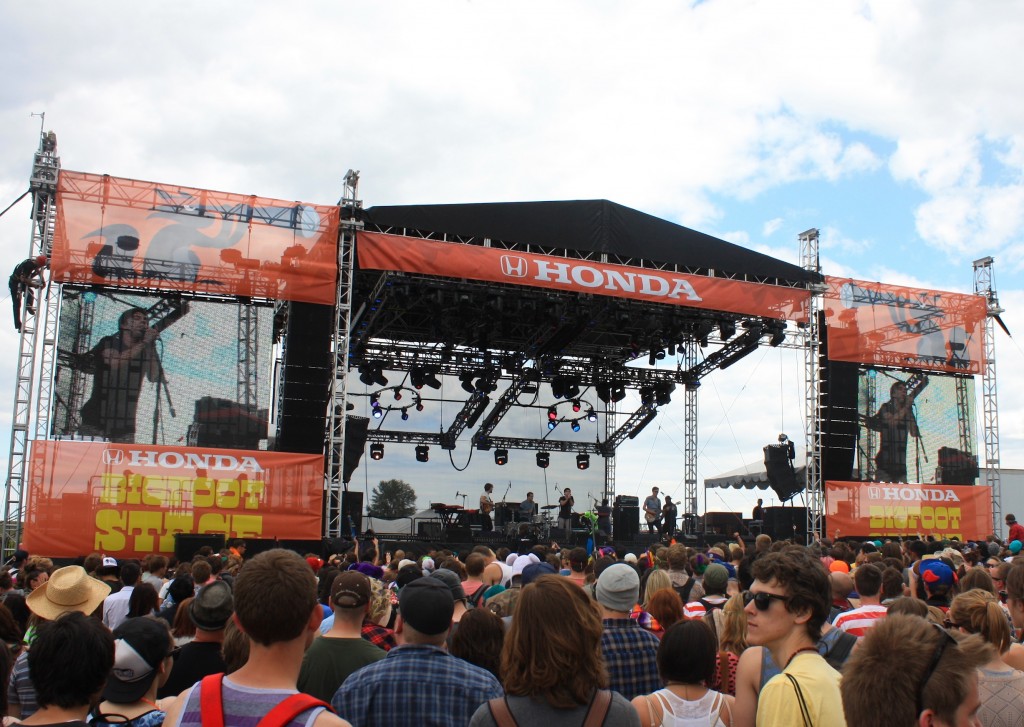 Darren Foreman, better known as Beardyman, had the Banana Shack full and bouncing to his electronic improvisations on Sunday, May 27th. Foreman began his set by explaining that he works with no loops, has no set list and makes everything up on the spot. He went on to inform the crowd that the set-up he was using for this particular performance was 8 years in the making and that it was its maiden voyage. His pleased facial expressions accompanied with a little “yeah!” while looking down at his new equipment conveyed a child-like excitement, an excitement that the crowd translated into an in-unison hopping dance-party. 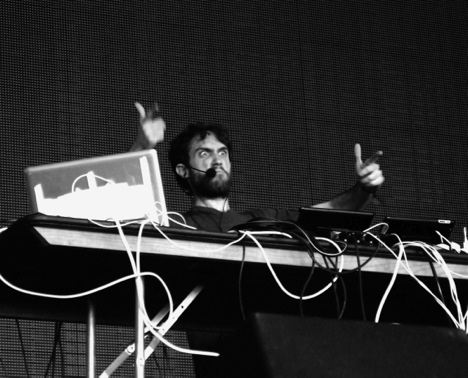 I know this is Seattle MUSIC Insider but since I am a huge comedy nerd and these guys were a part of the festival so I absolutely had to include them.

First off I want to salute each one of these performers for dealing with the unfortunate stage placements and haphazard set scheduling.  I don’t know about you guys but if I was going to schedule stand-up comedians and electronic/hip-hop groups to play at the same time I certainly wouldn’t put them on stages that are only about 200 yards away from each other, especially if the electronic/hip-hop stage was facing directly at the open end of the 3 sided tent where the comedy was taking place. Despite the painfully distracting “woomph woomph” reverberating off of the vinyl walls of the Banana Shack, each comic executed their sets with laser accuracy. In fact the shouts of the MC’s coming from behind the audience made for excellent comedic fodder for the visibly irritated, but ever professional comedians.

James Murphy, the founder of DFA Records and the now defunct LCD Soundsystem, closed out Sunday night with a 2 hour dance party in the Banana Shack. The large white tent filled quickly but that did not stop the movers and shakers of Sasquatch from busting a move outside on the grass. While I did not see every DJ or electronic artist at Sasquatch, I will say that Murphy is the only one out of those I saw that primarily spun wax. What is impressive about this is most dance music is created through sequencing and samples triggered through the push of a button yet, Murphy kept the party going just as adequately as, if not better than, his contemporaries with vinyl records. Now, I am not discrediting the evolving way in which DJ’s inspire booty shaking but there is something to be said about mixing loops and samples that are spinning in real time on vinyl. I am sad to say that I never saw LCD in concert but at least I did get to stand 10 feet away from one of my biggest inspirations as he rocked my home state. 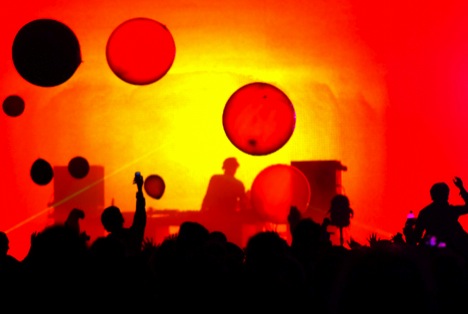 Putting SBTRKT above James Murphy on my top 5 list was very hard to do. And in doing so I must clarify that SBTRKT has not over-taken Murphy on my favorite list, but I have to admit that I got more out of the London based DJ’s set than that of my idol’s. Within the first few measures the journalist in me had disappeared and I was in full on fan mode. My head bopped in tandem with the bouncing crowd as I watched the nimble hands of a master DJ bounce atop an Akai APC-40, manipulating knobs and switches that I will never understand. I was lost in a trance for about 25 minutes when I was jarred back to reality by the bittersweet fact that soon Tenacious D would grace the main-stage. I seriously contemplated sacrificing the first half of The D’s set so that I could stay at the dance-party, but I knew that I would regret it. While I am positive the remainder of SBTRKT’s set was of the utmost excellence, I am extraordinarily grateful that I listened to the little devil on my shoulder that urged me to hurry to gravel at the feet of the mighty Tenacious D. 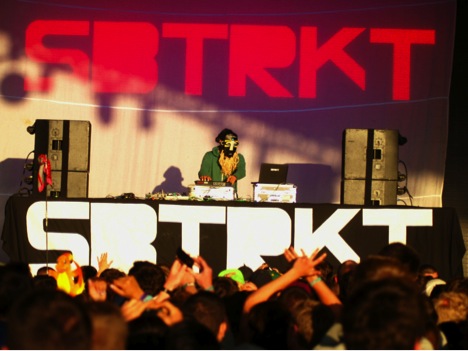 On Monday, May 28th 2012, sometime between 8:30 and 9:90 pm, comedy, theatre, musicianship and charisma all boiled down into a singularity of rock and roll perfection in the middle of nowhere, Washington State.

I made it to the main-stage area just as the portly duo mounted the stage adorned in white fur coats. After a few triumphant moments of straight-faced crowd scanning, two roadies disrobed Jack Black and Kyle Gass much in the way a medieval servant would his or her master. The backing band made their hasty entrance and the show kicked off with the title track of the latest D album “The Rise of the Fenix”. Behind the drummer I noticed a large mound of red fabric. I knew it would be inflated to reveal something, but what I wasn’t sure. Likely a demon or the devil I thought…how could I have not seen what was coming after seeing the album cover of “Fenix”? The hard-hitting groove of the opening tune chugged along and slowly the silky amorphous blob filled with air to reveal an extraordinarily suggestive rendering of the mythical bird from which the new album takes its name (for a shot by shot sequence of this go check out my slideshow.) Playing a well-balanced selection from the original album, POD soundtrack and their latest effort, JB and Rage Kage likely pleased everyone from the casual listener to the die-hard D fan in the crowd that night. 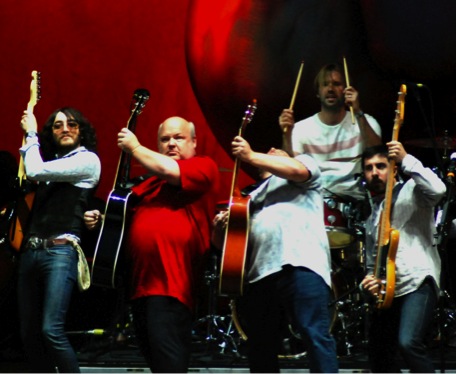 Not only is he a multi-media journalist, he is also an accomplished musician. He is the founder of SMI and drives the creative look, feel and branding for the publication. His years of writing, arranging, and performing live music in a variety of genres inform his ability to communicate the message and the mechanics of music. Roth’s work on SMI reflects his philosophy that music is the universal language, and builds community. He believes it has the power to unite people of every race, religion, gender, and persuasion.
Related ItemsBeardymanFestivalsJames MurpheySasquatch! Music FestivalSBTRKTSeattle Music HappeningsTenacious D
← Previous Story Alina’s Sasquatch Day 2 Highlights (Photos)
Next Story → Three Imaginary Girls to celebrate 10 year anniversary at Chop Suey