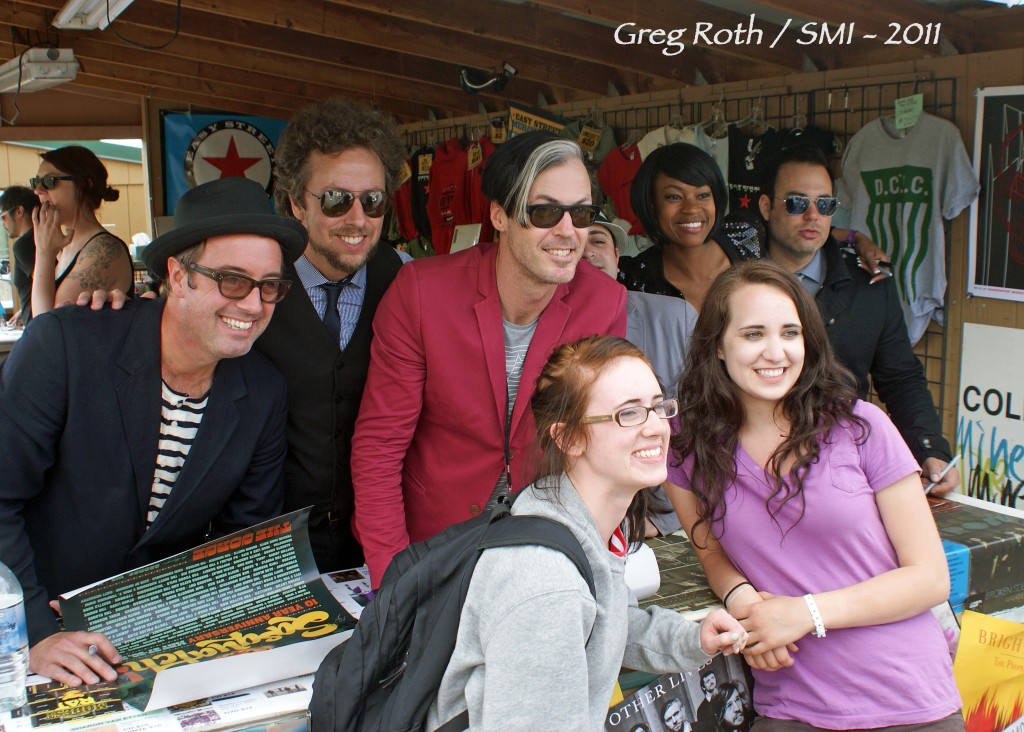 Not only are they be one of the hardest working bands in showbiz, they are perhaps one of the most fan-friendly as well. Via the magic of social media, the band have taken fans with them on their incredible journey throughout the world and into the recording studio. As grueling as their schedule is, they are never too busy to stay long after the last downbeat signing autographs and posing for photos with fans. Because of this and their brilliantly infectious songs, Fitz and The Tantrums have endeared themselves to legions supporters and have won over critics worldwide.

The Rock n’ Soul outfit has several summer dates booked, including performances with Dave Matthews Band, Ben Harper and Blues Traveler. FATT was up in the Northwest last year to play Sasquatch, Bumbershoot and two shows at The Showbox at the Market. They’re returning to the Northwest to play the Capital Hill Block Party main stage on Friday, July 20th, at 10:45pm.

You don’t have to wait to get a taste of their live show. Starting today, Fitz and The Tantrums are giving away a second FREE 5-song EP recorded live at the House of Blues in Boston.

The EP includes three live versions of “News 4 U,” “Pickin’ Up The Pieces,” and “Breakin’ The Chains of Love,” plus two live cover songs of “Sweet Dreams” (originally by the Eurythmics) and “Steady As She Goes” (originally by The Raconteurs).

Fitz and The Tantrums has announced that their 2nd album on the Dangerbird Records label will be available Tuesday, October 9th. The six-piece LA combo have been hard at work in the studio recording and producing their newest yet-to-be-named disc. Tony Hoffer, who has worked with Phoenix and Depeche Mode, is at the production helm.

Not only is he a multi-media journalist, he is also an accomplished musician. He is the founder of SMI and drives the creative look, feel and branding for the publication. His years of writing, arranging, and performing live music in a variety of genres inform his ability to communicate the message and the mechanics of music. Roth’s work on SMI reflects his philosophy that music is the universal language, and builds community. He believes it has the power to unite people of every race, religion, gender, and persuasion.
Related ItemsCapital Hill Block PartyDangerbird RecordsFitz and TheTantrumsFree DownloadSeattle Music Happenings
← Previous Story Live Review: a musical journey down Spectrum Road
Next Story → Mayhem Festival 2012 getting ready to rage White River Amphitheatre