Home / Reviews / Festivals / Bumbershoot 2012: quirky and fun on day one

Bumbershoot 2012: quirky and fun on day one 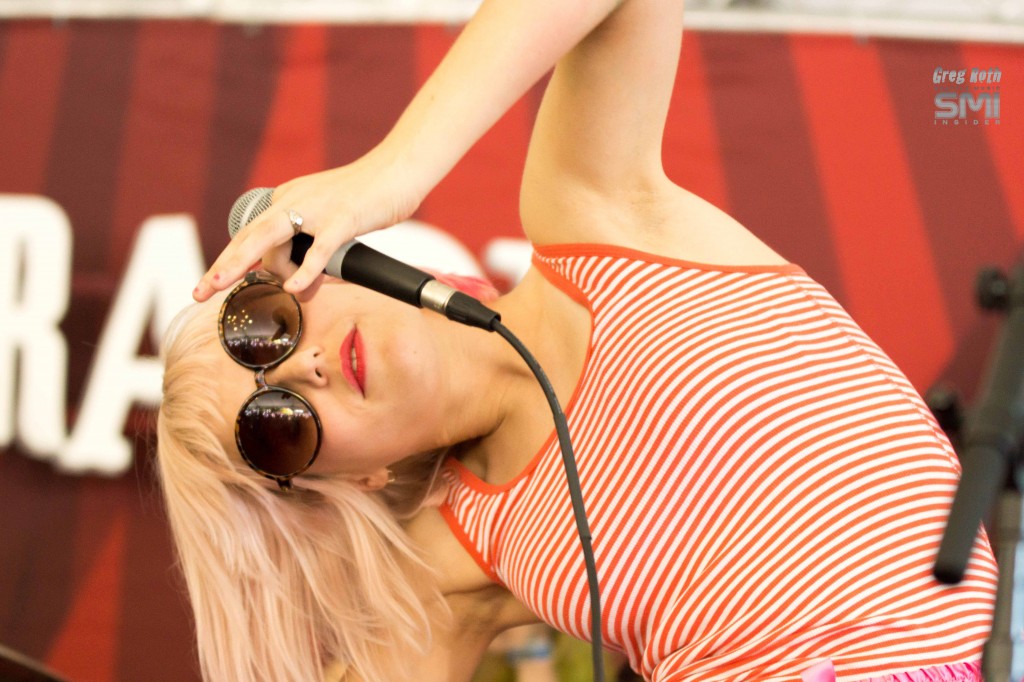 Emily Nokes from TococaT (All Photos By Greg Roth)

Bumberhoot 2012 is now behind us, but post- event coverage is just beginning.

Day 1 started on a positive note with a poppy, peppy performance from TacocaT. The power pop trio, fronted by the charismatic Emily Nokes, put on a high energy set, which included an almost endless supply of bubbles and colorful stage-wear, on the Sub Pop Stage. (The group performed later in the day as well.) Like a cartoon band come to life, TacocaT didn’t come to Bumbershoot to change the world – they just wanted you to smile, dance, and party. Mission accomplished! Their sound is reminiscent of early Go Go’s, The Skirts, and The Slits. These TacocaTs were a lot of fun, and set a great tone for the rest of the Day 1.

The frivolity continued on the TuneIn Radio stage at Fisher Lawn, with the chaotic and rhythmic bombast from the rock / hip hop outfit, Don’ t Talk to The Cops. The duo djblesOne and emeck, along with their cast of many dancers, brought the party. 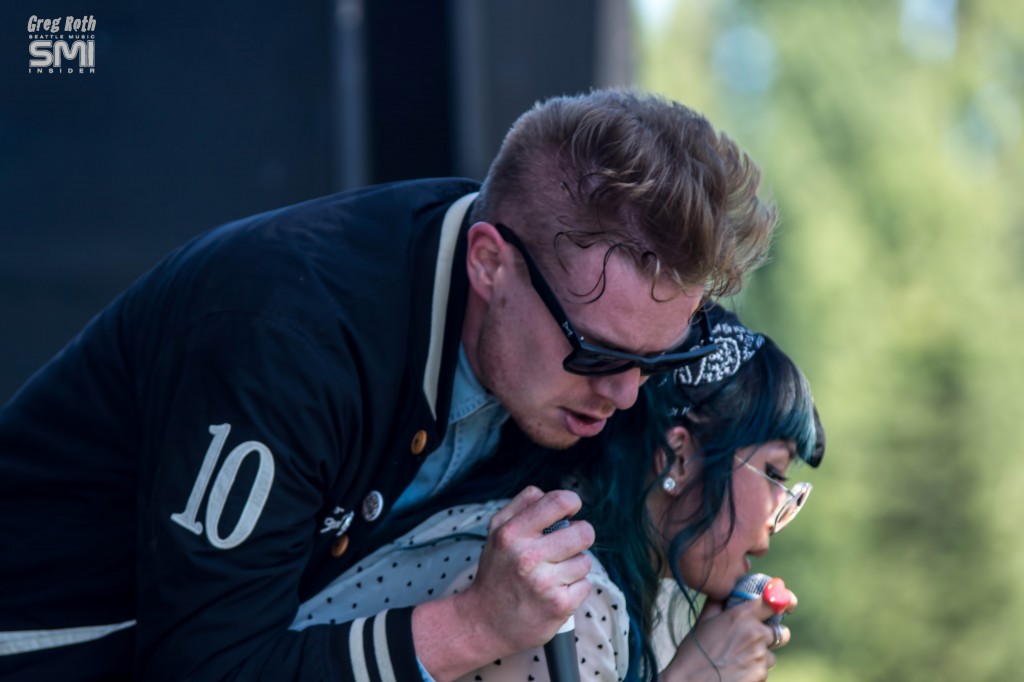 Don’t Talk to The Cops (Photo By Greg Roth)

JC Brooks and The Uptown Sound did it up old school. Donning a 50’s style pompadour, Mr. Brooks, backed by his tight band, shimmied, shook, and boogied, treating fans to retro-sounding r&b / roots rock. The band featured material off their most recent effort, Bloodshot. Now, the band is off to a four-night stand in Sin City. 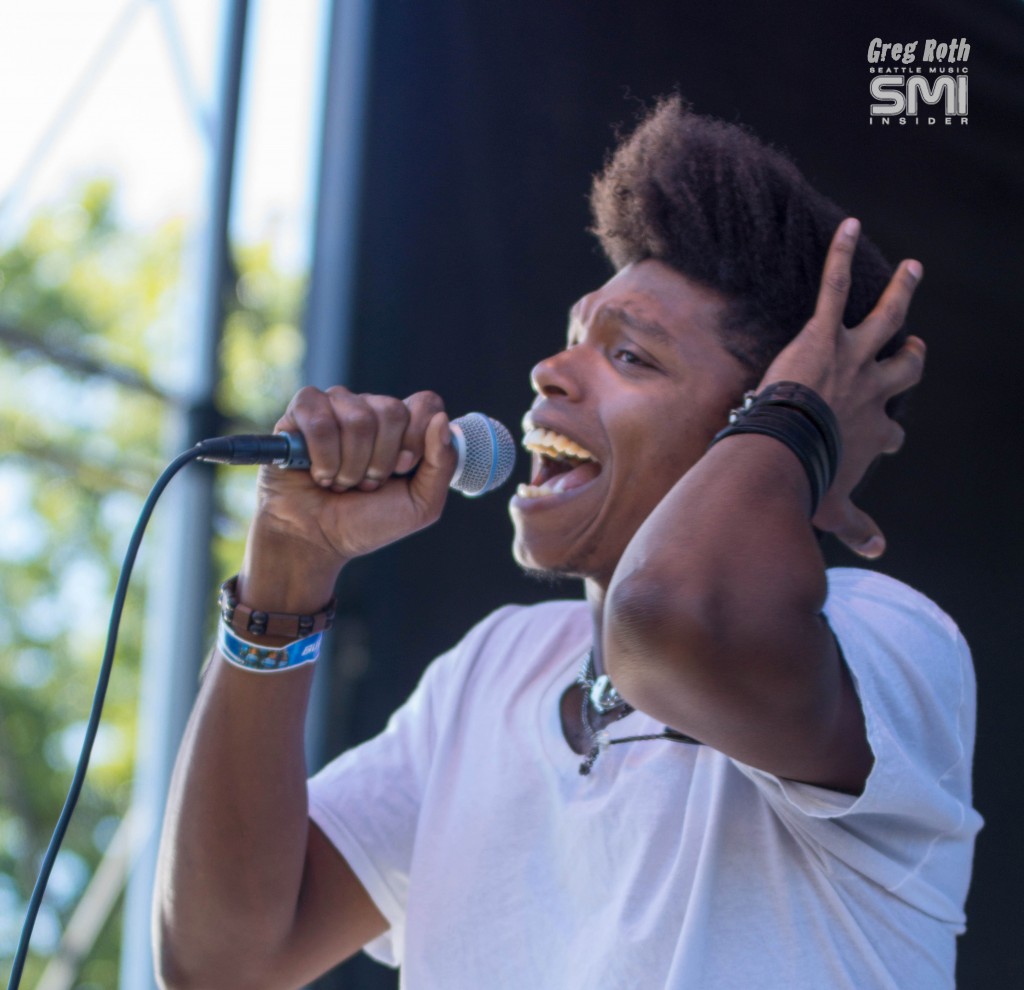 Ayron Jones and The Way were added to the line up at the last minute, due to a cancellation. This was a fortunate thing for the Bumbershoot crowd, because Jones and company peeled the paint off the (Starbucks) Mural Stage wall with guitar pyrotechnics and high energy stage presence – no doubt gaining legions of new fans. 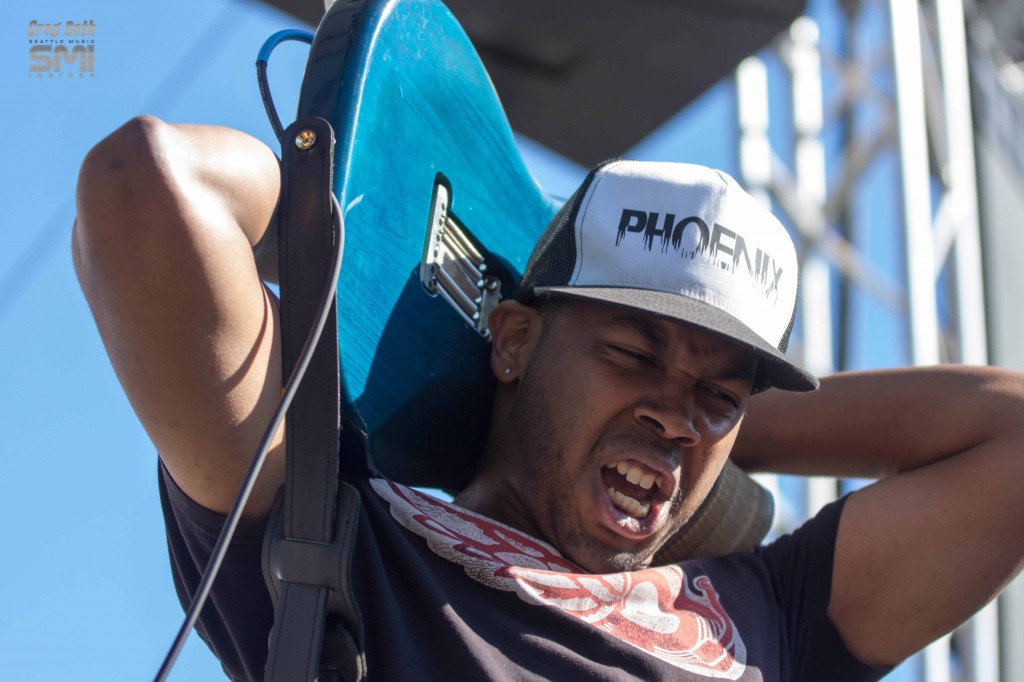 Jane’s Addiction closed out the evening with a very uneven set. The arena rock style show started off with promise, with a brilliant light show and provocative stage props. Unfortunately, the mix was very poor, and front man Perry Ferrell’s performance was deeply unbalanced. The band was tight, however, and a tattooed and mostly shirtless Dave Navarro shredded well as always. Overall, however, the performance was dragged down by Ferrell. The lanky singer’s vocal delivery seemed to deteriorate with each chug of wine he took from the bottle that was stashed within reasonable proximity. Wasted rock stars on stage are sooo late 80’s. Frankly, the band’s legacy and fans deserved better here. 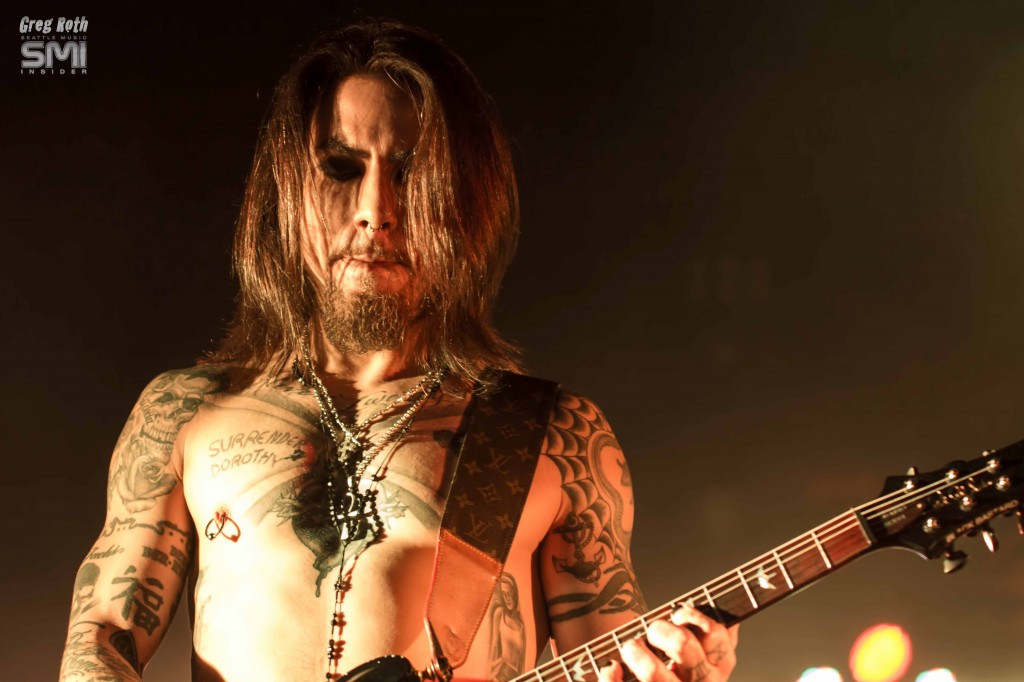 Other notes: Memorable performances from The Heavy, Thee Satisfaction, and King Khan and The Shrines had the crowds buzzing. And you can check out the SMI’s Harrison Mains’ review of Gotye right here.

Festival logistics seemed to be even more convenient this year. The EMP Sky Church stage was eliminated, and the Exhibition Hall was used again. The addition of the Promenade Stage made it much easier to get from stage to stage to see more acts. That said, it is difficult to want to go inside Key Arena with 70+ degree temperatures and sunshine. Personally, I miss the days when the main stage was outdoors. But the upside is that it does funnel a lot of the foot traffic outside the main grounds, making for thinned-out crowds and easier navigation.

Watch for photo slideshows and more in-depth recaps of some very special shows from classic artists later this week.

Not only is he a multi-media journalist, he is also an accomplished musician. He is the founder of SMI and drives the creative look, feel and branding for the publication. His years of writing, arranging, and performing live music in a variety of genres inform his ability to communicate the message and the mechanics of music. Roth’s work on SMI reflects his philosophy that music is the universal language, and builds community. He believes it has the power to unite people of every race, religion, gender, and persuasion.
Related ItemsAyron Jones and The WayBumbershootJane's AddictionJC Brooks and The Uptown SoundSeattle Music HappeningsTacocaT
← Previous Story Bumbershoot 2012: Getting to know Gotye
Next Story → Bumbershoot 2012: a Sunday smorgasbord of musical delights