Anthrax return to Northwest to play Showbox on 9/19 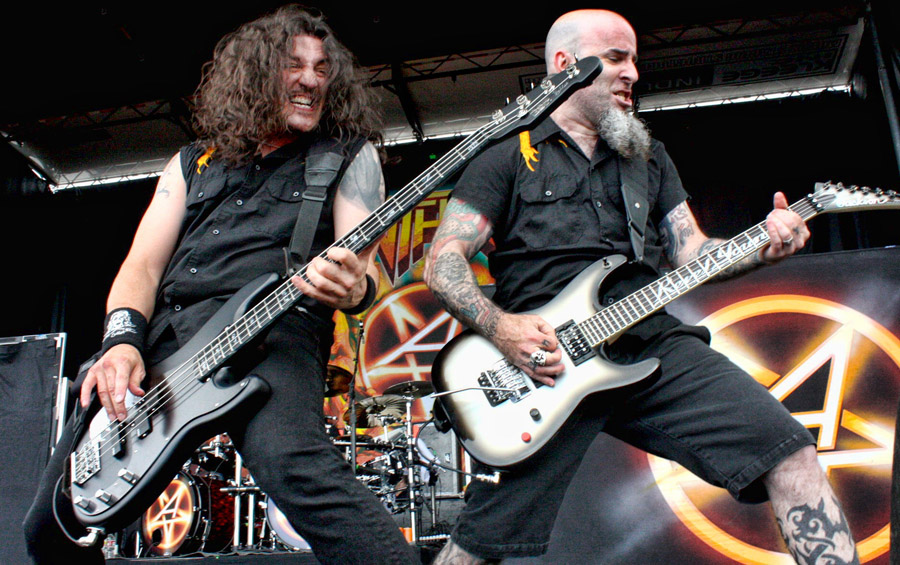 Fresh of the road from the Rockstar Mayhem Festival, Anthrax is taking no time off and diving into their North America tour. The metal legends, joined by Testament and Death Angel and Kill Closet, are re- embarking on the US/Canada adventure, which will last through September and into October.

Charlie Benante will be taking back his throne this tour, after recovering from a wrist injury, which prevented him from participating in Mayhem Fest. Because of this mandatory break, he’s extra excited to get on the road and is looking forward to playing every show scheduled. As for what keeps him and the rest of the band going year after year, he said it’s all about the music that drives you. “It’s very important to the body … like you need water to live and function, and we also need metal,” he said.

Anthrax is promoting their newest album, Worship Music, which some critics have dubbed their best-ever. Benante said comments like that are much appreciated especially since “a lot of sweat and tears went into that record.” It’s no secret the album has a few religious/spiritual undertones, which according to the drummer, have been coming out more and more with age.

When starting out, Benante couldn’t imagine the levels of success he’s reached with Anthrax, including having Got The Time (1990) played on Mars! Like the rest of the band, he loves his fans and appreciates the unconditional support. He’s excited to have most of the founding members back together, and said it’s important to their music.

For aspiring drummers, Benante recommends lots of practice and tons of inspirational listening to help develop an individual style. In addition to perfecting the craft, it’s important to “get that audience-band vibe going. That’s what makes a great show,” Benante said.

The only goal Benante has for this tour is to rock every show even harder than the last one. So get ready to make metal happen with the one and only Anthrax!

Not only is he a multi-media journalist, he is also an accomplished musician. He is the founder of SMI and drives the creative look, feel and branding for the publication. His years of writing, arranging, and performing live music in a variety of genres inform his ability to communicate the message and the mechanics of music. Roth’s work on SMI reflects his philosophy that music is the universal language, and builds community. He believes it has the power to unite people of every race, religion, gender, and persuasion.
Related ItemsAlina ShaninAnthraxSeattle Music HappeningsShowbox
← Previous Story Hot Bodies in Motion steam up the Crocodile (Photo Slideshow)
Next Story → Live Review: Bela Fleck forges new path down Jazz Alley