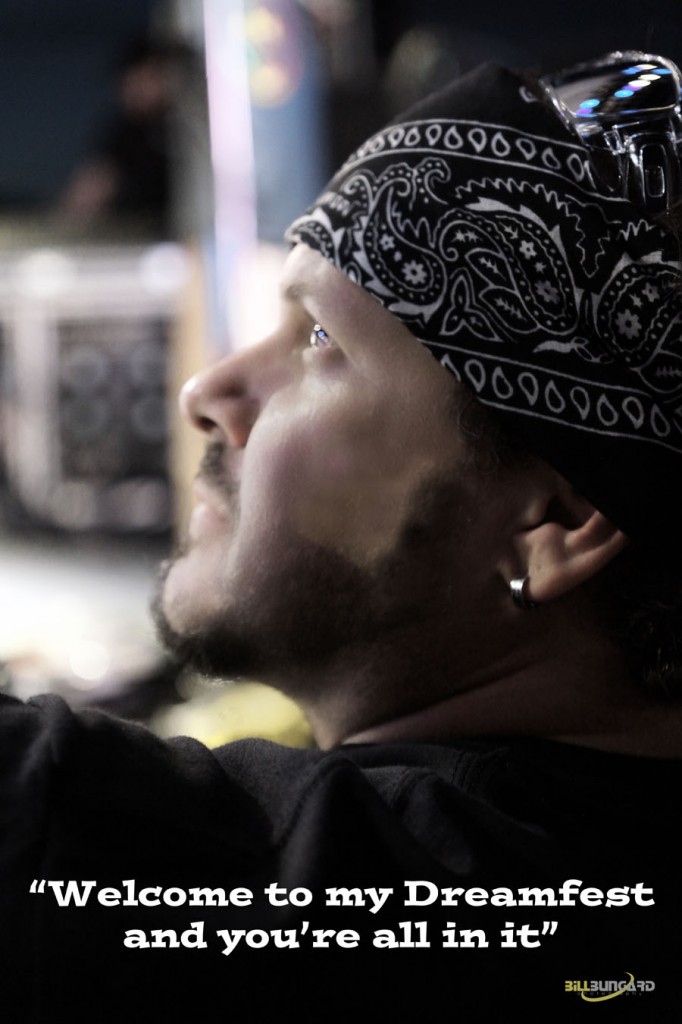 Piano man, Billy Joel, once penned a little ditty called Everyone has a Dream... Some dreams are lofty and unattainable, like being president, or an astronaut. Others dream of being professional athletes or even rockstars –  equally lofty, but still difficult to achieve even with god-given talent and drive. Many of us dream to perhaps own our own business or simply just do what we love and get paid for it.

Louie Galarza, affectionately known as Louie G, is living his dream. He owns a pizza joint down in Fife that brings music and people together. His dream includes an open invitation for anyone with a love for good pizza, rock n’ roll, and community.

From the outside, the place doesn’t look like much, just another restaurant in a strip mall – but inside is where the magic happens. Not only does Louie G and his crew serve some great pizza, they also dish up some good old ass kickin’ rock n’ roll. For those who ventured down to Louie G’s Pizza in the last year or so, no explanation is needed. For those that haven’t paid Louie a visit…well, let’s just say it has one of the best stages, light rigs, and sound boards up and down the Puget Sound region.

Louie has won hearts and is helping change the music game in town. Artists are treated to a first class work space, but most importantly, they are treated with dignity and respect from club management (what a concept!) Ben Union held their record release show there earlier in the year. Not only did Louie make sure the band had a top notch sound and light show, he allowed the band to set up during the week and run several dress rehearsals –  which is virtually unheard of.

Louie had another dream, and that was to put on a one-day festival dubbed “DreamFest 2012” in the back parking lot of his establishment. Like the venue inside, Louie went all out and trucked in a world-class festival stage with all of the accoutrements. He invited bands such as Klover Jane,  The New Originals, Syztem7, Amanda Hardy Band, Riot in Rhythm, Amadon, The Fail Safe Project, Witchburn, Jason Kertson and the Immortals, The Fame Riot, and more to be part of the bill. To top it all off, he made it an all-ages show and partnered up with Northwest Harvest, a nonprofit that collects and distributes food to approximately 300 hunger programs in Washington. The event raised awareness and cash, as it took in food donations.

By all accounts, the event was a big success and a whole lot of fun. SMI contributor, Bill Bungard, was on hand snapping photos – check them out below.

Everyone has a dream indeed, and those that love rock n’ roll were happy to be in Louie G’s DreamFest 2012.

Not only is he a multi-media journalist, he is also an accomplished musician. He is the founder of SMI and drives the creative look, feel and branding for the publication. His years of writing, arranging, and performing live music in a variety of genres inform his ability to communicate the message and the mechanics of music. Roth’s work on SMI reflects his philosophy that music is the universal language, and builds community. He believes it has the power to unite people of every race, religion, gender, and persuasion.
Related ItemsAmadonBill BungardDreamFest 2012Jason Kerston and The ImmortalsKlover JaneLouie G's PizzaNorthwest HarvestRiot in RhythmSeattle Music HappeningsSystem 7The Fail Safe ProjectThe Fame RiotThe New OriginalsWitchburn
← Previous Story Seattle Living Room Shows & Melodic Caring Project bring the beautiful noise (Photo Slideshow)
Next Story → Live Review: Anthrax remind fans to rock (Photos)