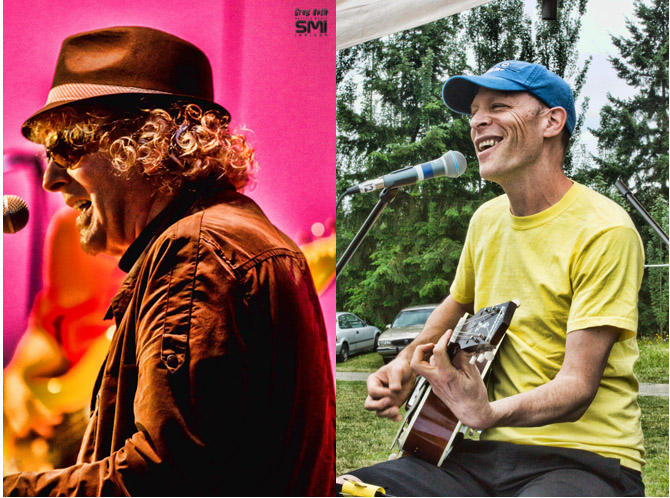 Believe it or not, both of the artists featured on this week’s episode of SMI Radio share a strong Seattle connection.

In 1979, former Mott The Hoople frontman, Ian Hunter, released the critically acclaimed LP, You’re Never Alone with a Schizophrenic. One of the peppiest and snappiest tracks on the record was an ode to the current home of the Rock n’ Roll Hall of Fame, Cleveland, and legendary rock n’ roll Hall of Famer and DJ, Alan Freed.

Cleveland Rocks eventually became the theme song for the very popular sitcom, The Drew Carey Show. The version that appeared at the beginning of the show was performed by Seattle’s own Presidents of The United States of America, fronted by Chris Ballew. In 2008, Drew Carey became part owner of the Seattle’s Sounders Football Club, and regularly travels to Seattle for matches. This makes a very unique Seattle music trifecta indeed.

This week’s episode features two-thirds of this unique trio, connected through the power of music and soccer, starting with Ian Hunter. Ian was recently in town to play Bumbershot 2012. He, along with his Rant Band, put on a brilliant twilight performance under the Space Needle. (See Photo Slideshow below.)

He talks about everything from working with David Bowie, his love of American Rock n Roll and historical pop icons, as well as a special benefit show he’s working on in Cleveland.

Check out the classic Mott The Hoople and Ian Hunter tracks, as well as his new single, When I’m President. (Hmm… perhaps another indirect tie in to Chris or probably just pure irony!)

Next, there’s Chris Ballew. I caught up with him this past summer at Northwest LoveFest, where he was performing as Casper Babypants. Some would say that his newest project has surpassed the popularity of The Presidents. (At least his target audience of toddlers and young children think so.) Chris and I talked about the distinctions of performing with POTUSA vs. Casper Babypants – and he hear some classic POTUSA tracks.

Not only is he a multi-media journalist, he is also an accomplished musician. He is the founder of SMI and drives the creative look, feel and branding for the publication. His years of writing, arranging, and performing live music in a variety of genres inform his ability to communicate the message and the mechanics of music. Roth’s work on SMI reflects his philosophy that music is the universal language, and builds community. He believes it has the power to unite people of every race, religion, gender, and persuasion.
Related ItemsArtist InterviewsCarper BabypantsChris BallewIan HunterMott The HoopleNorthwest LoveFestSeattle Music HappeningsSMI RadioThe Presidents of the United States of America
← Previous Story Live Review: Anthrax remind fans to rock (Photos)
Next Story → Live Review: Serj Tankian delivers eclectic blend to Showbox