By Alicia Kamenick on September 28, 2012@corianderstem 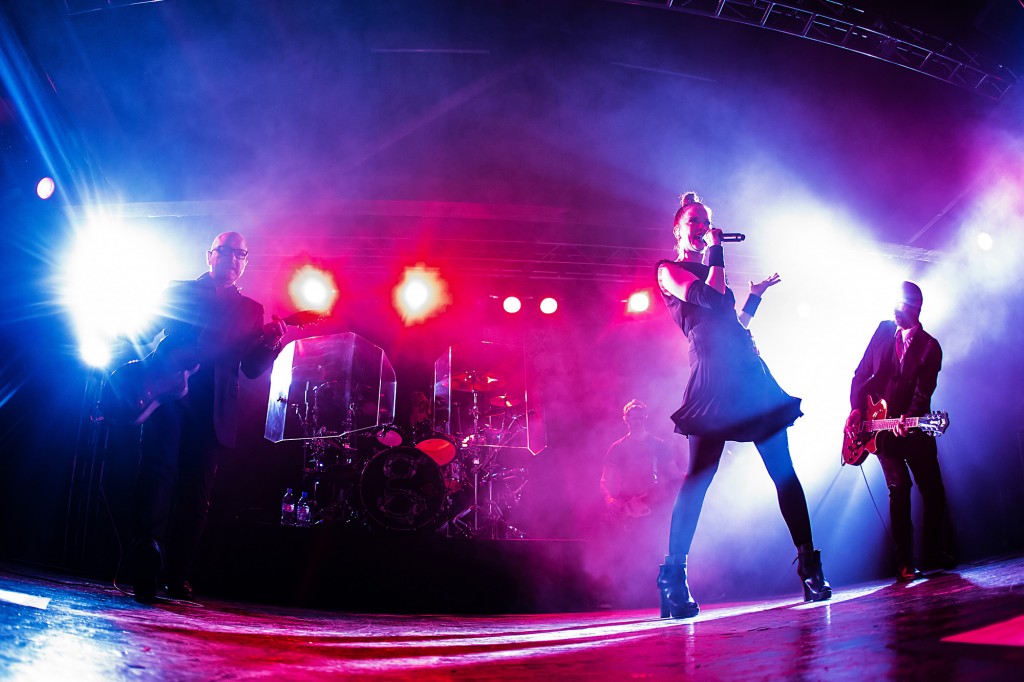 Garbage at Showbox SODO (All Photos by Mat Hayward) http://www.mathaywardphoto.com

Little girls need rock and roll goddesses to look up to. For the 11 year-olds squeezing up to the rail next to me this week at the Showbox SODO, Garbage’s singer, Shirley Manson, fit the bill perfectly.

Manson owned that stage, commanding attention with attitude and presence, vocals and lyrics alternating between snarling and sweet. Introducing a song from their new album, she quipped that you wouldn’t hear it on the radio because they only play girls who are happy all the time.  “I’m not happy all the time,” she said, Scottish accent peppered with cheerful expletives.  And that’s the way she bleeping likes it!

New Jersey’s Screaming Females opened the show, providing another example of female rock and roll power. Singer Marissa Paternoster lived up to the band’s name (well, aside from the plural) with powerful guitar playing and full-throated screams that were a delight to hear coming from one of such petite size.

After a string of breakups, hiatuses, and a greatest hits compilation, Garbage came back strong with this year’s new album Not Your Kind of People.  They peppered some of the new songs throughout the set, and they fit right in amongst the favorites from their first four albums. Songs from 1995’s Garbage and 1998’s Version 2.0 were crowd-pleasing favorites, including the tour debut of Hammering In My Head.

The band (Butch Vig on drums, Duke Erikson on guitar and keyboards, Steve Marker on guitar and Eric Avery joining them on bass for this tour) were gleefully loud, pounding out the familiar riffs.

As I was right in front of a bank of speakers, I don’t think I heard an accurate representation of the sound at the Showbox SODO, but at least I can say it was good and loud.  I started to feel sonically assaulted by the time the encore came around, and I’m pretty sure my clothes, now in a heap in my hamper, are still vibrating.

I suppose that’s what I get for opting for the front row in front of a wall of speakers. But at least I could make room on the rail for a couple of tiny 11 year-olds, one of the few demographic groups whose heads I can easily see over.

I had a front row seat to watch both the band and some wide-eyed admiration of a rock and roll goddess.  Go and be inspired, girls.  Go forth and be like Shirley Manson. 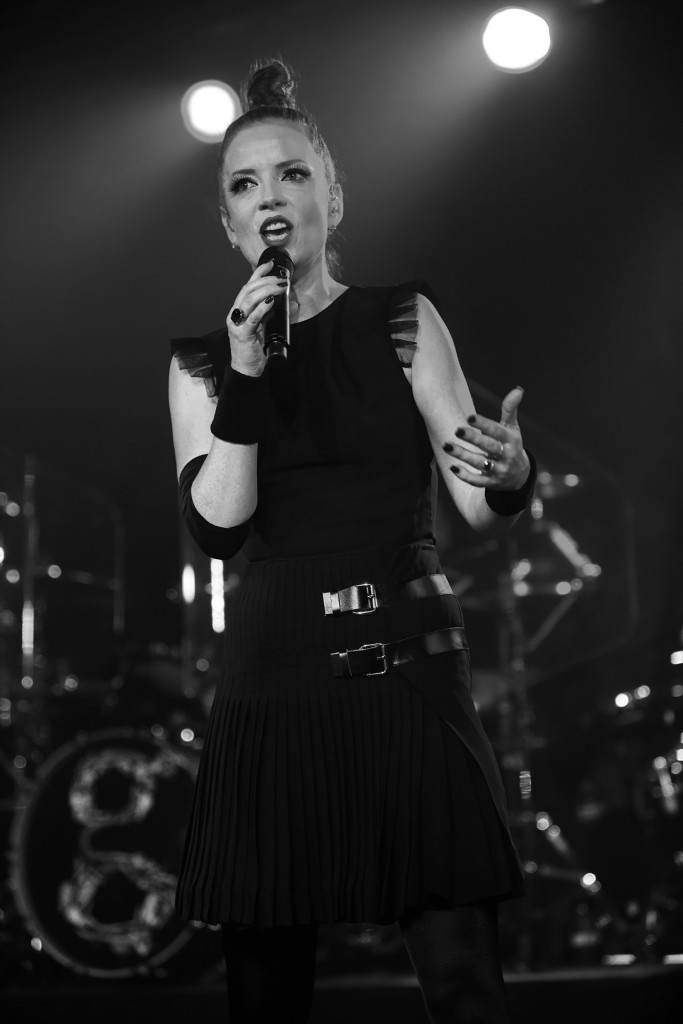 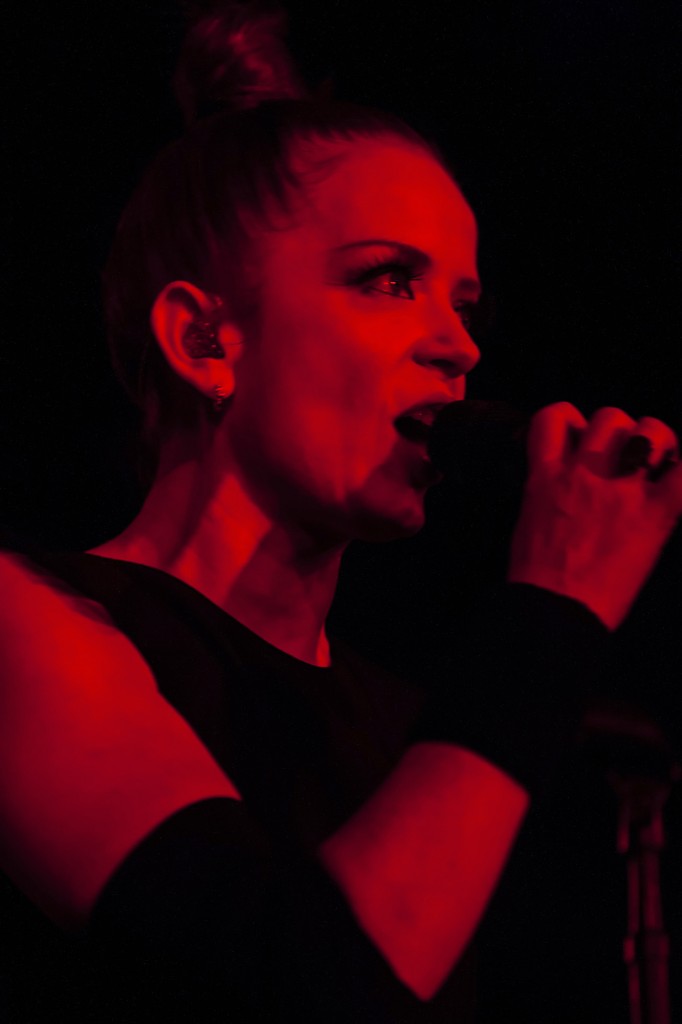 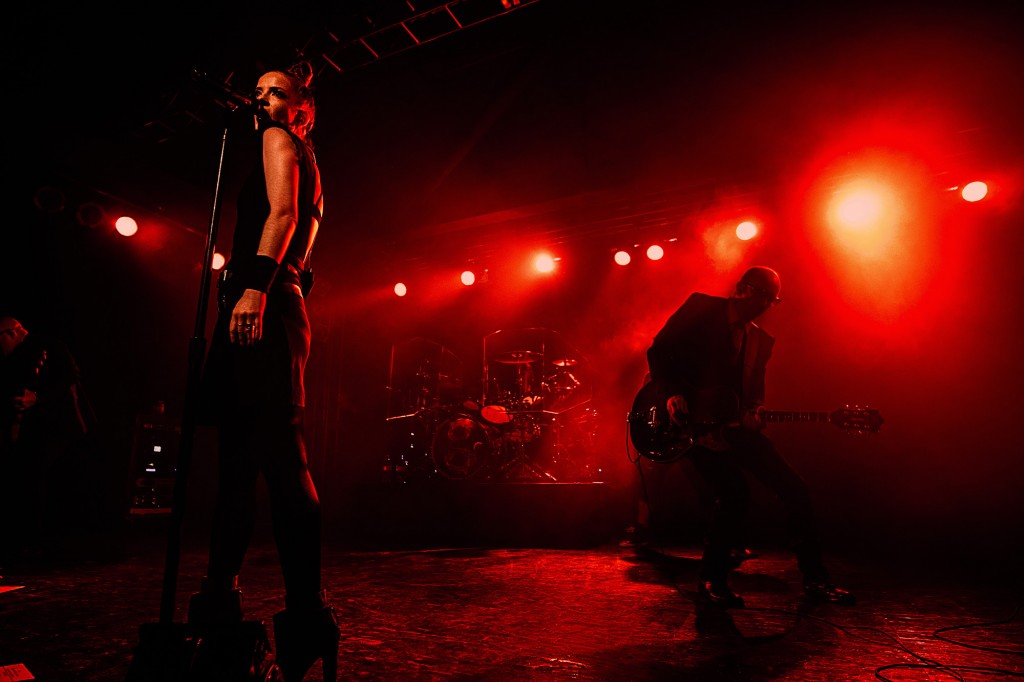 Alicia is a Midwest transplant who loves Seattle but misses thunderstorms. Her musical obsessions began when her coolest aunt gave her a copy of K-Tel’s Rock 80 album for Christmas when she was 7. She spent many years studying piano and voice, but the force of rock and roll won, so while she still sings in a local chorale, her true musical passions lie more with The Beatles than with Beethoven. When she’s not working at her job in HR, she can be found singing bad pop songs at the top of her lungs … although sometimes she does that
Related ItemsAlica KamenickAlica KamineckButch VigGarbage Shirley MansonSeattle Music HappeningsShowbox Sodo
← Previous Story Live Review: Serj Tankian delivers eclectic blend to Showbox
Next Story → SMI Artist Spotlight: Whitney Monge puts personal revelations into her music