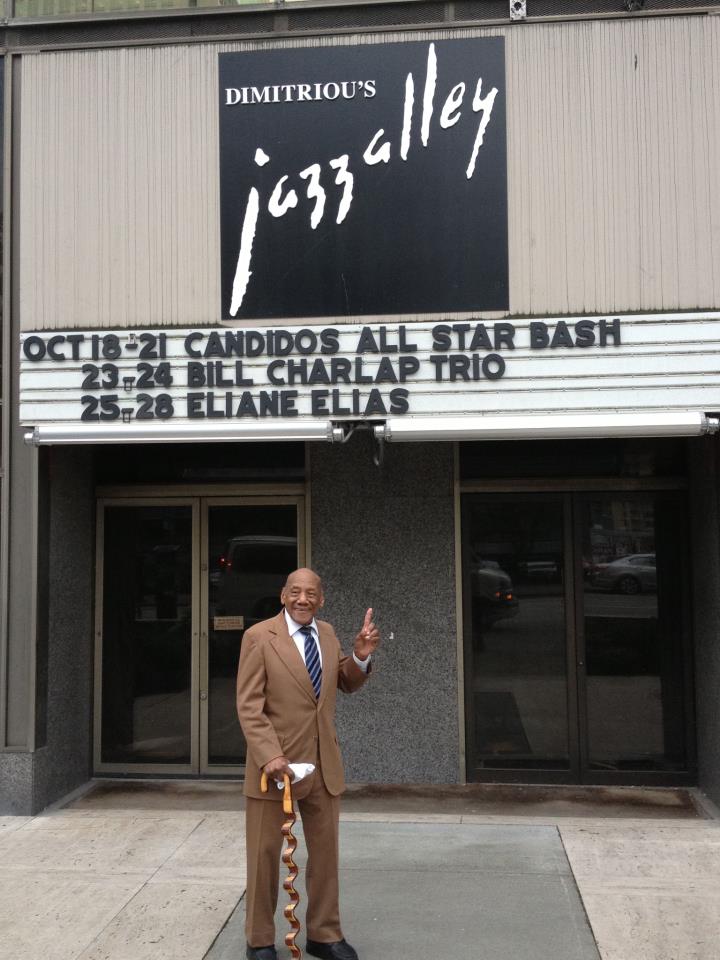 For the first time in nearly 60 years, legendary Cuban percussionist Candido returns to Seattle with an all-star band.  The mere suggestion of his accomplishments might begin with pioneering the use of two (and eventually three) congas in modern music.

Credited with single-handedly bringing the congas to prominence in jazz music, as well as largely defining the sound of what would become the mambo and Afro-Cuban jazz, Candido remains among the last living pioneers of the art, having emerged at the dawn of the 50’s with seminal recordings and performances alongside icons like Stan Kenton, Dizzy Gillespie, and Billy Taylor.

Still touring the world at 91, word continues to spread like wildfire of his four-night stand at Dimitriou’s Jazz Alley, which could quite simply be considered a “chance of a lifetime” experience for any music lover.

Testimonials thus far have prompted many to change their plans, as the shows have been called extraordinary, and with the Latin tradition still donning a musical wardrobe that vivaciously strikes our ears like the future of music.

Not only is he a multi-media journalist, he is also an accomplished musician. He is the founder of SMI and drives the creative look, feel and branding for the publication. His years of writing, arranging, and performing live music in a variety of genres inform his ability to communicate the message and the mechanics of music. Roth’s work on SMI reflects his philosophy that music is the universal language, and builds community. He believes it has the power to unite people of every race, religion, gender, and persuasion.
Related ItemsCandidoDimitrou's Jazz AlleyJonathan SindelmanSeattle Music Happenings
← Previous Story SMI Radio Ep. 70 On Demand: Guy Keltner (Fox and The Law) & Ryan Granger (The Grizzled Mighty)
Next Story → City Arts Fest 2012: A Fine Frenzy, Joshua Radin & Lucy Schwartz (Photo Slideshow)