By Alicia Kamenick on October 26, 2012@corianderstem 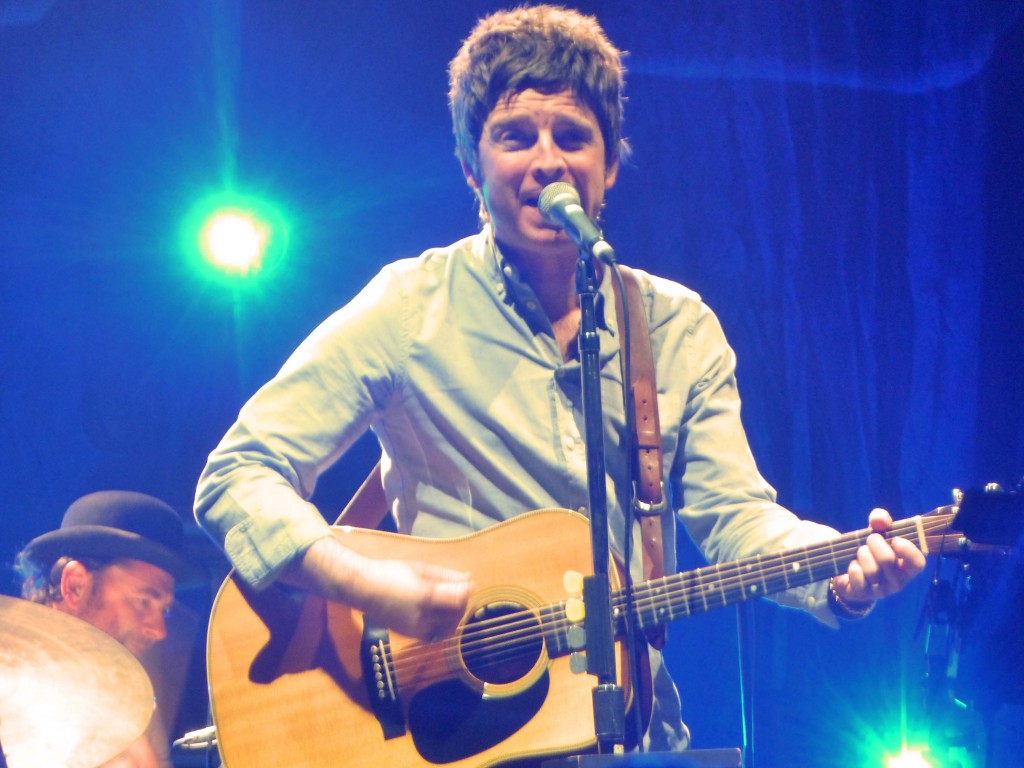 Noel Gallagher @ The WaMu Theater (All photos by Alicia Kamenick)

I had two revelations last night at the Snow Patrol / Noel Gallagher’s High Flying Birds concert. One (and this is a bit of a ‘duh’ moment): having a good seat in a crummy venue makes all the difference. I was last at the WaMu Warehouse (er … Theater) to see Jack White, and I had a rather gloomy time because I couldn’t see a thing in that all-general admission setting.  This time I had a seat, and had a much better time. Thank you, ticket gods, for my sixth row seat!

Second, I think I was too harsh on Snow Patrol in my review of their May show at the Paramount.  “More pleasant than thrilling,” I said at the time. I must have been feeling particularly crabby that night, because I do quite like them and was happy to see them again.  So I’m sorry, Snow Patrollers. I like you! I really, really like you!  I did think their May show was the better of the two, but I’ll get to that.

The two bands are billed as co-headliners on this tour, although obviously someone has to take that spot of the de facto opener. (Aside from actual opener Jake Bugg, British singer currently holding the UK iTunes top spot. His guitar-accompanied songs were very nice,  but his nasal voice made them all sound too similar.) Snow Patrol took the closing slot, and while I have a Noel-worshipping friend who is up in arms about this indignation, judging by crowd response, this was the correct order.

Aside from pockets of enthusiastic Oasis/Noel fans, much of the crowd remained seated and gave a polite, subdued response.  And this was a shame, because Noel Gallagher’s High Flying Birds’ eponymous album is very good, as was their performance. Noel is an excellent songwriter, and the new tunes he played were every bit as good as those Oasis tunes some in the crowd were anxious to hear.

People shouted out song titles throughout the show, which Gallagher took in stride, responding to one request: “Can I play Slide Away? Of course I can – I f***ing wrote it. Will I play it right now? No.”  They did play a few Oasis songs, the most-well received being the two from their first two albums: a stripped-down version of Supersonic (complete with a teasing bit of Wonderwall in the intro) and a set-closing jubilant singalong of Don’t Look Back In Anger.  In a perfect world, Noel Gallagher’s High Flying Birds’ songs like If I Had a Gun and Everybody’s On the Run would have gotten the same enthusiastic response.

The audience was on their feet to welcome Snow Patrol to the stage, and it seemed obvious that this was the band that had been the bigger draw for most of the crowd.  The Northern Ireland band ran through a solid set of their most well-known songs, up through their most recent album Fallen Empires.

Despite singer Gary Lightbody’s reliable charm and chatter (he feels bad about his pointy elbows, likes to dedicate a song to Kurt Cobain when in Seattle, is afraid the angry-looking fan in the front row is going to punch him in a delicate body part), the show lacked some of the warmth and intimacy of their May appearance.  I chalked it up to the decidedly non-intimate venue and the time limitations of having co-headliners on the bill.

But the songs were very good, they played them well, and I had a great spot, and in Alicia Concert Math, that equals a very good show. 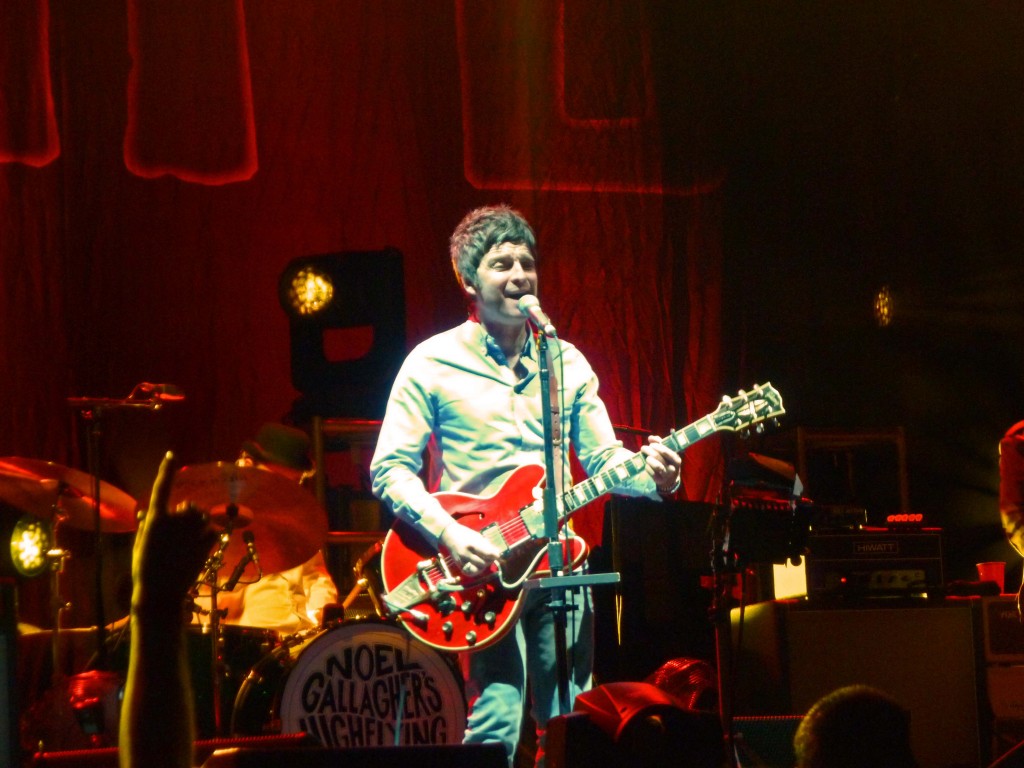 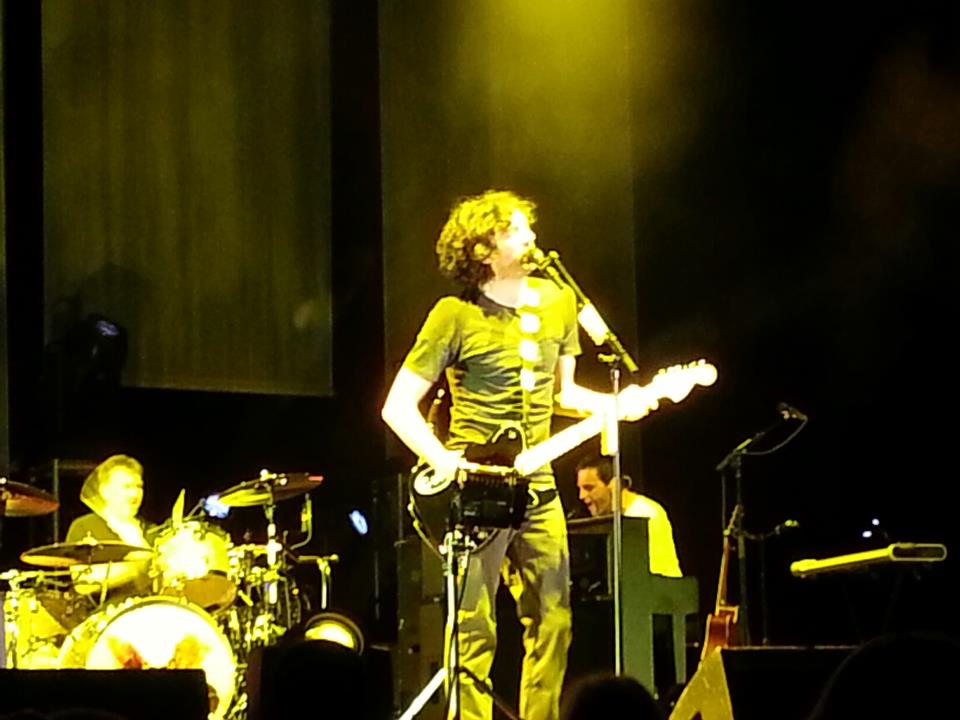 Alicia is a Midwest transplant who loves Seattle but misses thunderstorms. Her musical obsessions began when her coolest aunt gave her a copy of K-Tel’s Rock 80 album for Christmas when she was 7. She spent many years studying piano and voice, but the force of rock and roll won, so while she still sings in a local chorale, her true musical passions lie more with The Beatles than with Beethoven. When she’s not working at her job in HR, she can be found singing bad pop songs at the top of her lungs … although sometimes she does that
Related ItemsAlicia KamineckJake BuggNoel GallagherSeattle Music HappeningsSnow PatrolWa Mu Theater
← Previous Story SMI Radio Ep. 71 On Demand: Torches and Jason Friendt of RockStar Motel
Next Story → Live Review: Billy Idol gives Seattle more…more…more (Photos)