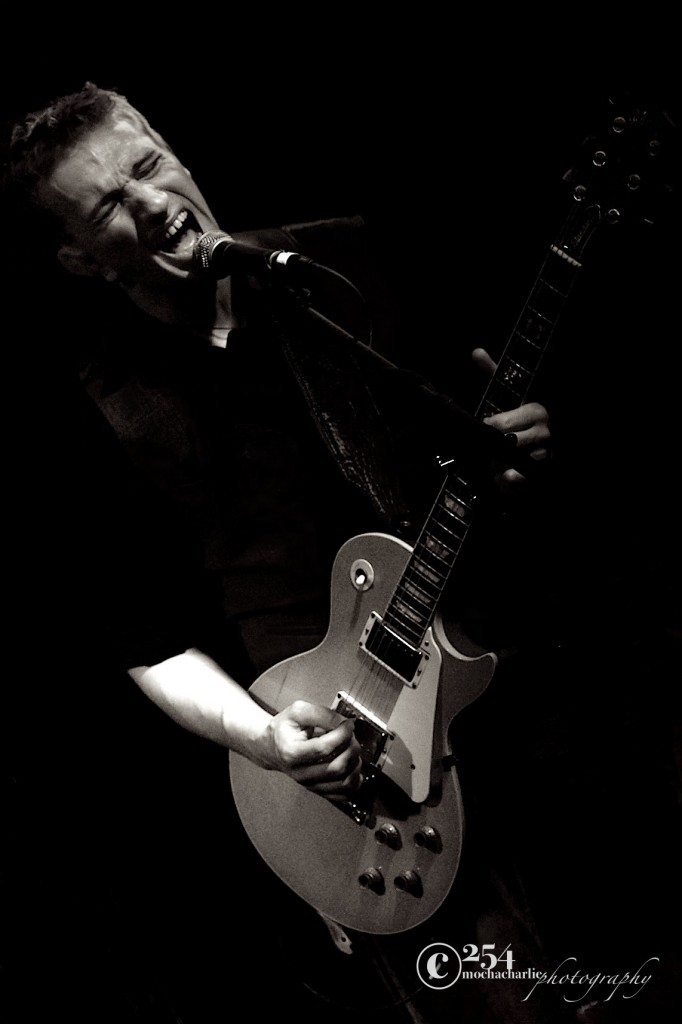 Over the course of the last few months, Seattle Wave Radio has been giving local talent to strut their stuff and show what they go by hosting an American Idol type music contest at local venues. The competition was open to both bands and solo artists. Last Thursday (11/28) at The Hard Rock Cafe, Jake Nannery was selected as the winner of the 2nd annual Seattle Wave Radio Jammin’ Challenge.

A prodigal son of Seattle, Nannery has played all size venues across the United States and around the world as a studio musician, backing musician, and front man. Jake most recently spent two years in New Zealand refining his own personal sound, and while he was there, he broke into the top five New Zealand Folk artists and spent three months at the top of ReverbNations’ Folk Charts for Auckland. The return from his travels has given him the chance to enlist a tight-knit group to back him, who he boldly (and with great success) took on a 2-week tour down the West coast in the spring of 2010, less than a month after returning State-side. (See Photo Slideshow Below)

The Jammin’ Challenge winner will play at The Neptune Theater on January 20, 2013 for the Play It Forward III concert for Music Aid Northwest and gains the bonus of playing with music legends such as Alan White of  YES as well as founding members of Heart. (Tickets are on sale now and can be purchased here.  Use the code Linda until Dec. 31st for $15.00 off the GA price.) In addition, Nannery will get some free studio time courtesy of Critical Sun Recordings and Contact Create.

“Jake Nannery sings from the soul, telling stories that you can relate to and can follow from beginning to end.”
— Katherine Bryan, Associated Content

The other winners included…

Andrea is a true musical free spirit! She is a singer-songwriter on piano who recently won first place for her song “Run” in the Eco Arts Awards: Songs of Freedom Competition. She’s also nominated for Best Singer/Songwriter, Best Adult Contemporary Artist, and Best Music Video at the Artist in Music Awards, Hollywood. Now with her powerful backing band, the White Lights, she’s signed to Gorilla Music. They have been working on an EP, out soon, at Toybox Studios with Justin Cronk of Vendetta Red.

Her music is hard to put in a generalized genre, but she incorporates elements of indie, rock, jazz, folk, and pop. Desmond received training in songwriting under the guidance of Alan Menken, the Oscar-winning composer of such Disney classics as Beauty and the Beast and Alladin.

Andrea and her band will be playing the Crocodile on Thursday, December 13th. Tickets for the show are available for purchase here.

Silver Bullet is a five piece rock n’ roll band from Yelm, Washington and state, “We practice in a garage and we record in a garage. We perform EVERYWHERE.”

Sea of Misinformation (3rd Runner up)

A high energy alternative rock group with a tight and upbeat sound.

The band was formed by Ryan Giffin in support of his original material written for both studio and the stage. His solo CD is on sale now, and features a taste of the music the band was created to play. With the addition of Liz on bass/backup vocals, and Bill on drums, the songs have taken on a life of their own. The band continues to write and perform new material, and is working towards a full studio album in the months to come.

Not only is he a multi-media journalist, he is also an accomplished musician. He is the founder of SMI and drives the creative look, feel and branding for the publication. His years of writing, arranging, and performing live music in a variety of genres inform his ability to communicate the message and the mechanics of music. Roth’s work on SMI reflects his philosophy that music is the universal language, and builds community. He believes it has the power to unite people of every race, religion, gender, and persuasion.
Related ItemsAndrea DesmondJake NanneryMocha CharlieMy Seattle Night OutSea of MisinformationSeattle Music HappeningsSeattle Wave RadioSilver BullettThe Hard Rock Cafe
← Previous Story ‘The Boss’ pays homage to fallen blood brothers in Portland (Video)
Next Story → SMI Artist Spotlight: SweetKiss Momma (Photo Slideshow & Video)