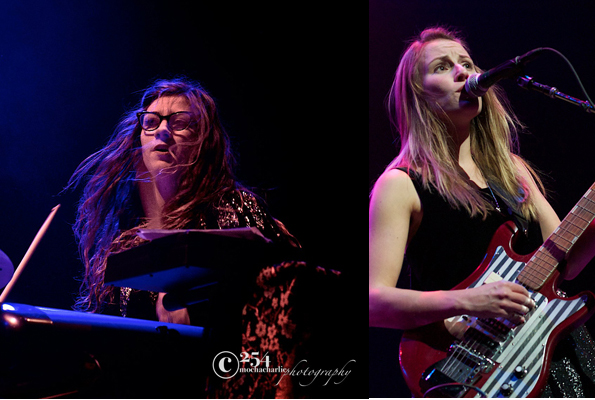 This past Friday night (12/7), fans were treated to an electrifying show from Seattle’s own Allen Stone at The Paramount.

The concert served as a sort of homecoming for the soulful artist. (You can read about his performance and see photos from the show by clicking on the link below.)

As if the prospect of seeing Allen Stone was not enough to whet the appetites of music lovers, two other stellar Northwest artists were on the bill as well.

Lemolo were guests on SMI Radio back in October. During our conversation, Kendra Cox and Meagan Grandall mentioned the various shows and venues Lemolo had performed; Sasquatch Festival, Bumbershoot, The Showbox, Columbia City Theater and their sold-out show at The Triple Door as part of City Arts Fest, which took place this past fall.

They told us that one of their dreams was to play the iconic Paramount Theater. This past Friday, December 7th, that dream came true, as the atmospheric-pop duo performed a brilliant set in front of hometown family and friends.

Lemolo will be performing a special benefit living room show on Saturday, January 26th with Daniel Blue of Motopony. You can read more about the event by visiting the Facebook page.

Also on the stacked bill was hip hop / soul artist Choklate, who wowed the Seattle crowd with her brilliant vocal styling and delivery. The Seattle-based songstress composes all of her own music. Her silky-smooth voice, combined with funky beats and powerful lyrical content provided some tasty ear candy.

Music lovers certainly received a great bang for the buck this past Friday, as Lemolo and Choklate proved to be a perfect compliment to Mr. Stone’s powerful performance. 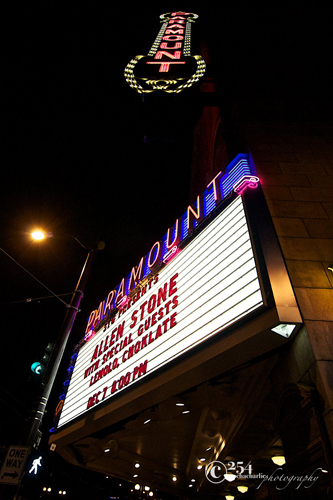 Not only is he a multi-media journalist, he is also an accomplished musician. He is the founder of SMI and drives the creative look, feel and branding for the publication. His years of writing, arranging, and performing live music in a variety of genres inform his ability to communicate the message and the mechanics of music. Roth’s work on SMI reflects his philosophy that music is the universal language, and builds community. He believes it has the power to unite people of every race, religion, gender, and persuasion.
Related ItemsAllen StoneChokolateGreg RothLemoloMocha CharlieSeattle Music HappeningsThe Paramount
← Previous Story Allen Stone comes home to shine at The Paramount (Photo Slideshow)
Next Story → SMI Artist Spotlight: Jessica Lynne (Photo Slideshow)