The holidays are over, a new year is upon us, and SMI Radio is back with a brand spankin’ new episode.

We’re ushering in 2013 with new music and interviews with two brilliant Northwest artists.

For seven long months, Ben Union has been writing tunes and slaving away in the recording studio – and is finally ready to unveil the new music to the masses live.

On this week’s episode, we welcome our friend Ben back to SMI Radio. Ben stops by to talk about making the newest record, This Blessed Union Volume II, and play his favorite tracks. Ben and the boys celebrate the release of their latest effort Saturday, January 12 at the Crocodile.  (100 tickets are available for 21 and under) 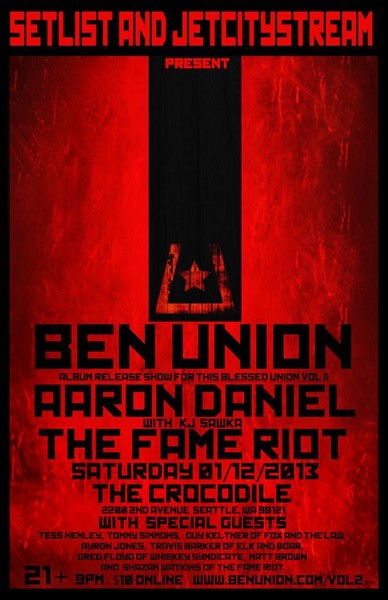 In the second half of the show, we take you backstage to Nectar Lounge to chat with electronic pop outfit, The Fame Riot.  Glitter twins, Liz Scarlett and Shazam “Tea Time” Watkins discuss their catchy sound, their unique fashion sense and eclectic musical influences. We will feature some of some fresh tracks from the dynamic duo as well.

The Fame Riot will be performing at the Ben Union Record release show along with Aaron Daniel. The event will also feature guest appearances by previous SMI Radio guests, Tess Henley, Guy Keltner of Fox and the Law Greg Floyd of Whiskey Syndicate, Matt Brown and Ayron Jones, Also, Travis Barker of Elk and Boar will make and appearance. 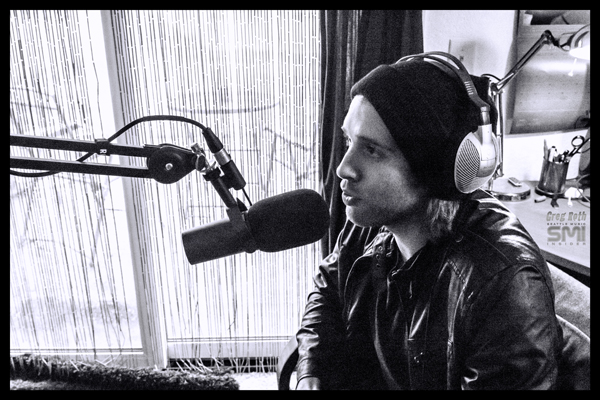 Not only is he a multi-media journalist, he is also an accomplished musician. He is the founder of SMI and drives the creative look, feel and branding for the publication. His years of writing, arranging, and performing live music in a variety of genres inform his ability to communicate the message and the mechanics of music. Roth’s work on SMI reflects his philosophy that music is the universal language, and builds community. He believes it has the power to unite people of every race, religion, gender, and persuasion.
Related ItemsAaron DanielAyron JonesBen UnionFox and The LawNectar LoungeSeattle Music HappeningsSetlist ManagementTess HenleyThe CrocodileThe Fame RiotWhiskey Syndicate
← Previous Story Seattle Living Room Shows & Melodic Caring Project kick off 2013 (Photo Slideshow)
Next Story → Lady Gaga greets fans in Tacoma (Photo Slideshow)