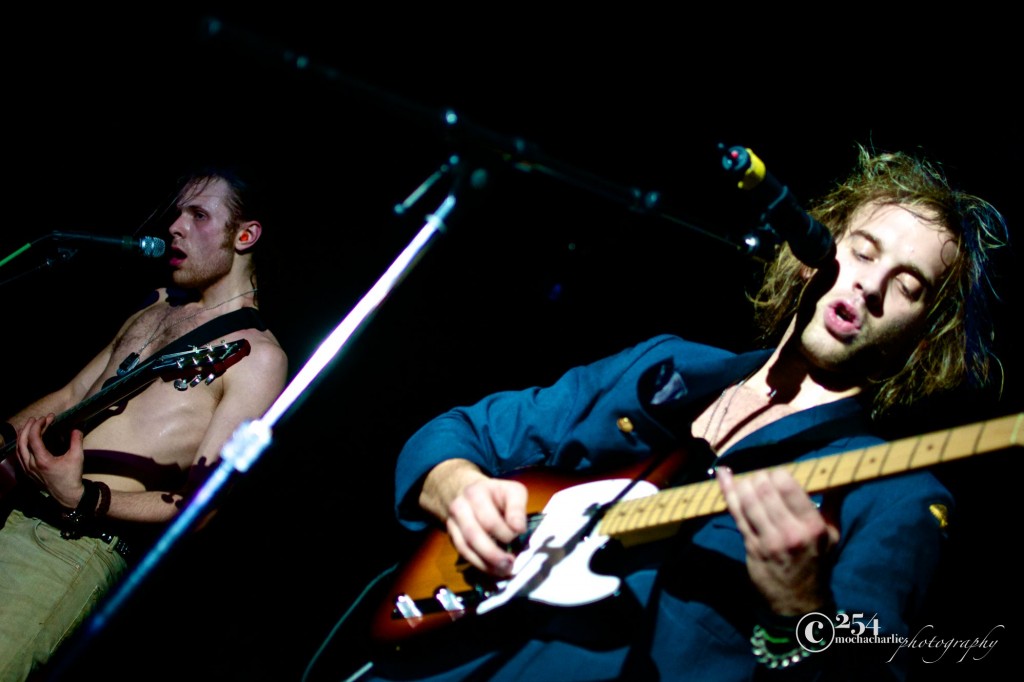 After several months of hard work in the studio, Ben Union’s most recent record, This Blessed Union Volume II, is finally seeing the light of day. Prior to last week’s release, fans were teased by a couple of  singles, such as Shake that Ass (yes, really) and Trouble. This past Saturday night at the packed Crocodile, Ben Union fans finally got to hear the new material live, as the band celebrated the release. The event was sponsored by Jet City Stream.

Opening for Ben Union were the electronic pop duo, The Fame Riot, featuring the antics of Shazam “Tea Time” Watkins and Liz Scarlett, who put on a powerful and rambunctious performance. TFR is a solid outfit that creates infectious beats and hooky choruses on record, but in a live setting is really where they shine, both literally and figuratively.

After the Fame Riot cleared the stage, Aaron Daniel provided a nice musical segue for the headliner.

Ben Union kicked off their set with She’s in Control, followed by Kiss The Girl, and the first single of the new record, Shake that Ass, featuring a guest vocal appearance from Matt Brown.

The band was in fine form and accompanied by a cadre of stellar local artists, including Ayron Jones, who provided one of the evening’s strongest moments with a blistering performance of Misfit. (Jones is currently in the studio working on his newest record and hoping for a spring release.) AJ, always a very visual and powerful live performer, paired with the equally animated Ben Union, delivered a full out frontal sonic assault on the senses. Travis Barker from Elk and Boar joined Jones and the group on the tune as well.

Other highlights included R&B chanteuse, Tess Henley, and Ben Union performing their version of Jay Z and Rihanna’s Run This Town. Henley has a very smooth and soulful vocal delivery, that juxtaposed with Ben Union’s gritty and electric rock sound, made for a striking combination. I would have preferred to hear Henley dialed up more in the mix, but she was able to cut through with some spectacular notes toward the end of the number.

Ben Union was later joined onstage by guitarist and vocalist Guy Keltner (Fox and The Law,) and vocalist Shazam “Tea Time” Watkins (The Fame Riot), for a bluesy and nasty version of I Got Mine.

That number was followed by a lovely rendition of Angeles, featuring the talented singer / songwriter Tommy Simmons.

Greg Floyd of Whiskey Syndicate joined Ben and the boys to help provide a twin guitar attack on a raucous version of Rambo, which can be found on the new record.

After the show, many people stuck around to chat with the artists and congratulate them on the great show and release of the new record. Not only did the evening provide an excellent showcase for Ben Union, Aaron Daniel and The Fame Riot, it also provided a nice platform for other brilliant local Northwest artists to bask in the spotlight as well – a very nice touch to an already robust lineup.

Ben Union and The Fame Riot were guests on SMI Radio last week. Download it here. 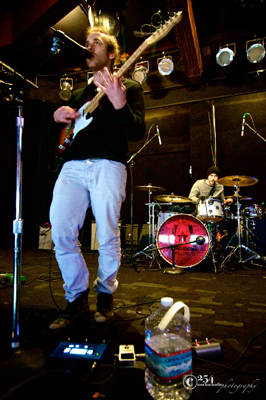 Not only is he a multi-media journalist, he is also an accomplished musician. He is the founder of SMI and drives the creative look, feel and branding for the publication. His years of writing, arranging, and performing live music in a variety of genres inform his ability to communicate the message and the mechanics of music. Roth’s work on SMI reflects his philosophy that music is the universal language, and builds community. He believes it has the power to unite people of every race, religion, gender, and persuasion.
Related ItemsAaron DanielAyron JonesBen UnionFox and The LawMatt BrownMocha CharlieSeattle Music HappeningsTess HenleyThe CrocodileThe Fame RiotThis Blessed Union Volume IITommy SimmonsWhiskey Syndicate
← Previous Story Lady Gaga greets fans in Tacoma (Photo Slideshow)
Next Story → SMI Radio Ep. 80 On Demand: Mary Lambert & The Local Strangers