Those familiar with Mary Lambert already know that she’s an artist who bares every aspect of her soul through her art, be it music or spoken word.

But if Mary Lambert is new to you, you might not have known that her moving performance on the single, Same Love, from Macklemore and Ryan Lewis’ The Heist, played a huge part in helping pass the marriage equality bill in Washington state.

Now, her own EP is out.  Letters Don’t Talk is a stunning confession of sadness, anger, and hope, and holds a mirror up to society, demanding nothing less than naked honesty.

On this week’s episode of SMI Radio, we take you inside Bedlam Coffee for a revealing look into Mary’s heart. She  talks about how her life has changed since the release of Same Love and her performance on The Ellen DeGeneres Show.

Mary also opens up about her spiritual life, the distinctions of crafting songs versus slam poetry, and her upcoming tour that will take her to the East Coast.

Her sendoff show and release of her book of poetry is at Fremont Abbey Saturday night, January 19th.Tickets are available here.

If you can’t make it to Fremont, check out the photos of Mary playing the Seattle Living Room / Melodic Caring Project show from January 5th…

The second half of this week’s episode features a visit to the rehearsal space of The Local Strangers. Aubrey Zoli and Matt Hart are coming off an exceptional performance at Doe Bay last weekend, and they open up about how they formed their musical partnership and created their newest record, Left For Better.

The Local Strangers will be playing the Cypress Wine Bar at The Westin on March 8. If you’re heading to South by Southwest 2013, catch them there March 13th. 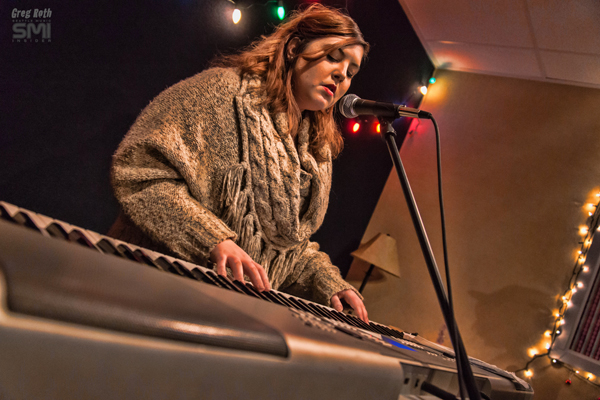 Not only is he a multi-media journalist, he is also an accomplished musician. He is the founder of SMI and drives the creative look, feel and branding for the publication. His years of writing, arranging, and performing live music in a variety of genres inform his ability to communicate the message and the mechanics of music. Roth’s work on SMI reflects his philosophy that music is the universal language, and builds community. He believes it has the power to unite people of every race, religion, gender, and persuasion.
Related ItemsGreg RothMacklemoreMary LambertRyan LewisSeattle Music HappeningsSMI RadioSouth by SouthwestSXSWThe Freemont AbbyThe Local Strangers
← Previous Story Live Review: Ben Union record release show at the Crocodile (Photo Slideshow)
Next Story → King Dude and Chelsea Wolfe live at The Triple Door (Photo Slideshow)