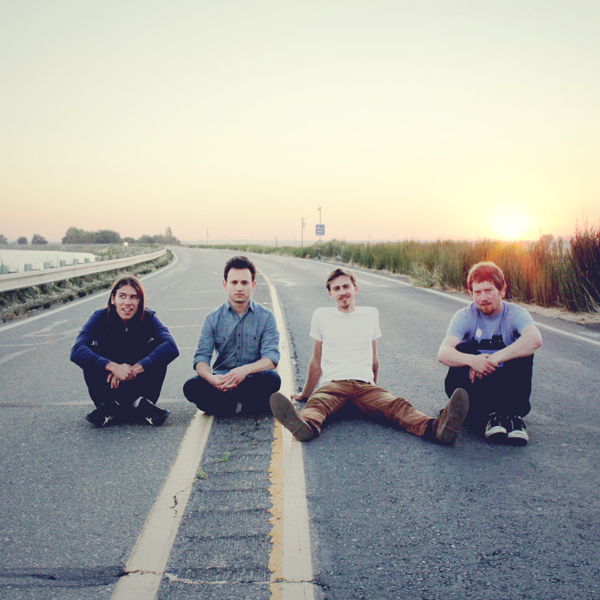 The Stone Foxes’ Spencer Koehler spoke to SMI contributor Rick Bowen about the band he started with his younger brother Shannon at San Francisco State. The rockin’ quartet, who have been building a strong fan base, have a new album, Small Fires, set for release February 12th. They bring their dynamic live show to Seattle’s Sunset Tavern on Sunday, Feb. 17th.

SMI:  Thanks for talking to me. You guys have a lot going on, but look to be having fun.

Spencer Koehler: Yeah, we are ready to get this album out there. It’s been two years since our last record, Bears and Bulls. We recorded the new one last May and got bounced around a bit from record labels until we made the big decision to go with In Grooves. Last summer, we set the release date for February, thinking “Will we even alive then? It’s so far away.” Now it’s here, it’s “Oh shit, we got to get this done and that done.” But we are excited to be headed up to Portland and Seattle. We are booking more shows for the year and making plans to head back to South by Southwest in Austin, and then head to the east coast for a tour.

SMI:  Have you been to SXSW before?

SK:  Yeah, this will be our 5th year. You know it take s while to get the hang of it, each year it builds us a little more. The first year we did one show then it was all BBQ and beer. There is so much to do, it’s hard to cram it all in.

SMI:  What about Seattle?

SK:  Yeah, we played the Hi Dive a few times. I think our first show up there was at The Comet Tavern, a great little place. Looking forward to going back.

SMI:  Let’s talk about the new album. You have 3 singers, and you switch off instruments a bit. Who writes the songs?

SK: Well, Aaron and Shannon write most of the lyrics, and someone will bring in a chord progression or riff. I’ll pop a song in there when I can. We get together with the idea, then we all bring our thing to it, and it becomes a Stone Foxes song.

SMI:  A real organic approach, then.

SK: Yeah, Shannon and I have been playing together since middle school. Then I started the band with Aaron at San Francisco State, and we build it up for years with a few other players, and later we got Elliot on keys and it got solid. Our live show drives what we do in the studio. Shannon goes out front to sing and play harmonica, then Aaron jumps on the drums for a few songs, so that is how we recorded it. No overdubs or whatever. It’s just the way we play it.

SMI: I wanted to ask about the song Cotto. Is it about the boxer, right?

SK:  Yes, and this fight he had against Manny Pacquiao, I think it was. It was a bit controversial, as Cotto was being beaten by the guy but wouldn’t lie down. So he laid back, and didn’t knock Cotto out for fear of hurting him. But Cotto just wouldn’t lay down. Like the chorus of the song. And no, we aren’t trying to promote boxing or glamorize fighting; we’re pacifists, actually. We just saw the deep humanity in the story.

SMI: A bit of a social statement then, and heavy like the other song on the album Battle, Blades and Bones. Was that written from a personal experience or commentary? 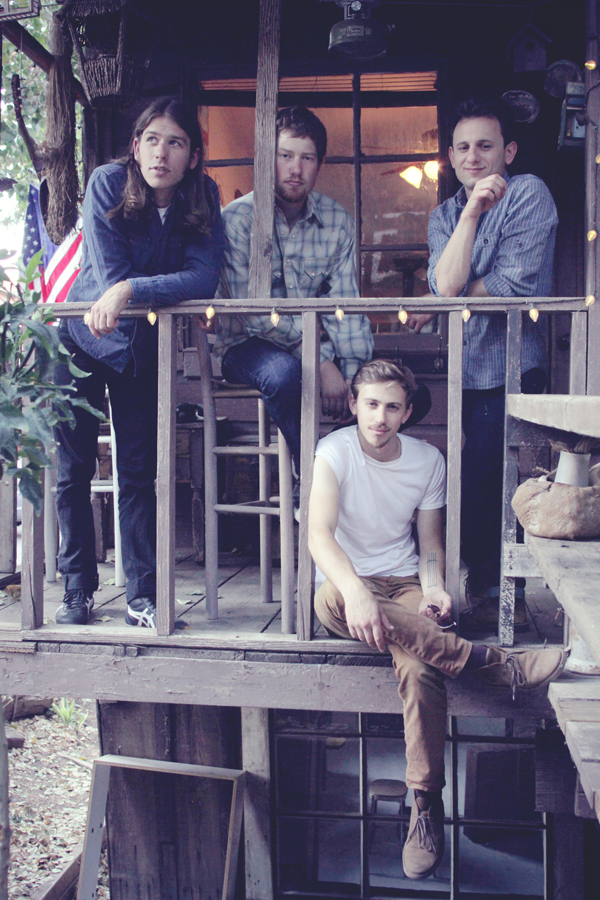 That one went through many phases. We weren’t sure it would make it on the album and how it would sit with the other songs. But Shannon has a way of festering a song until it’s right. So he came up with this minor chord idea to go with his vocals. It is the only track on the album to use a click track, and was built up in layers to his vocals – first adding the piano, and then I did the Italian western guitar part and some spooky slide stuff.

SMI: It is very different from the other songs.

SK: Yeah, it’s a little breather in the middle of the album. Shannon’s vocal on it, I think, is his most powerful ever. The first time I heard it I got a bit teared up. You we aren’t trying to be to political or whatever, but the songs comes from perspective and trying to say, take a look at the past and learn from it, and maybe not make those mistakes again.

SMI: A lot of your songs have a deeper meaning to them.

SK: Oh yeah. Ya know, we have fun too. We have a bunch of party songs. But we write about stuff that means something to us, and we hope our lyrics aren’t just brushed under the rug. We have something to say, but not in the big epic, overdone way.

SMI: Tell me about your videos. They are so fun – who does all that?

SK: Well, we have some good friends who do some great things and the goofy stuff we do ourselves, running around with iPhones and cameras.   David Dutton did all the great directing on our new video for Everybody Knows, capturing that dark, spooky Edgar Allen Poe vibe.  The fans sent in all those great clips for the Psycho video, and I edited them together. There is some pretty amazing and fun stuff there.

SMI: You have a lot of content on You Tube. Is that an important way to build a fan base today?

SK: Well yeah, you got to keep it interesting. People really have ADD these days. So you gotta keep putting out fresh stuff. And videos are still so important now, ever since MTV and VH1 came out, and now when you hear a good song or about a cool band you go and look it up on You Tube. That’s the way people are finding their music, so you gotta be on there.

SMI:  One more thing – how did you get Joel Stein from Time magazine to write your band bio? That’s amazing! 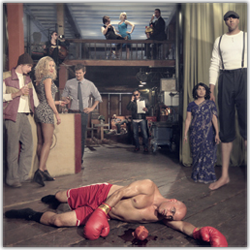 SK: That’s a good story. We were asked to play for an intern summit event for Google in a big fancy hotel in downtown San Francisco. Joel was one the guest speakers, talking about his new book. He wasn’t doing stand up, but he was just so funny. We followed him for our set. Like I said, it was a big ballroom in a hotel and they had flown in all these brainy college kids from all over. It started out very stiff, but we won them over. By the end, we had’em all up on stage singing Hang Man with us and having a party. So after, we were hanging in the hotel bar and talked to Joel, and just asked him if he’d write something for us and he said sure, he was happy to do it.

SMI:  Just that easy and straightforward.  A lesson there to not be afraid to ask for help.

SK:  Yeah, for sure. I think he liked our show and the fact that we got all these Google kids, who had their feet nailed to the ground, to get up dancing and party down.

To purchase tickets to the band’s Sunday, February 17th show at The Sunset Tavern, visit http://sunsettavern.com/calendar/event/the-stone-foxes-with-guests

Not only is he a multi-media journalist, he is also an accomplished musician. He is the founder of SMI and drives the creative look, feel and branding for the publication. His years of writing, arranging, and performing live music in a variety of genres inform his ability to communicate the message and the mechanics of music. Roth’s work on SMI reflects his philosophy that music is the universal language, and builds community. He believes it has the power to unite people of every race, religion, gender, and persuasion.
Related ItemsRick BowenSeattle Music HappeningsSMI Artist SpotlightSpencer KoelerThe Stone FoxesThe Sunset Tavern
← Previous Story SMI Artist Spotlight: Tacoma’s Nolan Garrett hits LA (Photo Slideshow)
Next Story → SMI Artist Spotlight: Tumbleweed Wanderers roll into Nectar Lounge (Audio Interview and Photos)