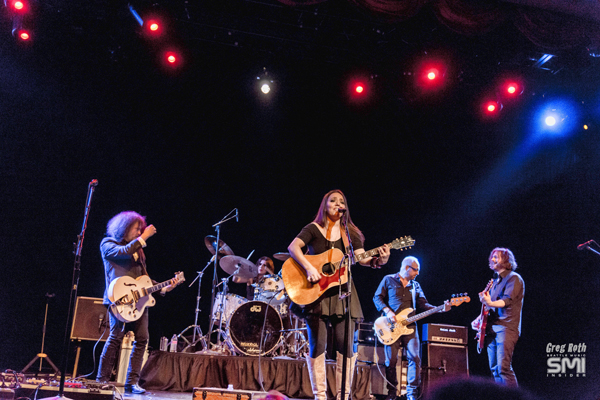 The last time Kristen Ward was in town was back in October, to celebrate the release of her most recent record, Last Night On Division. That night, the band put on a gritty and uplifting performance in front of a packed house at the Tractor  in Ballard.

Ward and her band, featuring longtime collaborator and guitarist Gary Westlake, Simon Bressi on drums, Star Anna & The Laughing Dog alumni Justin Davis (guitar), and Keith Ash (bass) came back to Seattle to play a sold out show at The Triple Door. From the moment they stepped onstage, they delivered one musical gem after another, with the majority of the material being from Ward’s newest record.

Ward has a powerful, and at times, almost masculine style, with a wide range of tones and colors. Backed by her powerful outfit, she was able to stretch herself in different ways in the live setting. This was clearly evident on some of her newer numbers like Until Now, the cow-punk tinged When I Go, and the edgy / mid-tempo Sweetheart of The Rodeo from the new LP.

Ward is a talented and accomplished artist with great material, so it’s no surprise that she is able to attract a team of musicians of her equal, who all bring out the best in each other.

Westlake is an industry veteran who has played with everyone from Bryan Adams (before he was producing hits), 80’s New Wave hit maker, Maurice & The Cliches, Peter Frampton, Robert Roth (Truly), Flight to Mars, and a host of others. Hearing him weave in and out with Davis’ twangy and tasty tones and licks was a delight to the ears.

Berasi is a solid, in-the-pocket drummer who possesses a ton of power. She, along with the rock-solid playing of Ash, provided a strong foundation for the intricate licks of Westlake and Davis’ musical tapestry. Along with power and solid chops, they also know when not to play (one of the keys to being a great musician). Ward’s vocals flowed effortlessly though and over the top of the mix.

Ward opened up the show with the melancholy Only Thing I Know, followed by I Wanna Be, Last Safe Place, and then performed the hauntingly atmospheric and soul-lifting My Love. All of the songs could have worked perfectly with just her voice and a guitar, which is a mark of a great songwriter. That said, the newer songs were designed with a cadre of accomplished cats in mind. Thus, the tunes really come to life with a full band in front of a larger, theater-type audience, in the sonically brilliant Triple Door.

Ward and her crew are not trying to musically reinvent the wheel. She is a story teller, spinning her tales of small town life, lost and found love, and finding a small slice of the American pie in her own original way.

With strong, emotionally-fueled songs performed by a great group, Ward really shined. She, along with her brilliant band, took the audience on a ride down a long dark country road from the middle of Americana, and into the dawn of a brand new day. 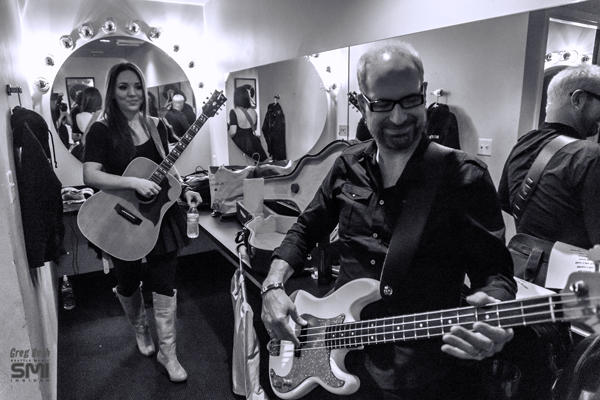 Not only is he a multi-media journalist, he is also an accomplished musician. He is the founder of SMI and drives the creative look, feel and branding for the publication. His years of writing, arranging, and performing live music in a variety of genres inform his ability to communicate the message and the mechanics of music. Roth’s work on SMI reflects his philosophy that music is the universal language, and builds community. He believes it has the power to unite people of every race, religion, gender, and persuasion.
Related ItemsGary WestlakeJustin DavisKeith AshKristen WardLast Night On DivisionSeattle Music HappeningsSimona BressiThe Triple Door
← Previous Story Sasquatch! 2013 lineup announced in Seattle (Photo Slideshow)
Next Story → Ellie Goulding captivates Showbox Sodo (Photo Slideshow)