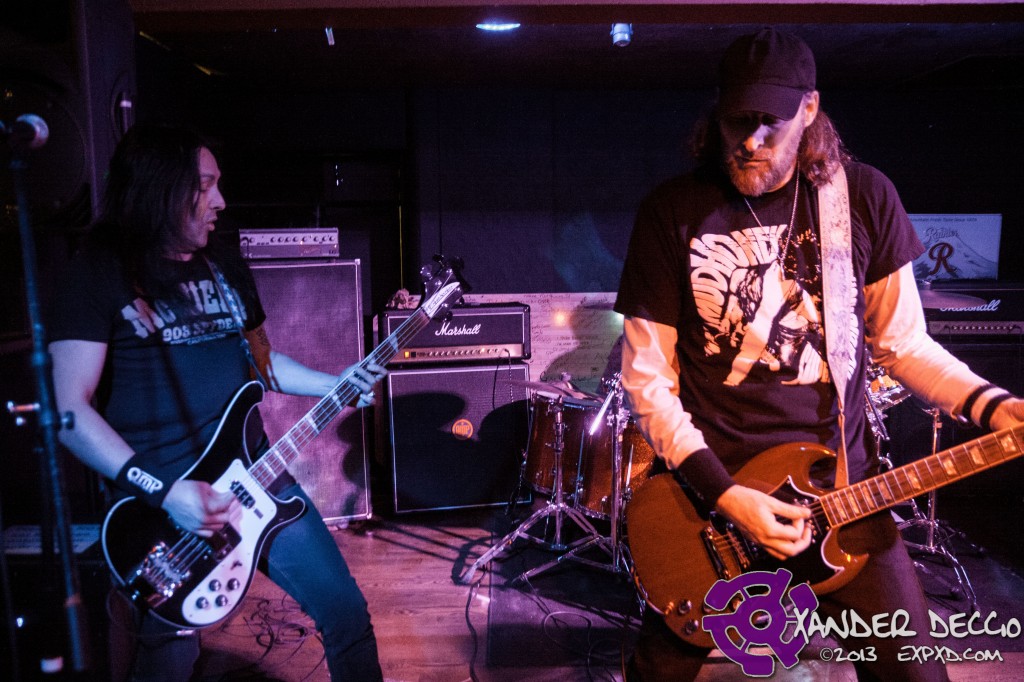 Seattle/Yakima-based alt-rock band, QmP (short for Quartermile Pumpkin) rocked the  Yakima Sports Center, Saturday, March 9th. It had been over a year since the band made it’s way back to their original stomping ground of  Yakima, and many of their die-hard fans couldn’t wait.

The band, consisting of lead singer/guitarist Rod Taylor, guitarist/vocalist Joe Longo, bassist Scott Jefferson-Larkin and drummer Jamie Jensen, is currently playing a handful of shows in support of their new album, Full Color Pictures of a Black and White World.

In the 90s, QmP  had a large local following and were a big influence in the Yakima rock scene. They released two albums, QmP and Lake Jackass, and played a few shows with The Posies, but parted ways to focus on their lives. It wasn’t until a few years ago that they decided to reform and take QmP to a whole new level by broadening their fan base throughout the Pacific Northwest.