If you were raised on MTV in the 80s, then surely you remember Thomas Dolby’s She Blinded Me with Science – with Magnus Pike  shouting “Science!”  (Check out the video here). Fast forward 30 years, and it’s that catch phrase that partially inspired the name of a very talented duo.

Science! is a Seattle twosome consisting of Justin Stang and Jim Elenteny, who use  poetry and tasty soundscapes to express themselves. With solid chops and tongues firmly planted in cheeks, Justin and Jim deliver catchy and fun tunes.

The two musicians share a strong bond dating back to their time in Sayville, New York.  A few years later, they reunited in Seattle. Their scientific and emotional chemistry clearly comes through in their music.

On this week’s episode of SMI Radio, Justin and Jim stop by the studio to talk about their long-term friendship and musical kinship. They also select a few tracks from their self-titled EP, which you’ll hear on this week’s show.

If you want to see Science! do their thing live, they’ll be playing Nectar Lounge on Tuesday, March 26, at 8pm.

Nicki Bluhm and The Gramblers‘ sound harkens back to the days of early 70s southern California rock, which spawned the likes of Jackson Brown and The Eagles. Bluhm and her band captures the spirit of that beautiful sound while putting their own stamp on it.

The band has garnered a lot of attention from the viral video recorded in their car of Hall & Oats, I Can’t Go For That, resulting in almost 2 million views.

In the second half of the show, California artist Nicki Bluhm shares her thoughts in a backstage interview prior to her sold-out show at Seattle’s Triple Door. Nicki talks about some of her musical influences, such as Linda Ronstadt, Karen Carpenter, and Stevie Nicks. 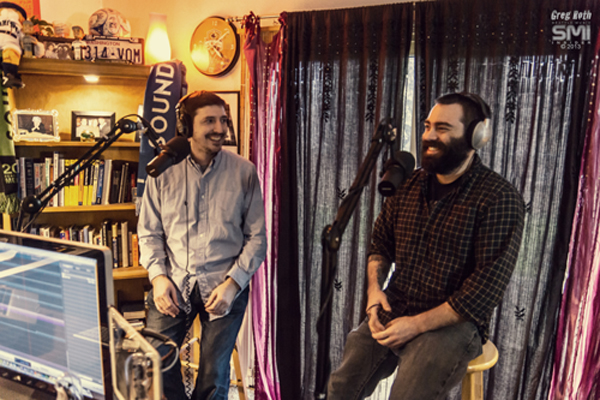 Not only is he a multi-media journalist, he is also an accomplished musician. He is the founder of SMI and drives the creative look, feel and branding for the publication. His years of writing, arranging, and performing live music in a variety of genres inform his ability to communicate the message and the mechanics of music. Roth’s work on SMI reflects his philosophy that music is the universal language, and builds community. He believes it has the power to unite people of every race, religion, gender, and persuasion.
Related ItemsNicki Bluhm and The GramblersScience!Seattle Music HappeningsSMI RadioThe Triple Door
← Previous Story SMI Notes From The Road: Fox and The Law at SXSW Pt. 3
Next Story → QmP Tears Up Yakima Sports Center (Photo Slideshow)