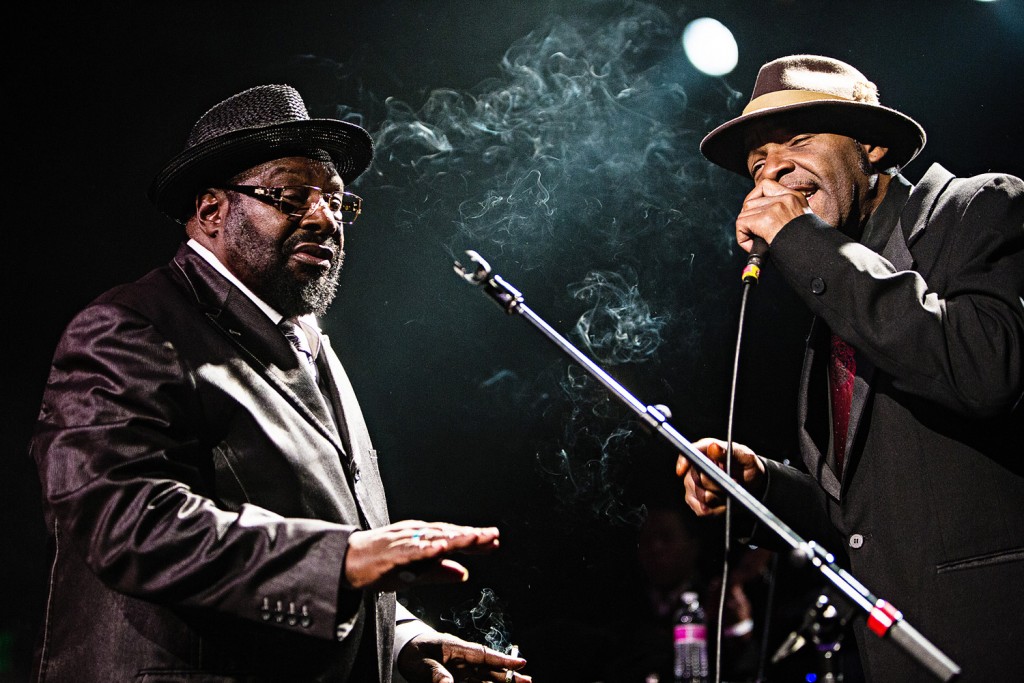 George Clinton at Showbox at The Market (Photo by Mat Hayward)

The Parliafundkadelicment universe spans many funky dimensions. The list of P-Funk alumni is too large to list. No less than sixteen members of the original P-Funk were inducted into the Rock and Roll Hall of Fame in 1997.

Along with James Brown, George Clinton is the most sampled artist in the music industry. Snoop Dogg, De La Soul, Salt n Pepa, Coolio, Ice Cube and a host of others have used Clinton’s tracks for their own hit songs. Clinton has influenced other Rock and Roll Hall of Famers Prince and Red Hot Chili Peppers. The word ‘legend’ tends to be thrown around a lot, but in the case of Clinton, the moniker fits like a glove. His production techniques, arrangements, ears, and his ability to paint way outside the musical lines are matched by few. 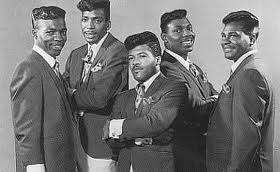 Obviously, a lot has changed since Clinton started out in a Plainfield, New Jersey barbershop with his doo-wop group, The Parliaments, a group that he formed in the late 50s with friends Ray Davis, Fuzzy Haskins, Calvin Simon, and Grady Thomas, and backed by  Billy Bass Nelson on bass, Hazel on guitar and rounded out by Tawl Ross on guitar, Tiki Fulwood on drums, and Mickey Atkins on organ.

As the sixties were ushered in, matching suits, cardigan sweaters, and pompadours gave way to outlandish multi-colored costumes and sounds that were a result of the chemicals being ingested at the time.

Later on, incorporating the same players and attitude, Clinton added some horns, pulled back the guitars, and added some catchy hooks, and The Parliaments became Parliament. Hit singles and lavish stage shows were in full effect during the 1976/77 P-Funk Earth Tour, which came with all of the funky accouterments, including a spaceship dubbed “The Mothership” hovering and then landing right in the middle of the stage. The rest, as they say, is the stuff of legend, and will live forever in the annals of funk history.

The last time that we saw Mr. Clinton do his thing in Seattle was at The Showbox Sodo in 2010. It would one of Gary “Diaper Man” AKA “Starchild” Shider’s last performance. The longtime P-Funk guitarist / vocalist and Clinton sidekick would succumb to brain cancer about 6 months later.

Also since 2010, Clinton has ditched the multi-colored hair extensions and clothes in favor of a more dapper style, as if he was coming back full circle to his look while in The Parliaments, very dignified but still funky! 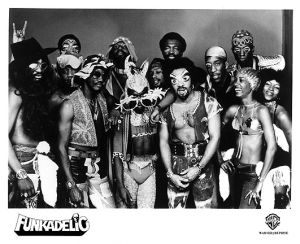 George Clinton and Company stepped into a sold out Showbox @ the Market kicked it in with Cosmic Slop and proceeded to take fans on a funky jam-band journey that seemed more like one giant mash-up from his extensive Parliament and Funkadelic catalogue. Songs like Tear The Roof of The Sucker, Flashlight and Atomic Dog (not necessarily in that order) were drawn out jams with the band changing keys and time signatures on command.

Not content to recreate what’s on record, they chose to create in the space and explore new territory with some of the classic songs. They toggled back and forth between acid rock, jazz and funk. In what is always a P-Funk highlight, was the mind melting Maggot Brain, featuring Michael “Kid Funkadelic” Hampton, Garrett Shider (Gary Shider’s Son) and Ricardo “Ricky” Rouse’s psychedelic guitar pyrotechnics.

The rhythm section was solid, with Foley trading off with Benjamin “Benzel” Cowan on drums and Lige Curry holding it down with his solidly thumping base lines. Vocalist Kendra Foster was impressive with her gritty and soulful vocal styling, and Clinton’s granddaughter Sativa Clinton joined him on stage for Some Stank and I Want Some – and they got some. Various members of the audience who were represented by all the colors of the rainbow were happy to share their stash with their favorite funk master, who in turn was happy to pass it on. Longtime P-Funk member Michael “Clip” Payne did triple duty, serving as MC, electronic percussionist and vocalist.

Of course, no Clinton or P-Funk show would be complete without the shenanigans of Sir Nose trying to poo poo the festivities. But as always, he was no match for Clinton and his army of players, and like the rest of the crowd, Nose soon succumbed to the power and the rhythm of the funk. It was all one nation under a groove indeed.

At 71, Clinton is no longer the spry performer he once was back in the day. He didn’t sing or talk to the audience much. Clinton more or less played the role of conductor. Several times during the performance he was content to take a seat on the stage, and like a proud papa, watch his band of merry funksters do the movin’ and groovin’.

During his Seattle performance, it was obvious that Clinton still loves being the ringmaster of the P-Funk circus while being engulfed in clouds of substances that are no longer illegal in the state of Washington.

A George Clinton / P-Funk show is nothing but a party – song structure and set list be damned. Underneath the haze of pot smoke, funky lyrics, and carnival atmosphere of a P-Funk joint lies world-class musicianship from some brilliant cats and a real-life musical genius. Thank you for showing The Emerald City a funky good time, Mr. Clinton! 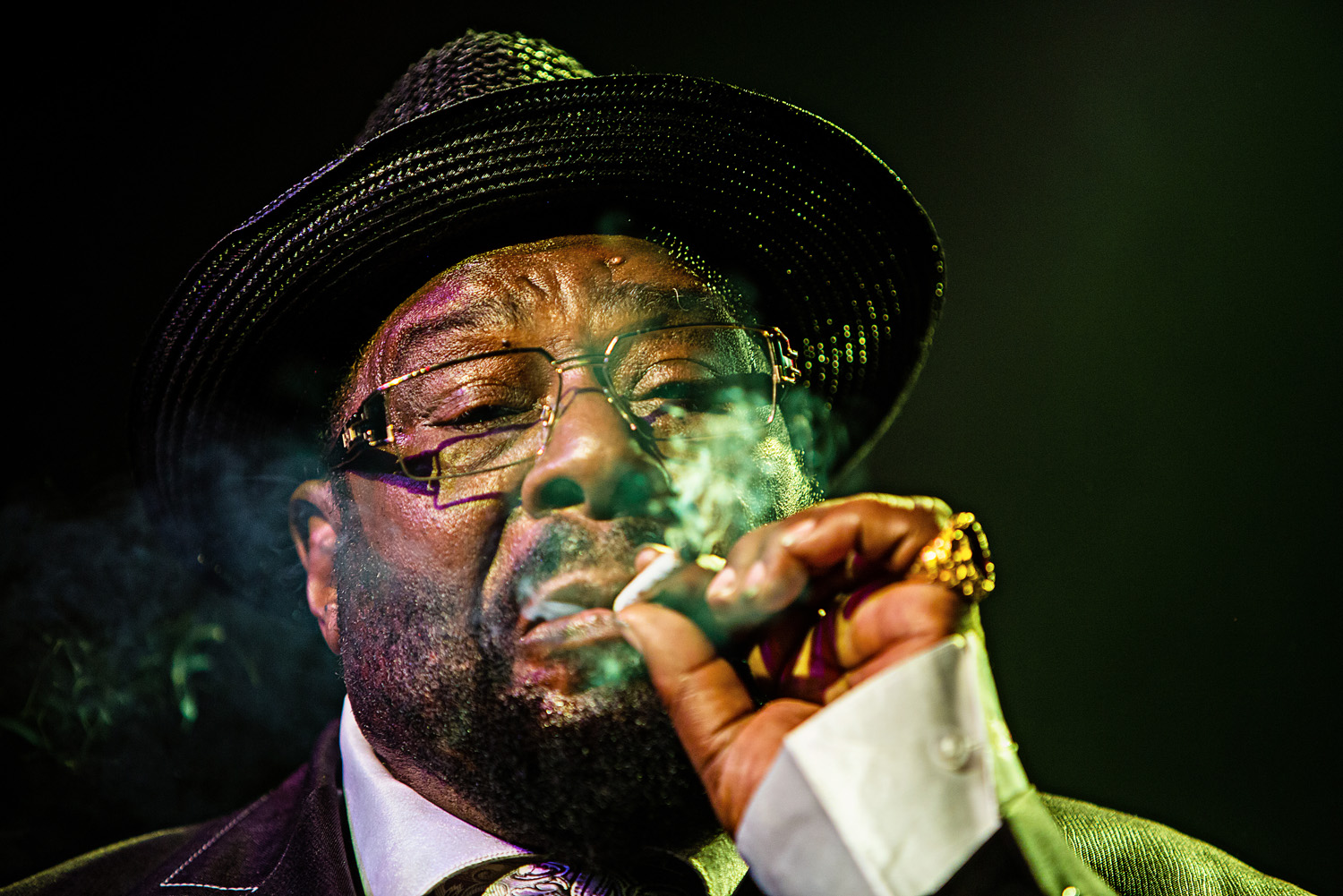 Not only is he a multi-media journalist, he is also an accomplished musician. He is the founder of SMI and drives the creative look, feel and branding for the publication. His years of writing, arranging, and performing live music in a variety of genres inform his ability to communicate the message and the mechanics of music. Roth’s work on SMI reflects his philosophy that music is the universal language, and builds community. He believes it has the power to unite people of every race, religion, gender, and persuasion.
Related ItemsFunkadelicGary ShiderGeorge ClintonMat HaywardP-FunkParliamentSeattle Music HappeningsShowbox at Showbox at The Market
← Previous Story QmP Tears Up Yakima Sports Center (Photo Slideshow)
Next Story → Seattle musicians to pay tribute to Squeeze at The Triple Door (Videos)