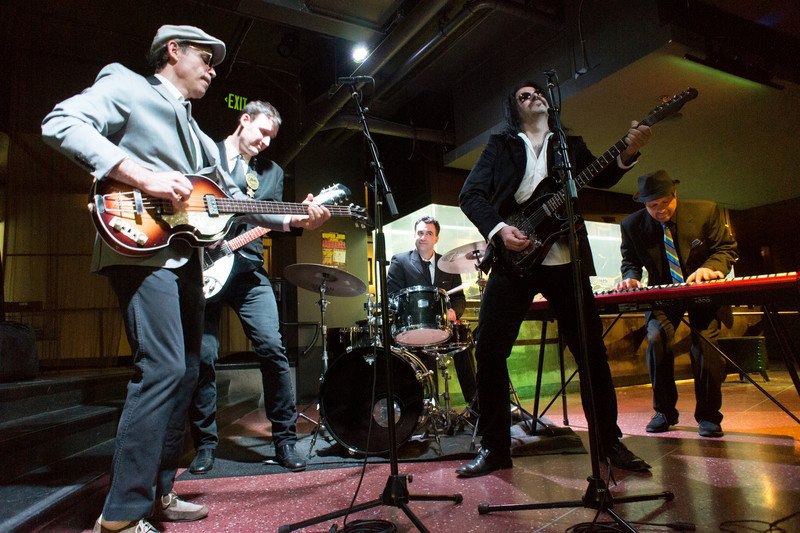 In the early 80s, I fronted my very first band called The Blitz. We were a four piece power-pop / new wave outfit covering everything from Cheap Trick to The Ramones and The Clash.

We also were quite enamored with a combo out of the UK called Squeeze. We performed Pulling Mussels From a Shell and Another Nail in My Heart from their LP Argybargy (the last record that keyboardist Jools Holland played on).  We loved performing those songs, and our audience loved hearing them.

Unlike some of the other songs in our sets, those particular songs took a little bit more time to learn. This was due to the fact that the straightforward and catchy pop ditties, penned by Glenn Tilbrook and Chris Diford, were deceptively complex.

Squeeze hasn’t done a ton of touring in the US, but luckily for us in the Northwest,we have the next best thing. Super Jam, a band made up of accomplished local rock and pop musicians, will pay tribute to the group at The Triple Door, Friday April 12th, at 7:30pm. Super Jam will perform every song from the band’s 1982 hit album, Singles 45’s and Under, plus many more Squeeze favorites.

The band has been hard at work, meticulously recreating some of the finest crafted songs in pop history, paying attention to the finest details. This will be a fitting and well-deserved tribute to a brilliant group.

I sat down with Rick Lovrovich and Jakael Tristram recently to discuss the material Super Jam will be covering and the upcoming show. You can see a portion of that interview by clicking the video below.

“Singles 45’s and Under” gathers a dozen of Squeeze’s classic power-pop hits into one platinum collection. It represents their prime — from Chris Difford croaking out “Cool for Cats,” to Glenn Tilbrook chiming “Annie Get Your Gun,” to Paul Carrack crooning the delightful “Tempted.” It’s no wonder the songwriting duo of Difford and Tilbrook were then hailed as ‘The New Lennon and McCartney’. 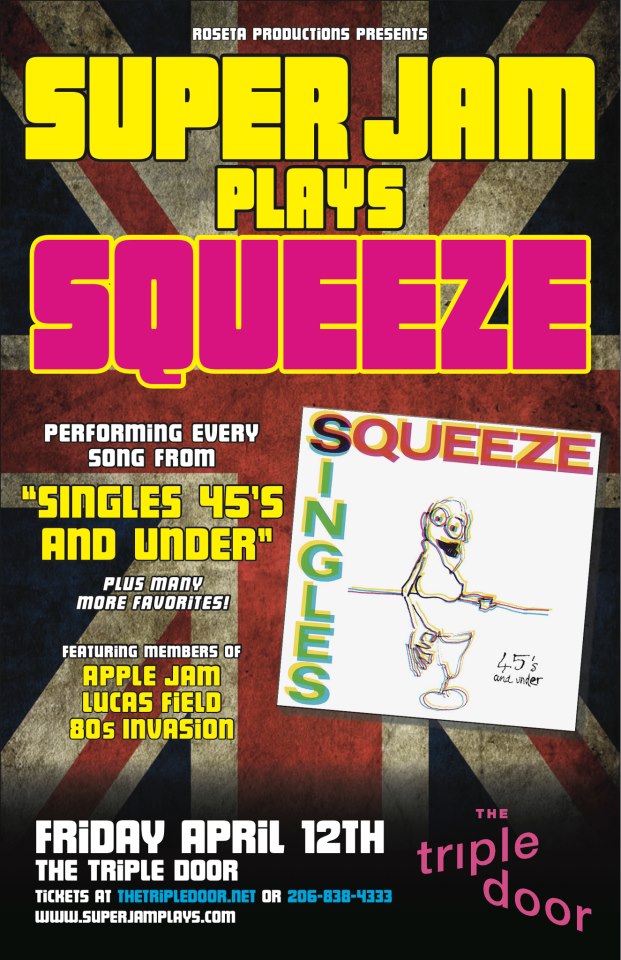 Super Jam Plays Squeeze will feature songs from Squeeze’s prime — from Cool for Cats, to Tilbrook’s Annie Get Your Gun Paul Carrack’s Tempted.

Tickets for the event are available here.

Not only is he a multi-media journalist, he is also an accomplished musician. He is the founder of SMI and drives the creative look, feel and branding for the publication. His years of writing, arranging, and performing live music in a variety of genres inform his ability to communicate the message and the mechanics of music. Roth’s work on SMI reflects his philosophy that music is the universal language, and builds community. He believes it has the power to unite people of every race, religion, gender, and persuasion.
Related ItemsChris DifordGlenn TilbrookJakael TristramJools HollandRick LoverichSeattle Live MusicSeattle Music HappeningsSqueezeSuper JamThe Triple Door
← Previous Story George Clinton and P-Funk still smokin’ at Showbox (Photo Slideshow)
Next Story → SMI Radio Ep. 88 On Demand: Kevin Sur and Phil O’Sullivan (Artist Home / Timber Outdoor Music Fest)