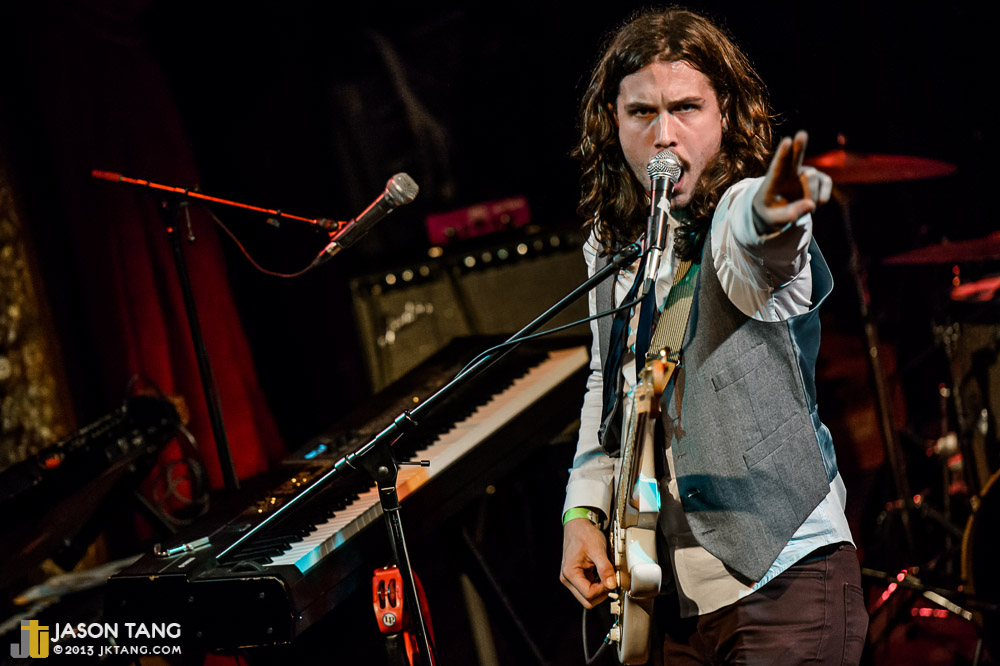 Eternal Fair got up close and personal as they performed songs from their debut album, The Horse That Carries The Wheel, live at the Colombia City Theater on April 12, 2013.

The band opened their act with the intro to their album, The Horse That Carries the Wheel Part One.

Soon after, Eternal Fair switched up the vibe by playing a mixture of slow songs, and then breaking down with a heavy bass to pump up the volume.

Dead Dog Hero was a crowd pleaser with a lot of positive energy and crowd interaction.

Later in the set, Vait proudly announced that their song Donny’s Impossible Dream was being played for the first time in Seattle.

The song is about nothing being out of reach, and how it’s realistic, but not easy, to achieve your goals.

Is it a story about Eternal Fair’s journey? Judging by Vait’s ability to switch seamlessly from guitar to keyboards and back again, all while maintaining a passionate vocal delivery, the song read as a testament to blissful, yet determined, perseverance.

The Horse That carries The Wheel Part Two, the last song from their album, closed the show on a triumphant note.

Jason Tang is a well respected concert photographer in Northwest. Not only does he shoot all of the top Northwest shows and festivals such as Bumbershoot, Capitol Hill Block Party and City Arts Fest, but he also lends his talents to our partners Melodic Caring Project and Seattle Living Room Shows. Jason’s great eye and solid technical acumen make him one of the best and most respected photographers in the region. Because of his stunning photo work and professional reputation, Jason has been requested by name to shoot artists such as Allen Stone and Star Anna. Jason is well thought of within the concert photographer community and is always willing to lend a hand and provide tips to newer concert photographers.
Related ItemsAndrew VaitColumbia City TheaterEternal FairJason TangSeattle Music HappeningsSopeary SokThe Heart That Carries The Wheel
← Previous Story Airborne Toxic Event takes over Showbox (Photo Slideshow)
Next Story → The Rock and Roll Hall of Fame has Heart (Interviews)