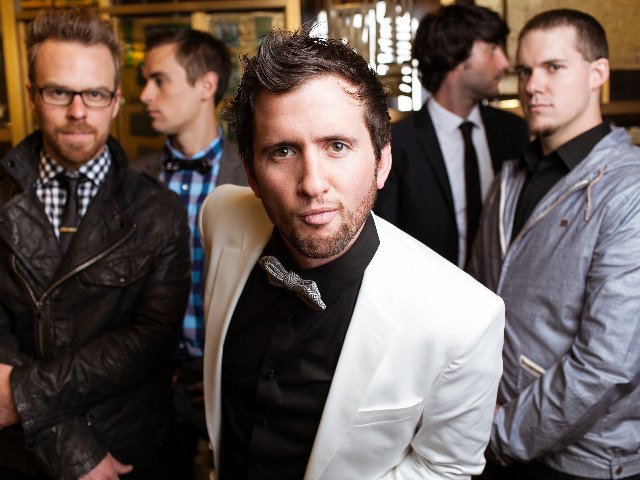 True to their name, the Northwest electro-funky dance pop outfit, Eclectic Approach is releasing their newest EP…. Break The Floor’on July 16th. The group will celebrate the release with a Record Release Party tonight, (7/13) at Seattle’s SHOWBOX MARKET with Special Guests:Hot Bodies in Motion, Ben Union featuring The Fame Riot, and James Redfern.

This album has been highly anticipated after EA’s Jimmy Kimmel show  (See video below) appearance and the band just played BottleRock with The Black Keys, Kings of Leon, Allen Stone, to name a few. They also recently opened up for Macklemore and Ryan Lewis in front of over 4,000 fans. Eclectic Approach is on their way and this new EP is full of ‘Radio Ready’ tunes. 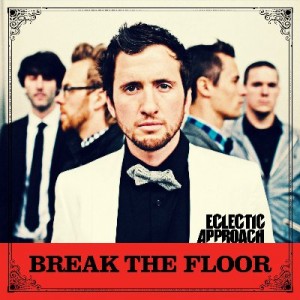 Watching Eclectic Approach you get the same feeling as when you walk into a really great party; people are dancing, groovin’ and letting the good times roll. “We bring a really positive message with our music and live show. We want people to have a great time and walk away feeling better about life.” It’s a great philosophy for a band to have, and has proven effective as their name spreads like wildfire across the Northwest and beyond.

Not only is he a multi-media journalist, he is also an accomplished musician. He is the founder of SMI and drives the creative look, feel and branding for the publication. His years of writing, arranging, and performing live music in a variety of genres inform his ability to communicate the message and the mechanics of music. Roth’s work on SMI reflects his philosophy that music is the universal language, and builds community. He believes it has the power to unite people of every race, religion, gender, and persuasion.
Related ItemsBen UnionEclectic ApproachHot Bodies in MotionJames RedfernSeattle Music HappeningsSetlist ManagementThe Fame Riot
← Previous Story SMI Radio Xtra: Music Photographer Jason Tang (Audio Interview and Photo Slideshow)
Next Story → SMI Radio Ep. 92 On Demand: Kevin Sur & Phil O’Sullivan (Timber!) and Andrew Joslyn