Hot fun in the Summertime at 107.7 The End “Summer Camp” (Photos Slideshow) 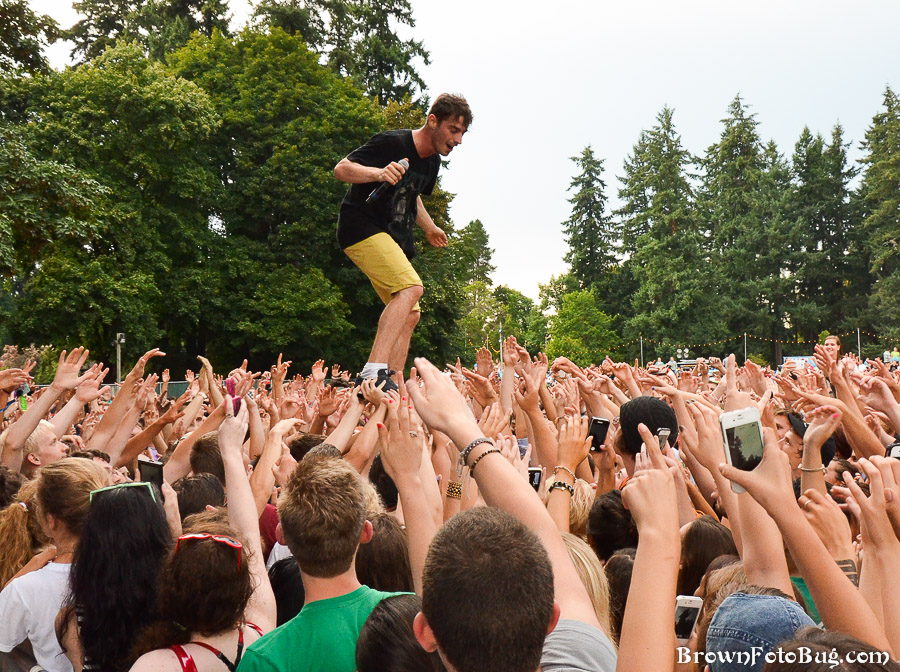 Lanyard making and wilderness skill classes be damned. 107.7 The End’s Summer Camp stripped away the conventional sleep away camp standards on August 10 to host a day full of buzz worthy indie and alternative bands at Marymoor Park in Redmond, Wash.

Throughout the afternoon smaller bands took the stage and got the energy going early. New York’s MS MR took their electro rock songs and converted them into a relentless, powerhouse set. Lizzy Plapinger danced across the stage with her lime green hair belting vocal lines akin to the Florence Welch. The band’s hit “Hurricane” had many dancing, even out in the far off grass area.

Local folk-rock outfit Hey Marseilles showcased quite a bit of material from their latest album Lines We Trace. Though string players Sam Anderson and Jacob Anderson still played their cello and viola respectively, much of the arrangements seemed more geared for the alternative rock setting. For a few songs, the two would even switch over to bass and guitar. Songs like “Bright Stars Burning” felt more like rock ballads than folk sonnets like on the recordings. That said, the change up fit. At one point Anderson carried his cello toward the end of the stage and played atop a speaker.

Family of the Year’s sound felt like a merger between Hey Marseilles and MS MR. Every other song seemed to switch genres completely. Some pulsed like new waves jams while others simmered with acoustic fervor. It felt a bit disjointed but did well to tie together the eclectic acts on the roster.

Wavves made their first appearance in the Seattle area since the release of their latest record Afraid of Heights. Though the band only played several tracks on the new record, favoring songs from their 2010 album King of the Beach instead. Nathan Williams kept mostly still as he trudged through raucous tracks like “Super Soaker” and “Demon to Lean On.” Bassist Stephen Pope was the stand out in the group with his flowing curly hair, flying-v bass, and Metallica tank top.

Probably the biggest crowd favorite of the day was New Politics. Vocalist David Boyd throughout the set would perform back flips or dance the robot. During one song he walked on top of the crowd, letting the audience hold him up as he stood and sang and rapped. Between songs he’d get the crowd amped with inspirational speeches about this being a perfect night. The band drew the largest crowd and most extensive dance party of the day.

The Neighbourhood brooded on the stage in all black. The band’s sound fused pop and R&B with indie rock aggression. Lead vocalist Jesse Rutherford paced and swayed across the stage as the group performed hits like “Sweater Weather” (note: Summer Camp was decidedly not sweater weather with the 80 degree heat) and “Afraid.”

Surfer Blood have become somewhat of staples in the area, performing in Washington for the fifth time since May (if you count both of their shows with Foals at The Neptune). Vocalist John Paul Pitts brought out some of his routine, semi-robotic moves as he marched along the stage. During “Take It Easy,” he sang half of the song while crowd surfing. “Weird Shapes,” from their latest album Pythons, took even more of a punk edge live with Pitts screaming parts of his vocals instead of sweetly singing them. The group ended with the bittersweet “Drinking Problem” from their Tarot Classics EP. The song transformed from a somewhat experimental bass droner to a lively dance-rock finale.

Cold War Kids closed out the day, opening their set with the vivacious “Mexican Dogs.” Though the set included a good amount of new tracks, the band made a strong effort to include cuts from older albums. “I’ve Seen Enough” and “Hang Me Up To Dry” felt even more electric, with Nathan Willett’s piercing vocals cutting through the thick, grimy guitar parts. Their latest single “Miracle Mile” was a gun shot in an already fast paced set. The band took little time to slow down and instead opted for bigger, faster, and stronger. 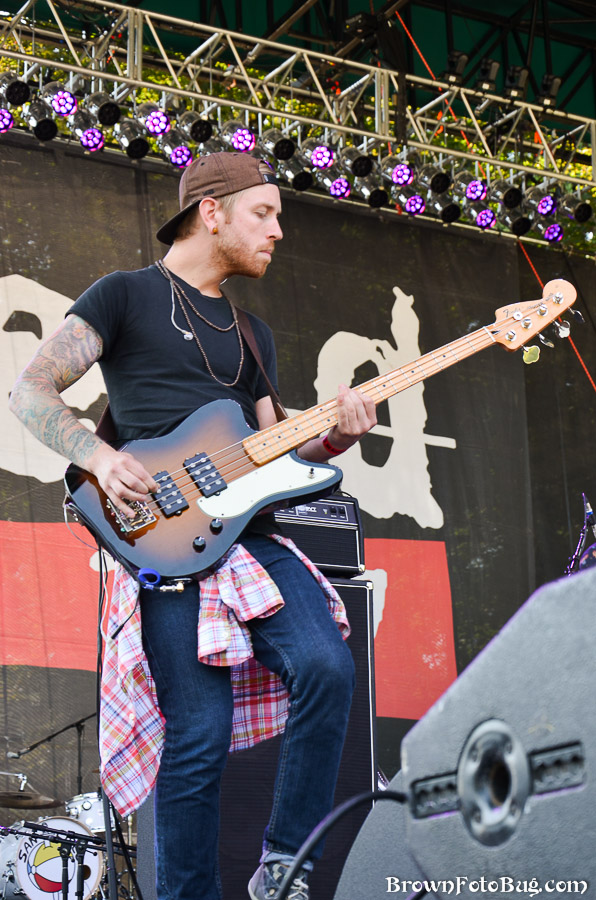 Dusty Henry got his first bite of the local music scene at a Schoolyard Heroes show in Bremerton, Wash. and has been craving it ever since. He graduated from Seattle Pacific University in 2012 with a degree in Journalism. He has written for CityArts Magazine, KEXP.ORG, SSG Music, Ballard News-Tribune, Queen Anne and Magnolia News, and more. He’s an avid record collector so if you see him digging through record bins (most often Sonic Boom in Ballard) feel free to say hello! Dusty also manages the local music blog PreAmp where he writes about smaller local acts and provides resources for bands as they continue to grow.
Related Items107.7 The End107.7 The End Summer CampArlene BrownCold War KidsDusty HenryFamily of the YearHey MarseillesMarymoor Park Concert SeriesMS MRNew PoliticsSeattle Music HappeningsSurfer BloodThe NeighbourhoodWavves
← Previous Story Walking Papers new LP includes exclusive live tracks from Synergia NW 2013 (Photos)
Next Story → Fitz and The Tantrums do their new thing at Showbox SODO (Photo Slideshow)