Live Music Preview: Shovels & Rope are coming to the Neptune

By Alex Crick on October 7, 2013@crickontour 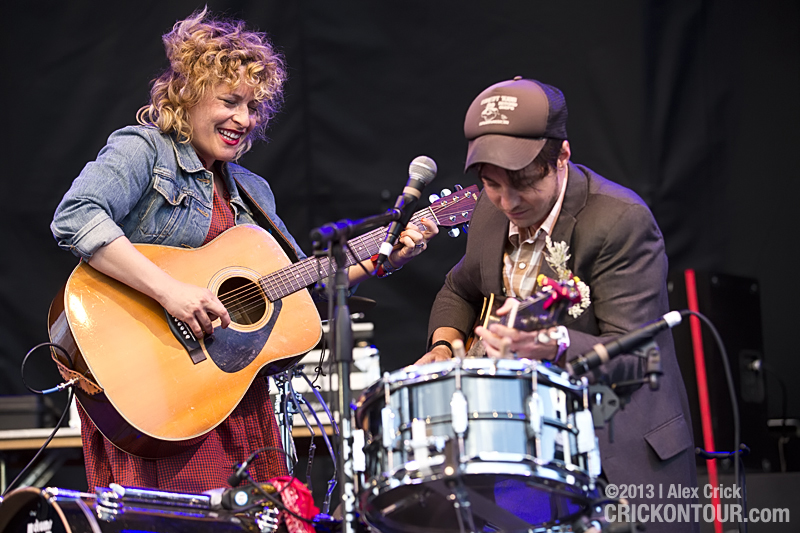 Shovels & Rope and an energetic two piece hailing from Charleston, South Carolina.  Relying on two old guitars, a couple of harmonicas, and a drum kit they play some of the best Americana ever to grace your ears.  One can hardly contain the amount of energy that flows through your bones when listening to a live performance by this quirky duo, the only release it jump to your feet and dance along.  Touring off their latest release O’ Be Joyful the band has been a darling of KEXP.

The duo played a sassy set this past May at Sasquatch 2013. Those of you not fortunate enough to catch the young bucks of Americana’s last Northwest performance, It is highly recommended that you head on over to the Neptune on October 9th before they take the world by storm.

Alex Crick is a Seattle based freelance photographer specializing in music photography. His interest in photography began as a school project in the early-90′s, when he also attended many live music shows. Eventually, he combined these two interests by conveying the power and excitement of live music through the eye of the camera. Over the years, he’s traveled all over the country photographing live musical acts. You can find samples of his work in SPIN, Billboard, Esquire. View his work here
Related ItemsAlex CrickNew Music PreviewSeattle Music HappeningsShovels & RopeThe NeptuneThe Neptune Theatre
← Previous Story Taste The Fun With The Concerts At The Central Washington State Fair
Next Story → New Music Preview: ‘Let’s Be Still’ from The Head And The Heart