By Christine Mitchell on October 8, 2013@Housetornado37 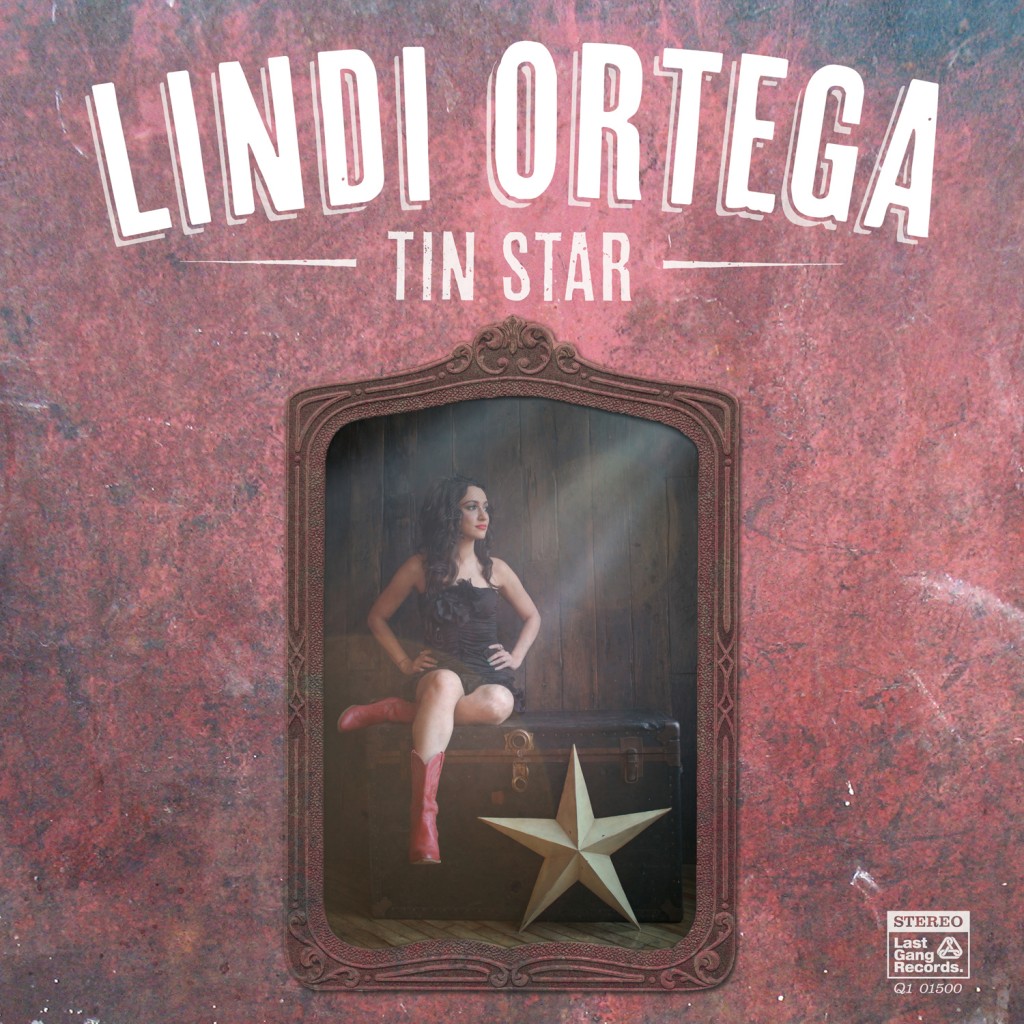 Although I consider myself a rocker, I must confess that I have a little bit of a secret crush on country music…if it’s the right sort. That’s why I jumped at the chance for an early listen to Lindi Ortega’s new album, Tin Star. Ortega, an Irish-Mexican who hails from Toronto but now resides in Nashville, doesn’t dish up the type of country you’re going to hear alongside Taylor Swift and company. Instead, her sound is a mingling of more traditional country sounds with a modern take on the usual heartache and loneliness.

The first striking thing on Tin Star is Lindi Ortega’s lovely voice. With a Dolly Parton-esque lilt at times and a Stevie Nicks scratchiness at others, Ortega can easily sing slowly and breathily (as on ‘Something For You’) or with strident power (‘Voodoo Mama’).  The multi-tracked backing vocals add lushness to songs like the opener ‘Hard As This’. Ortega even ventures the occasional Slim Whitman yodel at appropriate moments, and pulls it off without a hitch.

Musically, ‘Gypsy Child’, ‘All These Cats’,  and ‘Voodoo Mama’ find the band tripping along to a Johnny Cash tempo, propelling Ortega’s vocals along with a driving beat. On ‘Hard As This’ and ‘Lived and Died Alone’ take on a more spaghetti-western or Robert Rodriguez film feel. At other times the music tamed down and I felt echoes of quiet Rosie Thomas songs (‘This Is Not Surreal’, ‘Waitin’ On My Luck To Change’).  And no country album is complete without the requisite ballads: the plaintive closer ‘Songs About’ nearly breaks your heart as Ortega sings about the music she knows how to sing along to atmospheric strains of piano and organ.

Tin Star is an achingly beautiful country album that is an easy listen from the get-go, but it for all of its accessibility it sacrifices nothing in song craft. Lindi Ortega is the real deal.

Christine Mitchell has been poring over album liner notes pretty much since she acquired the skill of reading, and figured out the basic structure of rock songs at an early age. Whether it’s the needle popping into the first groove of the record, the beeps that signal the beginning (or end) of a cassette tape, or digital numbers ticking off the seconds from zero, music brings Christine happiness, ponderous thought, opportunities for almost scientific study, and sometimes a few tears. When she started attending live shows two decades ago, a whole new piece of the puzzle clicked in and she has been hooked ever since.
Related ItemsChristine MithcellLindi OrtegaSeattle Music HappeningsTin Star
← Previous Story Chinook Fest 2013 Extra: Not Amy Opens Chinook Fest And Mesmerizes The Crowd
Next Story → New Music Preview: ‘Let’s Be Still’ from The Head And The Heart