‘The Glamour & The Squalor’ benefit show hits Seattle this Friday 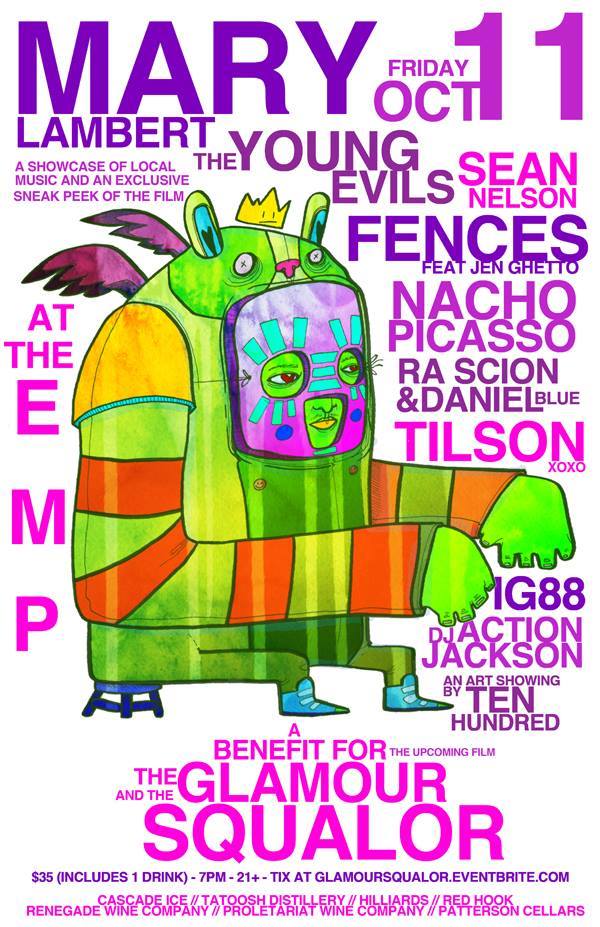 Before the advent of the internet, MP3 players, iTunes, Pandora, Rhapsody, Spotify, Napster, and all the rest… radio was the de facto delivery system for bringing the latest and greatest music to the masses and breaking emergin artists. If radio was the vehicle, then it was the DJ who was the driver, and no one epitomized the model more than Seattle’s very own Marco Collins.

Marco was DJ, assistant program director, and music director at 107.7 The End during the 90’s and helped introduce the world to bands like Pearl Jam, Alice In Chains, Soundgarden and Nirvana. The new Seattle sound became known as “grunge.” Record companies, sensing there was gold in them there Northwest hills, sent armies of A&R reps to sign the next big Seattle act and cash in. You can read more about Marco here.

Yes, it was Marco who championed the best and brightest Northwest artists of the era, and helped shine the musical spotlight back on The Emerald City for the first time since the time of The Sonics, Hendrix and Heart. To many, the 90’s were a bit of a blur, and halcyon days indeed.

A wonderful project entitled The Glamour & The Squalor is currently in production. The movie will capture the essence of the Seattle music scene in the 90’s and the story of one of the movement’s spiritual leaders. Moreover, The Glamour and The Squalor will feature the rise and fall and rise of one of the last great DJ’s, his pure passion for the music and indomitable spirit. If the teaser videos are any indication, this will be a must see film for anyone that loves music, has a strong reverence for rock n’ roll and Seattle music as a whole.

Creating great art takes time and costs money, so this Friday, at 7:00 PM a massive benefit concert will be taking place at EMP to help raise funds for the completion and awareness of the documentary. The concert will feature an all-star lineup consisting of Mary Lambert,  The Young Evils, Sean Nelson, Nacho Picasso, RA Scion & Daniel Blue (Motopony), Fences, DJ Action Jackson (Flymoon Royalty), Ruler, IG88 and other guest appearances. The show will be hosted by comedian and performance artist, El Vez.  Proceeds from the event will go to benefit in the completion of The Glamour and The Squalor.

What: The Glamour & The Squalor Benefit Concert 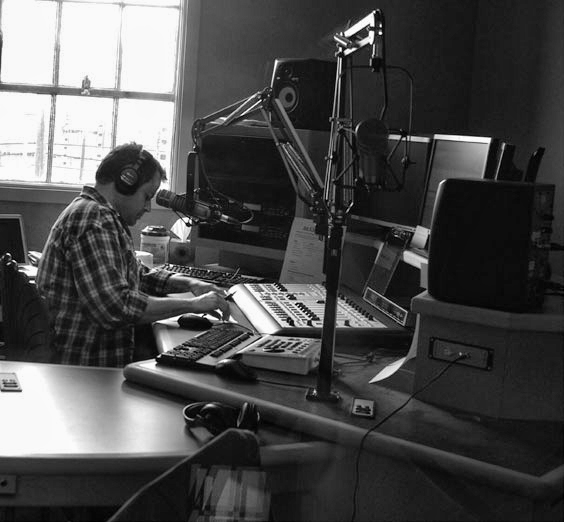 Inherent to the film project is our social outreach program. The goal for The Glamour & The Squalor is to raise the profile of the social issues of Marriage Equality and drug/alcohol addiction. The film and related outreach campaigns will unite an international network of music lovers, LGBT people, civil rights advocates and recovery support organizations. We aim to create awareness and support equal rights among the LGBT community and specifically the freedom to marry. We will partner with the Human Rights Campaign to raise visibility of the LGBT community, build alliances across identity lines and advocate for equality in states which have current marriage-related initiatives on their ballots. Through our partnership with MusiCares, our goal is to raise awareness of the perils of addiction and provide support for the programs that MusiCares operates to assist musicians through the stages of recovery.

Not only is he a multi-media journalist, he is also an accomplished musician. He is the founder of SMI and drives the creative look, feel and branding for the publication. His years of writing, arranging, and performing live music in a variety of genres inform his ability to communicate the message and the mechanics of music. Roth’s work on SMI reflects his philosophy that music is the universal language, and builds community. He believes it has the power to unite people of every race, religion, gender, and persuasion.
Related Items107.7 The EndAlice in ChainsDaniel BlueDJ Action JacksonEl VezEMPIG88Marco CollinsMary LambertNirvanaPearl JamRA ScionRulerSean NelsonSeattle Music HappeningsThe Glamour & The SqualorThe Young Evils
← Previous Story Looking Back On Day 1 Of Chinook Fest 2013 (PHOTOS)
Next Story → Timber! 2014 passes will be available on Rocktober 15th