By Arlene Brown on November 30, 2013@brownfotobug 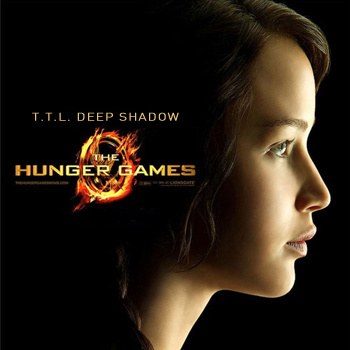 I have to admit, I’ve not read The Hunger Games books, yet.  I know.  I know.  What rock have I been under?    Well, I just couldn’t get into them.  Until some friends begged me to go see the second movie.  Well, I’m glad they did.  One of the first things that makes or breaks a movie for me is the music that supports what’s going on.  Creepy, fast, happy, peppy, scary, it’s all made possible by the music.  It truly does set the scene.  And I have to say, I think I might have to read the books now….with the soundtrack playing in the background, of course.

Overall, Catching Fire’s soundtrack is pretty good.  Now, honestly?  I love most movie soundtracks.  You get a mix of artists’ songs you can’t find on any of their normal releases.  Or covers of other bands’ songs.  Or one of a kind songs specifically written for the movie.  Anything original, hard to find, and unique is pretty cool in my book.

I was a little surprised that the songs are in alphabetical order.   If it were up to me, I would have put these songs in a little different order.  But after listening to the entire album, it’s overall a great mix of up and coming bands mixed with current chart toppers, and well, The Godmother of Punk has an original score on here as well.  Yeah, Patti Smith herself, a big fan of The Hunger Games.   Who knew?

First up, a very mellow and almost complete downer “Angel on Fire” by Antony and The Johnsons.  I didn’t see this on the cd at the store, but it did play on my digital copy.  (Not a big loss, and not surprised it wasn’t on the store’s copy.)  So we’ll call that a wash.

Coldplay’s “Atlas” was also sort of a letdown.  I was ready for some upbeat powerful drums and guitar/violin/bass riffed filled anthem.  But that’s not what we heard.  “Atlas” is good. It’s Coldplay!  They rock.  But I don’t know if this should have been at the very beginning of the soundtrack.

Patti Smith.  Yes, THE Patti Smith, the Godmother of Punk, the idol and inspiration of more singers/songwriters/bands than just about any other person on the planet wrote “Capitol Letter” specifically for this soundtrack.  Yeah, that’s pretty epic.  Her voice is still amazing.  You can’t help but put yourself in Katniss’s soft boots after hearing this song.  A simple poem, which is what Patti has been known for, since forever. And she performed this with her son and daughter.   That’s really cool.

By now, I’m looking for some bass.  And luckily, Abel Tesfaye, better known as The Weeknd, adds his beautiful, almost male siren like voice to “Devil May Cry.”  But even though it’s got some bass, this song continues the mellow pace of the movie.  And I have to add, The Weeknd’s voice has some amazing Michael Jackson qualities.  I like this guy.  I want to hear more from him.

“Elastic Heart” brings that upbeat vibe I’ve been waiting for.   I can see Australia’s SIA singing this while walking through the woods of The Hunger Games singing out like a mocking jay.   Her beautiful soprano gave me goose bumps.  That’s about as cool as it gets with me.

A cover of the Tears for Fears’ 80’s classic, “Everybody Wants to Rule the World” by New Zealand teen pop sensation Lorde.  Yes,  and she was brilliant.  What better song for Lorde, who is taking over the music world, to perform this song on a soundtrack about a girl, Katniss, of the exact same age who is taking over The Hunger Games’ world?   Coincidence?  I think it’s perfect.  Well, Lorde completely remade this in her own Lorde fashion.   Her growl like singing just screams Predator.  And I love.it.so.much.  These girls, Katniss and Lorde, can do no wrong!

DECIBEL FESTIVAL 2013: MY LORDE THAT GIRL IS GOOD (PHOTOS) 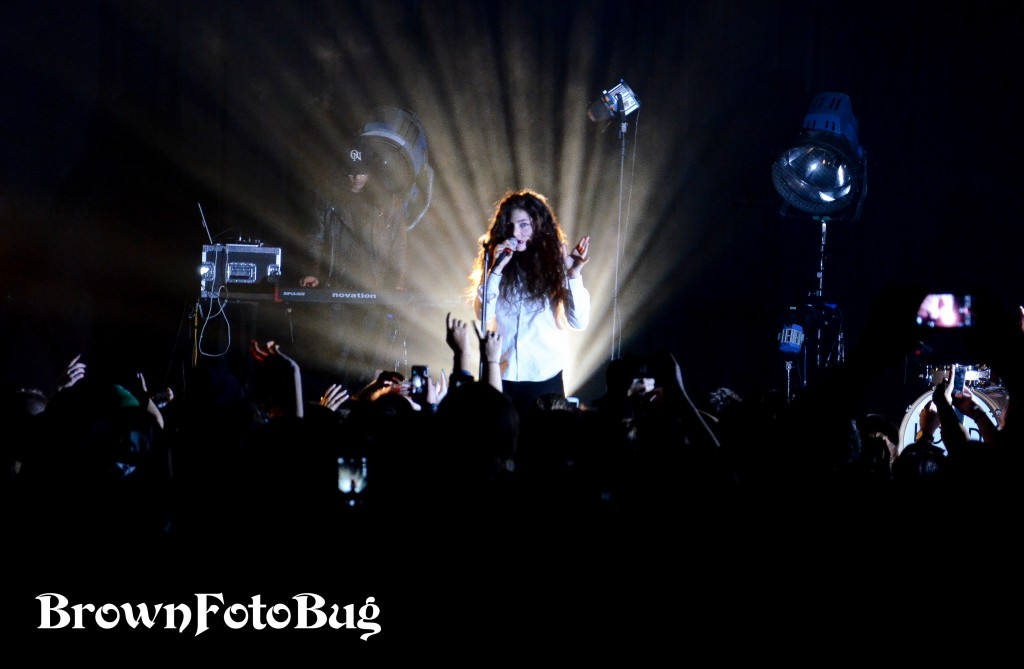 Lorde at Showbox @ The Market (Photo by Arlene Brown)

Like I said, I haven’t read the books, but if you have, you know Gale.  He’s Katniss’s best friend ,and well, eventually love.  But The Lumineers remind us of what he’s going through with Gale Song.  As Lorde was to Predator, this song is to simple, sweet, and just Wesley Schultz and his acoustic guitar.  Simple is good here.  Very good.

Have you heard of The National?  No?  Well, you should give them a listen if you like a smooth baritone singing with a tight indie/alt rock band.  You need to listen to these guys.  On this soundtrack they add another layer of the mellow, emotional journey going on in the movie.  “Lean” talks about how you need someone around you to help you out sometimes.  And vice versa.

Another new band, to me at least, on this album is Phantogram.  They add a simple electronic rock dance beat type layer after so much mellow.  (Which, I have to admit helped wake me up.)  The duo of Sarah Barthel and Josh Carter’s “Lights” were definitely a bright spot at the midpoint of the soundtrack.

And if you could follow up one angelic voice with another, Ellie Goulding fits “Mirror” perfectly.  Her slightly British accent helps distinguish her from other females on this album.  With more electronic rock beats backing her up, she adds her own fire.

Okay, I know I’ve given almost everyone top marks on this soundtrack.  But really, they’re good.  Take this next new up and coming band, Mikki Ekko.  They’re growing on me.  And fast.  “Place for Us” is fitting for them, because they are going to climb the charts quickly.  And they have a place on this album and on your play list.  (I won’t say this about everyone.  But trust me on these guys.)

What can I say about Santigold?  Their song “Shooting Arrows at the Sky” reminds me so much No Doubt, but with a more techno/electronic rock sound.  They’re okay.  But I kind of wish they would have just called Gwen Stafani and had her do this song.  Truly.  But if you like them, well, that’s cool.

Nanna Bryndís Hilmarsdóttir, could sing this song “Silhouettes,” acapella and it would be amazing.  Luckily, the rest of Of Monsters and Men adds even more depth and just a level of experience to raise the bar on the overall likability of Catching Fire.

Okay, let’s stop for a second.  Almost all of the bands on here are indie rock, alt rock, or EDM.  And I would think adding Christina Aguilera would not fit.  She’s about as far from the rest of these bands, right?  I mean, there’s no way this will work.  But you know.  She fits.  Aguilera’s “We Remain” is rock solid.  Her voice is just as angelic and powerful as always.  No pop here.  She grinds her voice just enough to give that edginess that makes this work and fit with the rest of her Soundtrack mates.

Finally!!  These last couple of songs are the upbeat, faster paced, climax filled songs I’ve been waiting for.  Imagine Dragons adds a march-like closure to this album with “Who We Are.”  I know who they are.  If you don’t, then you’ve been hiding under that rock I was under while trying to hide from reading this trilogy of books.  Imagine Dragons are a great ending to this soundtrack.   Their anthem says “They say we’re crazy!”  Well, you’re crazy to not pick up this soundtrack and give a listen.  You can pick and choose which songs you like the best.  But, luckily, you get a little taste of several great bands.  Now, I’m off to read these books.

Arlene Brown is both a writer and photographer for SMI. She likes to take things one picture at a time. Covering and reviewing shows from Soundgarden, The Proclaimers, Lorde, The Head & The Heart, to Hank3, Bob Log III, New Politics, Black Joe Lewis, Grouplove, including local and national rising bands and more, she truly loves to try to get that perfect shot. Looking for that raw emotion, energy, power that only live music can deliver, she captures the essence of a show in her own unique style.
Related ItemsAntony and The JohnsonsArlene BrownChristina AguileraEllie GouldingHunger GamesImagine DragonsLordeMikki EkkoNanna Bryndis HilmardottirNewsPatti SmithPhantogramSantigoldTears for FearsThe Hunger GamesThe NationalThe Weeknd
← Previous Story SMI New Music Preview: Glen Hansard – ‘Drive All Night’ EP
Next Story → Black Joe Lewis delivers a knockout at the Neptune (Photos)