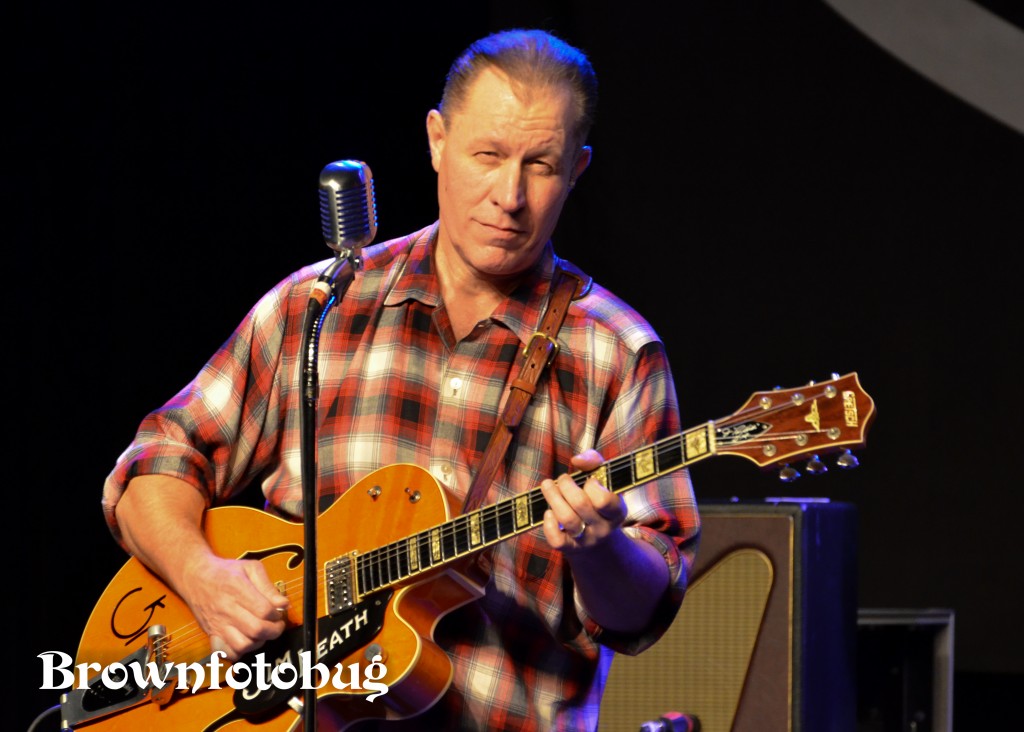 I see a lot of people wearing black at shows…now there’s an understatement for you. And tonight was no exception; in fact, it was more of a superlative as the waves of spikes upon spikes upon leather upon angry beards and baldies piled in. It was a barricade night at The Showbox.

Old Man Markley took the stage and commenced a studied bluegrass ruckus. Their punky hillbilly ditties made use of autoharp, violin, and good ol’ spoons on a washboard. Lead singer Johnnie Carey sang in clear tones as the band got down to the business of whipping up the crowd, Annie DeTemple prancing, pogoing, and providing sweet backing vocals as she (literally) kicked up her heels and played the autoharp. It was a lively set as the band enthusiastically and rather campily danced around the stage, trading places and hamming it up duck duck goose style.

Nekromantix was another thing altogether. This Danish psychobilly-death-horror band drenched themselves in blood-red lights and got straight down to the business of rocking out. Drummer Lux is the high point of Nekromantix’s current lineup, her hair blowing in fanned air as she beat the hell out of her kit with practiced timing and relish. As the core and founding member of Necromantix, Kim Necroman led the band through the set by singing, screaming, and attacking his signature coffin bass as guitarist Francisco Mesa followed along and shouted accompaniment. Sadly, the vocals were very low in the mix and were hard to discern, and timing-wise things didn’t always line up. Still, it was interesting to see the band as they have been around for a long time and have survived several iterations.

Last up was good ol’ Reverend Horton Heat, and the crowd was chomping at the bit as they took the stage. All of those black-clad bad boys had moshed their best to the previous two acts, but it was clearly only a warm up for the Rev. Honestly, it has been at least ten years since my last Reverend Horton Heat show, and I can truly say that they were miles better than the last time I saw them for this reason: the band members all seem comfortable in their own skin. It was great to see smiles on the faces of Jim, Jimbo, and Scott and to see them easily and obviously enjoying themselves.

A decade ago the band seemed to be going through the motions of touring; now they know who they are, where they’re going, and what they want to do, and it shows. They played tight (as always), and served up some great old favorites (‘400 Bucks’, ‘The Devil’s Chasing Me’, ‘Bales of Cocaine’). Not only that, but the new tunes from their upcoming album ‘REV’ did not sound out of place or awkward in any way. The crowd ate it up. The bad boys moshed to their heart’s content. I was stuffed into a bar stool and I probably managed to annoy everyone near me with my seat-dancing, hooting, hollering, and generally belligerent behavior that had no place near said bar stool. Or maybe not. Everyone seemed to be riveted to what was going onstage, whether it was the Reverend going off whilst standing on top of Jimbo’s bass or Scott Churilla doing a crazy-amaze-tastic drum solo. In any case, the audience stayed put for a very long time to hear an encore that featured Jimbo and the Rev. trading instruments on a cover of ‘Johnny B. Goode’.

The black-clad people were tired at the end of the night. I know I was. 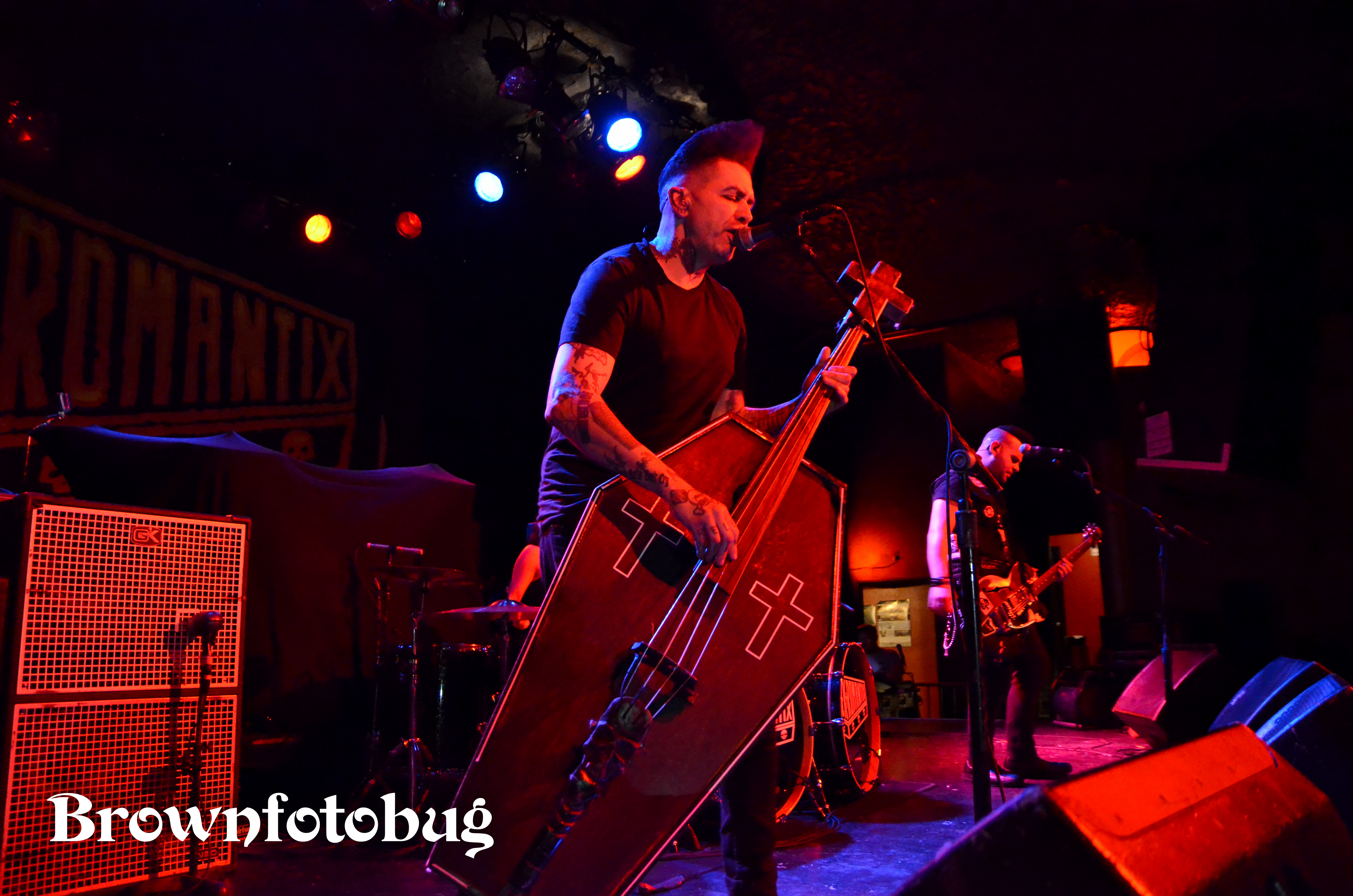 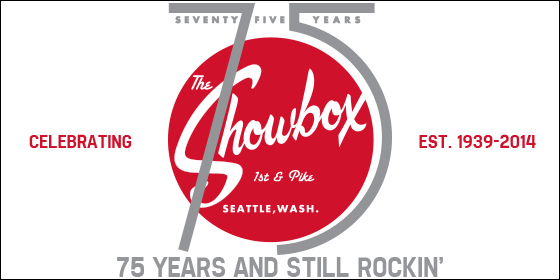 Not only is he a multi-media journalist, he is also an accomplished musician. He is the founder of SMI and drives the creative look, feel and branding for the publication. His years of writing, arranging, and performing live music in a variety of genres inform his ability to communicate the message and the mechanics of music. Roth’s work on SMI reflects his philosophy that music is the universal language, and builds community. He believes it has the power to unite people of every race, religion, gender, and persuasion.
Related ItemsArlene BrownChristine MitchellRevend Horton HeatSeattle Live MusicSeattle Music HappeningsShowbox at Showbox at The Market
← Previous Story SMI New Music Preview: Bruce Springsteen has ‘High Hopes’ in 2014
Next Story → Indigo Girls bring their magic to Edmonds (Photo Slideshow)