By Christine Mitchell on January 20, 2014@Housetornado37 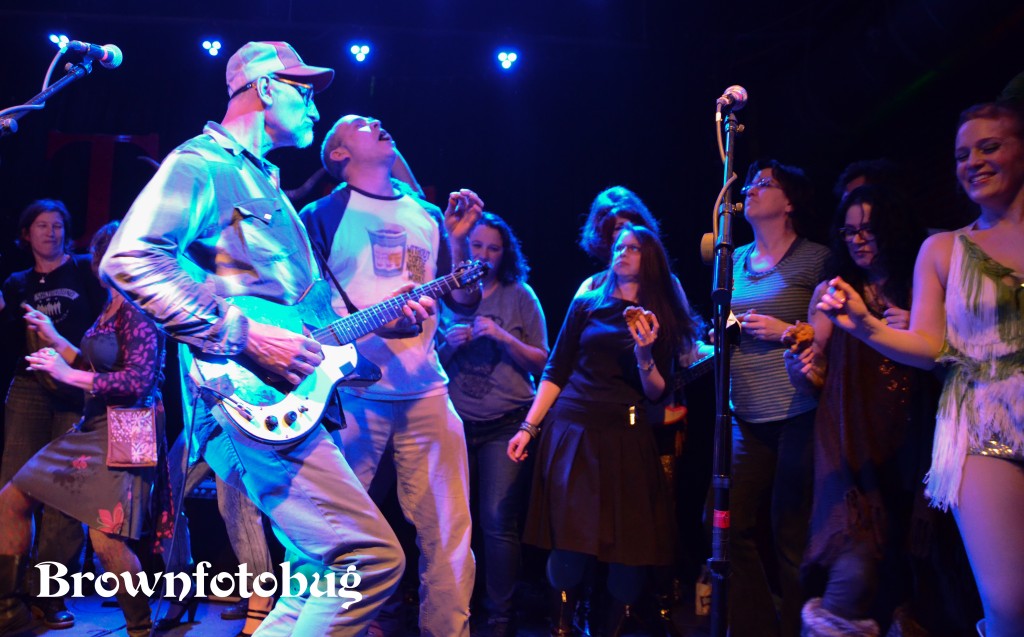 Southern Culture On The Skids (Photo by Arlene Brown)

Most people that I know cradle some special music close to their heart because it feeds their soul. But I’m pretty sure that Southern Culture on the Skids’ music feeds the very human sense of fun in a way that is equally important. Thursday night’s show at The Tractor Tavern in Ballard was a hoot as the band toured in support of their latest album, Dig This: Ditch Diggin’ Vol. 2.

The evening started off on a surf-y note with King of Hawaii. Guitarists Mark Klebeck (lead) and Dave Dysart (rhythm) bent clear, true notes on the loveliest set of Stratocasters I have ever seen. They started out linking up one of their own boarding ditties with a cover of ‘Cecilia Ann’, written in the 60’s by The Surftones but made much more popular when Pixies covered it on their album ‘Bossanova’. Just as it became evident that there would be no singing involved, two go-go dancers hopped up on stage to add an entirely different sort of excitement. Dancer Lulu Bell was particularly enchanting as her fringe, well, went everywhere, and she remained a welcome fixture throughout the night. King of Hawaii had the whole place shaking along as they played old-school sounding yet original songs (many inspired by travel) and also The Bobby Fuller Four’s ‘Our Favorite Martian’.

The Tractor seemed fully lubricated by the time a greasy-looking takeout box was set near the front of the stage. And that box was the crux of the night of fun that was to follow. Rick, Dave, Mary, and Mary’s hair took the stage and greeted a crowd that knew and loved them well. SCOTS music is swampy, backwoodsy, surfy, punky, and as hilarious as all get out. With lyrics like “She’s liquored up/ And lacquered down/ She’s got the biggest hair in town” and songs about houses made of bamboo and banana pudding with the skin on top, it’s impossible for this band not to put a smile on everyone’s face. Rick played his absolutely thrashed out guitar with consummate ease, while Mary completely hammed it up with goofy faces, wig-twitches, and bass-playing that was as large as her beehive.

Drummer Dave took a place right up at the front of the stage with the other two band members, choosing to stand and play than to be relegated to a stool in the back. They and the crowd were at complete ease with one another, and when someone would yell out a request it would invariably be filled. Lulu Bell was urged up on stage to dance again and again, and then was asked to proffer said greasy takeout box to the crowd. It was filled with fried chicken, of course, and the stage was swarmed with fans munching on a leg, thigh, wing, or unknown part and then chucking pieces into the crowd to the tune of SCOTS’ ‘Eight Piece Box’ and then ‘Walk Like a Camel’. After taking a short break, the band returned for an encore that ended with another fan request, ‘Forty Miles to Vegas’. What a sweaty, greasy, finger-lickin’ good time. 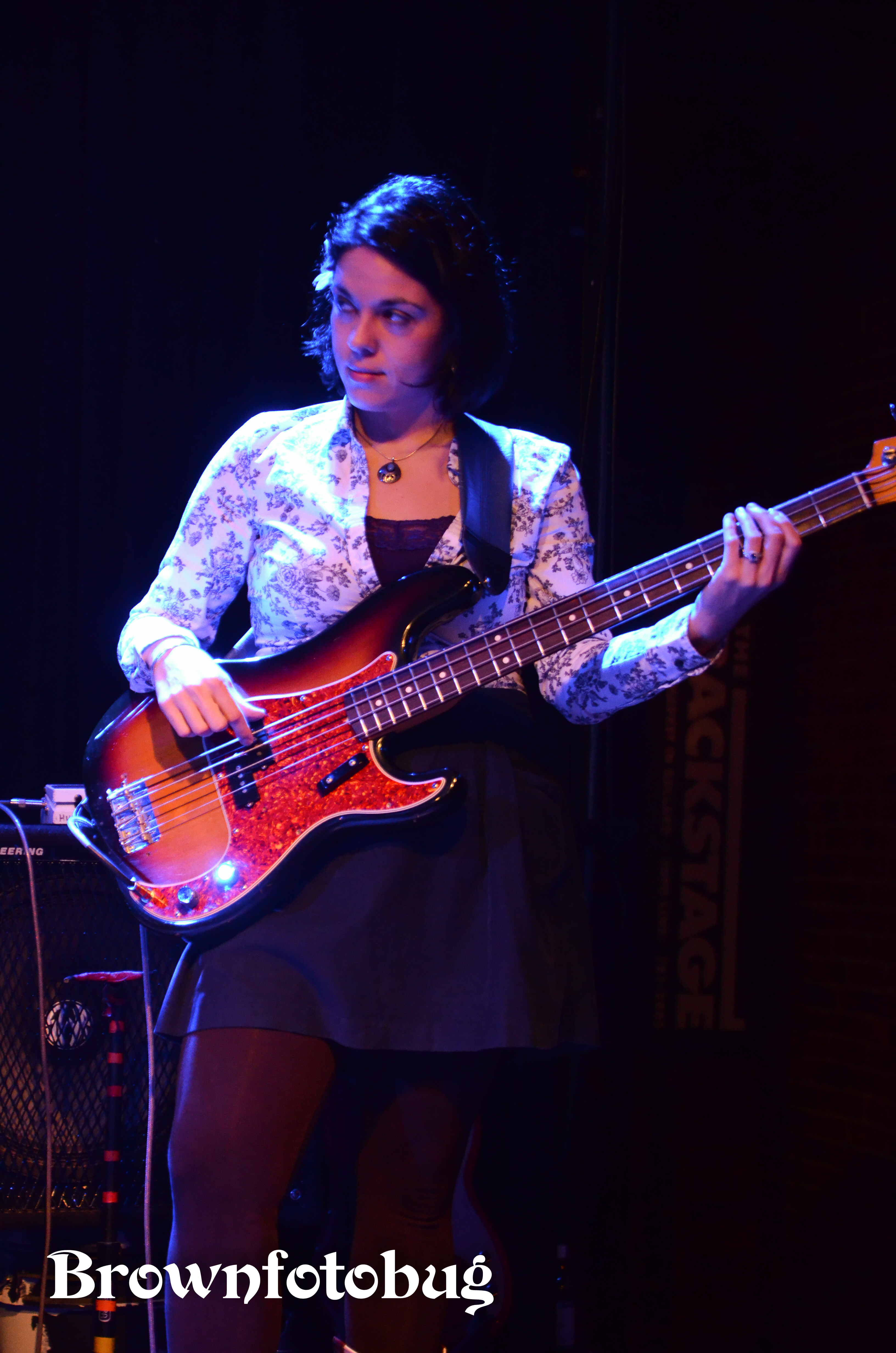 Christine Mitchell has been poring over album liner notes pretty much since she acquired the skill of reading, and figured out the basic structure of rock songs at an early age. Whether it’s the needle popping into the first groove of the record, the beeps that signal the beginning (or end) of a cassette tape, or digital numbers ticking off the seconds from zero, music brings Christine happiness, ponderous thought, opportunities for almost scientific study, and sometimes a few tears. When she started attending live shows two decades ago, a whole new piece of the puzzle clicked in and she has been hooked ever since.
Related ItemsArlene BrownChristine MitchellKing of HawaiiSeattle Music HappeningsSouthern Culture on the SkidsThe Tractor Tavern
← Previous Story TIMBRRR! Winter Music Festival In Leavenworth: A musical hot toddy (Photo Slideshow)
Next Story → Surprise! Foster The People take over The Crocodile (Photo Slideshow)