By Christine Mitchell on February 13, 2014@Housetornado37 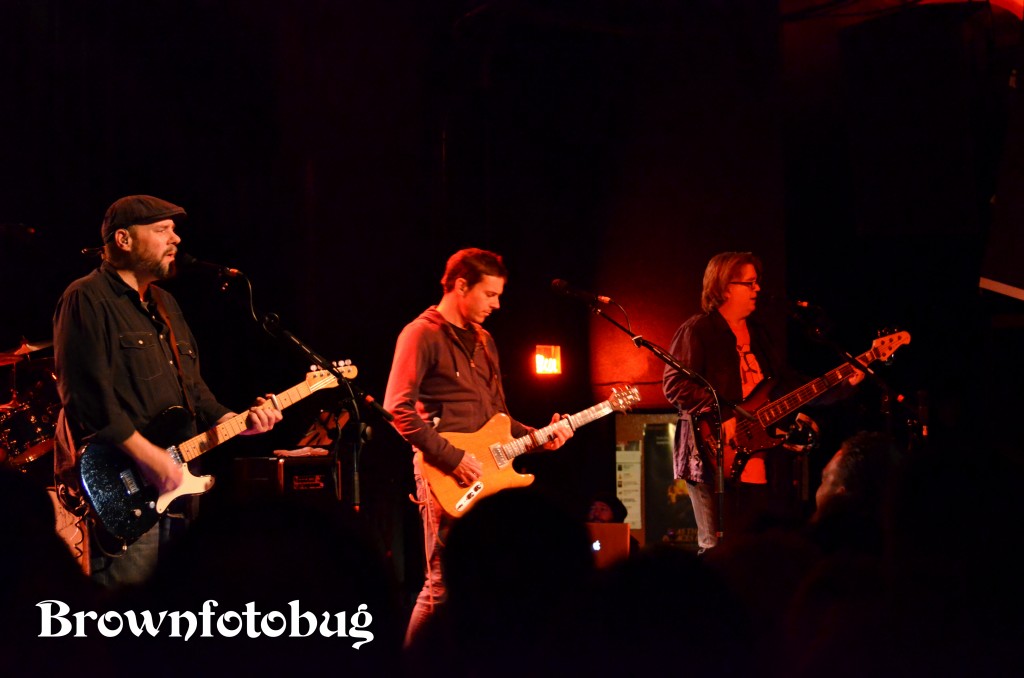 I came into this show with no small amount of trepidation: Toad The Wet Sprocket was the first musical crush that I had where I was able to see a band multiple times live and actively collect singles, vinyl, posters, and ephemera with wild abandon. My future husband knew of my love for Toad The Wet Sprocket probably before he had committed my name to memory. I had it really bad. And, after Toad’s long hiatus, and my moving from a love of alt-rock lite to things darker, harder, and much more murky, I was afraid of what I think of as the old “Scooby-Doo” syndrome: you revisit something from your younger years, find it sorely lacking, and really wish you had just left it in the past.

Toad has been touring in support of their first album of new material since 1997’s Coil; titled New Constellation. The funds for the album were raised in 20 HOURS (that’s $50,000 in 20 HOURS) on Kickstarter. And if you were at the Showbox Market on this night, it was obvious that Toad still has an immense swell of supporters in this neck of the woods. It was packed. The show was so full that it was difficult to get around inside the venue. Another thing that was obvious is that these weren’t new fans. Mom purses hung on cardiganed shoulders. There were PDAs between people who looked like my parents. The show started and ended early. My trepidation increased.

Jonathan Kingham played an opening set that didn’t do much to override the crowd chatter. His songs were more suited to a coffee shop than the Showbox, and his overly friendly attempts at between song banter didn’t help him or his music grow a backbone. His goofy acoustic cover of Bobby Brown’s ‘Every Little Step I Take’ was funny, well-executed, and finally got the crowd’s attention. But even a duet with Toad’s Glen Phillips was eclipsed by the relief felt when Kingham’s set was over.

Toad was good. They were on point. Honestly, I needn’t have worried. Yes, the music still evokes the ‘90s; there is simply no escaping that. The music and the era are hopelessly entangled (at least for me). Toad sounds like a cloudless, sunny day. The vocals and harmonies are clear, the guitars mostly free of fuzz, the drums straight on and to the point. The guys are just straight-up normal dudes (lead singer Glen Phillips hasn’t aged a day). If you have the impression that Toad The Wet Sprocket happy-phones it in, you’d be wrong, and if you listen closely, the song themes run the gamut from questioning of religion, meditations on imperfection and interpersonal relationships, and making peace with the arduous task of living.

My misgivings slowly smoothed out during the set, and when Toad broke out one of their biggest hits, ‘All I Want’ off of 1991’s fear, I involuntarily got goosebumps. After that I was able to just enjoy the songs as they came, whether they were beloved, little-known gems such as ‘Brother’ and ‘Crazy Life’, early catalog tracks (‘Come Back Down’, ‘Way Away’), or brand new songs (‘Cali Wasted’, ‘Rare Bird’). Jonathan Kingman did a great job as a multi-instrumentalist for the band, providing lap steel, keys, and mandolin when called for. As a special treat during the encore, Toad kicked out a tongue in cheek cover of David Bowie’s ‘Ziggy Stardust’ (if you haven’t heard their version of KISS’ ‘Rock and Roll All Night’, you should. It’s freakin’ hilarious). Back in the day, Toad The Wet Sprocket used to close out their sets with their heaviest tune, the feedback-washed ‘Reincarnation Song’. As everyone was older now (and possibly up past their bedtime), the band opted to finish with the tried and true ‘Walk On The Ocean’.  I was really glad I showed up. 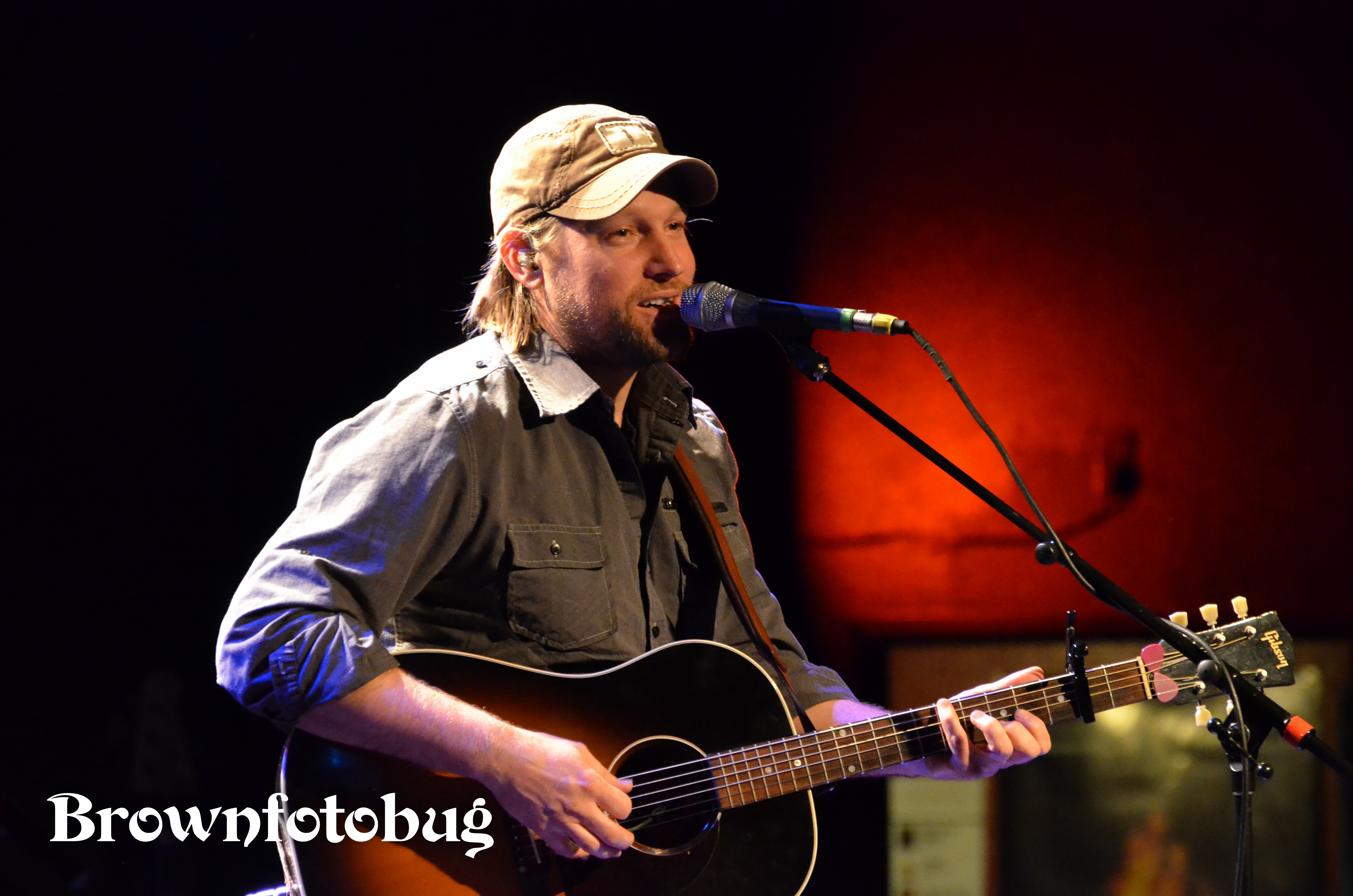 Christine Mitchell has been poring over album liner notes pretty much since she acquired the skill of reading, and figured out the basic structure of rock songs at an early age. Whether it’s the needle popping into the first groove of the record, the beeps that signal the beginning (or end) of a cassette tape, or digital numbers ticking off the seconds from zero, music brings Christine happiness, ponderous thought, opportunities for almost scientific study, and sometimes a few tears. When she started attending live shows two decades ago, a whole new piece of the puzzle clicked in and she has been hooked ever since.
Related ItemsArlene BrownChristine MitchellJonathan KinghamSeattle Music HappeningsShowbox at Showbox at The MarketToad The Wet Sprocket
← Previous Story Austin Jenckes comes home to Seattle hits road for tour (Photo Slideshow)
Next Story → SMI New Music Preview: Young The Giant ‘Mind Over Matter’