By Alicia Kamenick on February 14, 2014@corianderstem 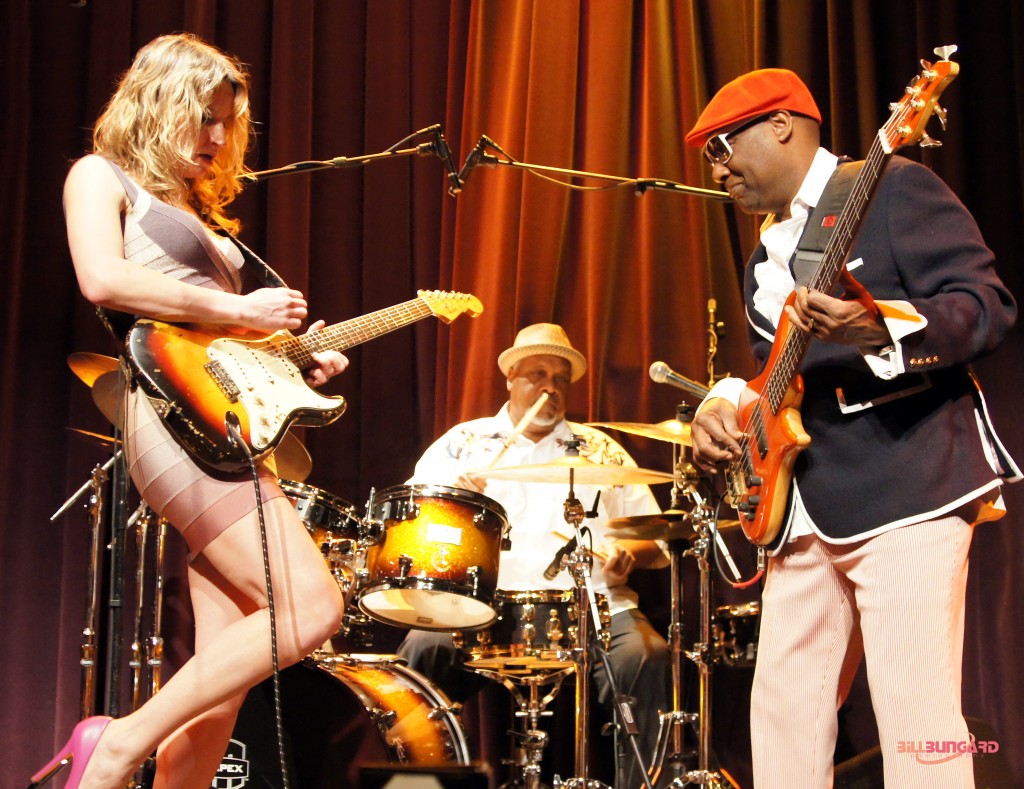 Seattle should be prepared for weeks – if not months – of artists coming to town and referencing the Seahawks Super Bowl victory. This, of course, is a good thing. Ana Popovic and her band invoked the 12th Man multiple times throughout their set Wednesday night at Dimitriou’s Jazz Alley. This is their Seattle debut and was the first of two shows at the club.

The Serbian-born blues musician moved to Memphis in 2012 but has been racking up awards since well before that, having gained fame in Europe before crossing the Atlantic. She performed at the 2013 New Orleans Jazz and Heritage Festival, and is nominated for the 2014 Contemporary Blues Female Artist through the Blues Music Awards (her second nomination).

Now, full disclosure – this reviewer is stepping out of her comfort zone to review a blues artist. But, after witnessing Wednesday night’s show, I would say that all the accolades are well-deserved. Popovic’s voice is well-suited to the genre, with just enough rasp to give it a satisfying growl. And her guitar prowess was quite clear and thrilling to this novice, particularly on “Unconditional,” with its back-and-forth interplay with Steve Malinowski (on Hammond organ and keyboard).

The set featured songs from her latest album Can You Stand the Heat, including an Albert King cover (“Can’t You See What You’re Doing To Me”) and a Rolling Stones cover (“Rain Fall Down”). The one slow blues number in the set (“Miss Pauline’s Blues,” also from the same album) was the lone misstep in the set. Based on a tale of Tony Cole’s childhood cookie thievery, the lyrics were far too literal to make a good story in song. Thankfully, the gorgeous, nuanced guitar solo redeemed the number.

The shuffling “Hot Southern Night,” a duet with Tony Cole, had many leaping to their feet at the end, which wasn’t a lone occurrence during the spirited set.

Welcome to Seattle, Ms. Popovic. May you continue to rack up the accolades. 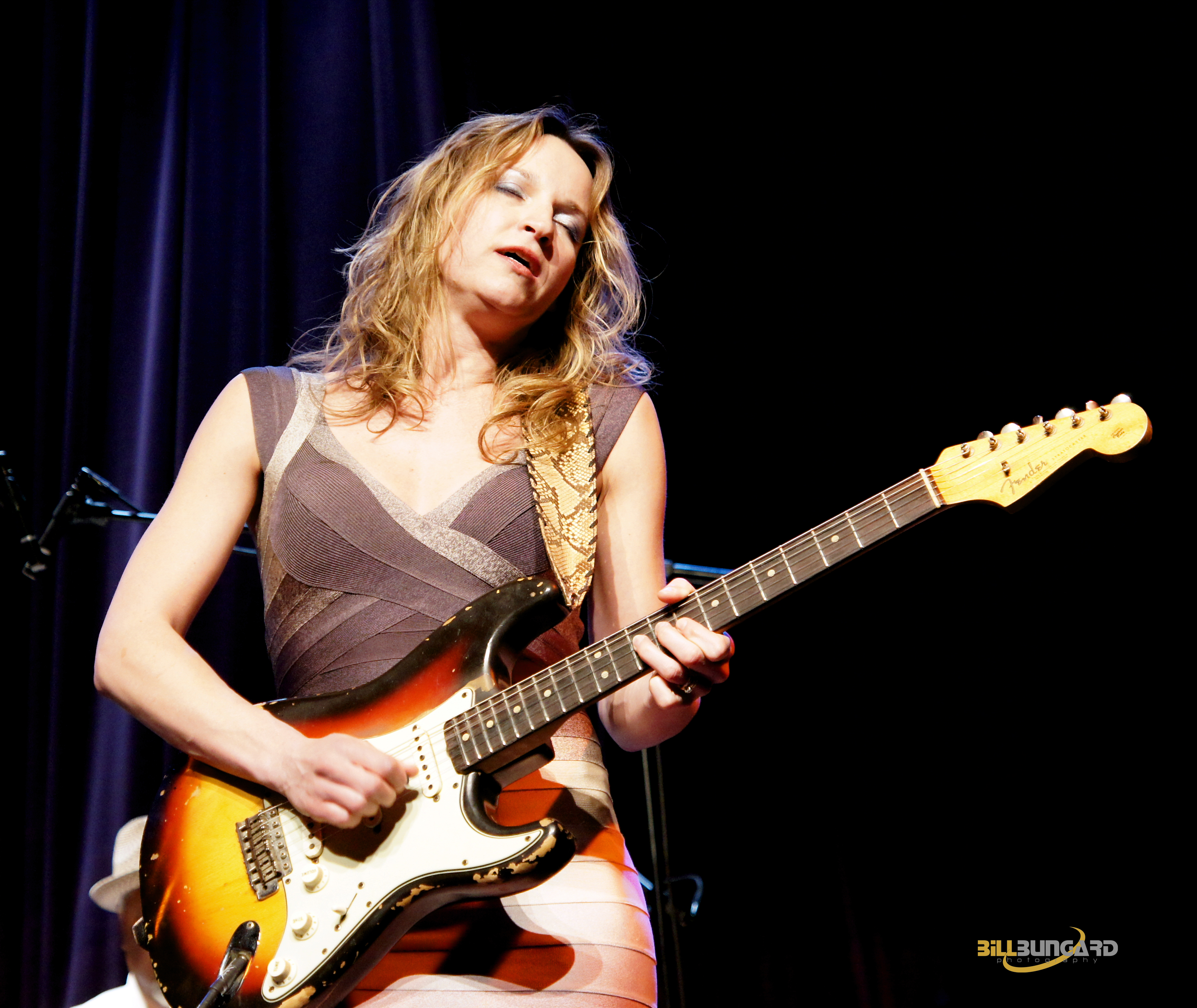 Alicia is a Midwest transplant who loves Seattle but misses thunderstorms. Her musical obsessions began when her coolest aunt gave her a copy of K-Tel’s Rock 80 album for Christmas when she was 7. She spent many years studying piano and voice, but the force of rock and roll won, so while she still sings in a local chorale, her true musical passions lie more with The Beatles than with Beethoven. When she’s not working at her job in HR, she can be found singing bad pop songs at the top of her lungs … although sometimes she does that
Related ItemsAlicia KamenickAnna PopovicBill BungardDimitriou' s Jazz AlleySeattle Live MusicSeattle Music Happenings
← Previous Story My Goodness and The Raw Power of Augustines (Photo Slideshows)
Next Story → Lord Huron rules the Showbox @ The Market (Photo Slideshow)