Home / Previews / New Music / SMI New Music Preview: Elbow – “The Take Off and Landing of Everything”

SMI New Music Preview: Elbow – “The Take Off and Landing of Everything”

By Alicia Kamenick on March 12, 2014@corianderstem 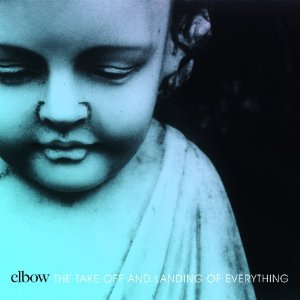 Gentle music lovers of Seattle, allow me to introduce you to Elbow.

Okay, maybe seventeen of you are already somewhat familiar with them. John Richards does like to play them on KEXP (although he likes their cover of U2’s “Running To Stand Still” more than I do).

Before I review their latest album, The Take Off and Landing of Everything, here is a brief primer comprised of both facts and opinions.

1. They are from Manchester, England.

2. Their 2008 album, The Seldom Seen Kid, won the prestigious Mercury Music Prize (they also have had two other nominations, for their debut Asleep In the Back, and their last album, Build a Rocket Boys!).

3. They played the closing ceremonies of the 2012 London Olympics  . . . not that you could hear them over the yammering of Bob Costas.

Elbow5. They haven’t been to the Pacific Northwest since 2006. But wait! This Memorial Day weekend, they will play in Vancouver, Portland and at Sasquatch. You should go see them. You will like them. Watch this space for my combo review of the Vancouver and Portland shows. (No Sasquatch, sorry. I don’t do festivals.)

Because I like to categorize things, I’d place their best songs into these categories (note titles for reference; go look them up on YouTube; do not disobey me):

Have you all gone and listened to those songs? Did you like them? Great! Now you’re properly intrigued to hear about their new album, The Take Off and Landing of Everything.

I would put most of the songs here into the “Lovely Gentle Pieces” category, with brief dips into the “A Little Proggy” categories. Nothing here easily lends itself to a hands-in-the-air muddy field singalong (maaaaybe “New York Morning” or the title track). But this is by no means a bad thing. In fact, I’d call it a wonderful thing, because Elbow has made a flat-out gorgeous album.

It’s good for grey days, being pensive and looking out at the rain. But not in a sad bastard kind of way, although the lyrical content often refers to Garvey’s split from his longtime partner:

The split also spurred the singer to land in New York for a while, prompting the centerpiece of the album, “New York Morning.” It’s a beautiful song that should be immediately added to the list of Excellent Songs About New York.

While much of the album deals in melancholy, there are also songs with the wry wit typical of Garvey’s lyrics. “Charge” and “My Sad Captains” deal in barflies and nights spent in pubs. While the tongue is firmly in cheek, wistfulness and regret linger:

“Another sunrise with my sad captains / With who I choose to lose my mind …. What a perfect waste of time”

Produced by the band’s keyboardist Craig Potter (who also produced their last two albums), the album is rich and delicious. If I were to nitpick (which, yes, I will), I would say that there are one or two songs toward the back end that don’t shine as brightly. But like their previous album, the highs more than make up for any minor lows. (I wouldn’t even call them lows. Let’s call them middles. Minor middles. Yes, that’s good.)

As a whole, however, the album holds up as another strong example of what Elbow does best: gorgeous songs to spend lots of time with.

Alicia is a Midwest transplant who loves Seattle but misses thunderstorms. Her musical obsessions began when her coolest aunt gave her a copy of K-Tel’s Rock 80 album for Christmas when she was 7. She spent many years studying piano and voice, but the force of rock and roll won, so while she still sings in a local chorale, her true musical passions lie more with The Beatles than with Beethoven. When she’s not working at her job in HR, she can be found singing bad pop songs at the top of her lungs … although sometimes she does that
Related ItemsAlicia KameneckElbowNew Music PreviewNews
← Previous Story SMI New Music Preview: Drive-by Truckers ‘English Oceans’
Next Story → SMI New Music Preview: Broken Bells ‘After the Disco’