By Katrina Charles on March 29, 2014@Katrina_Charles 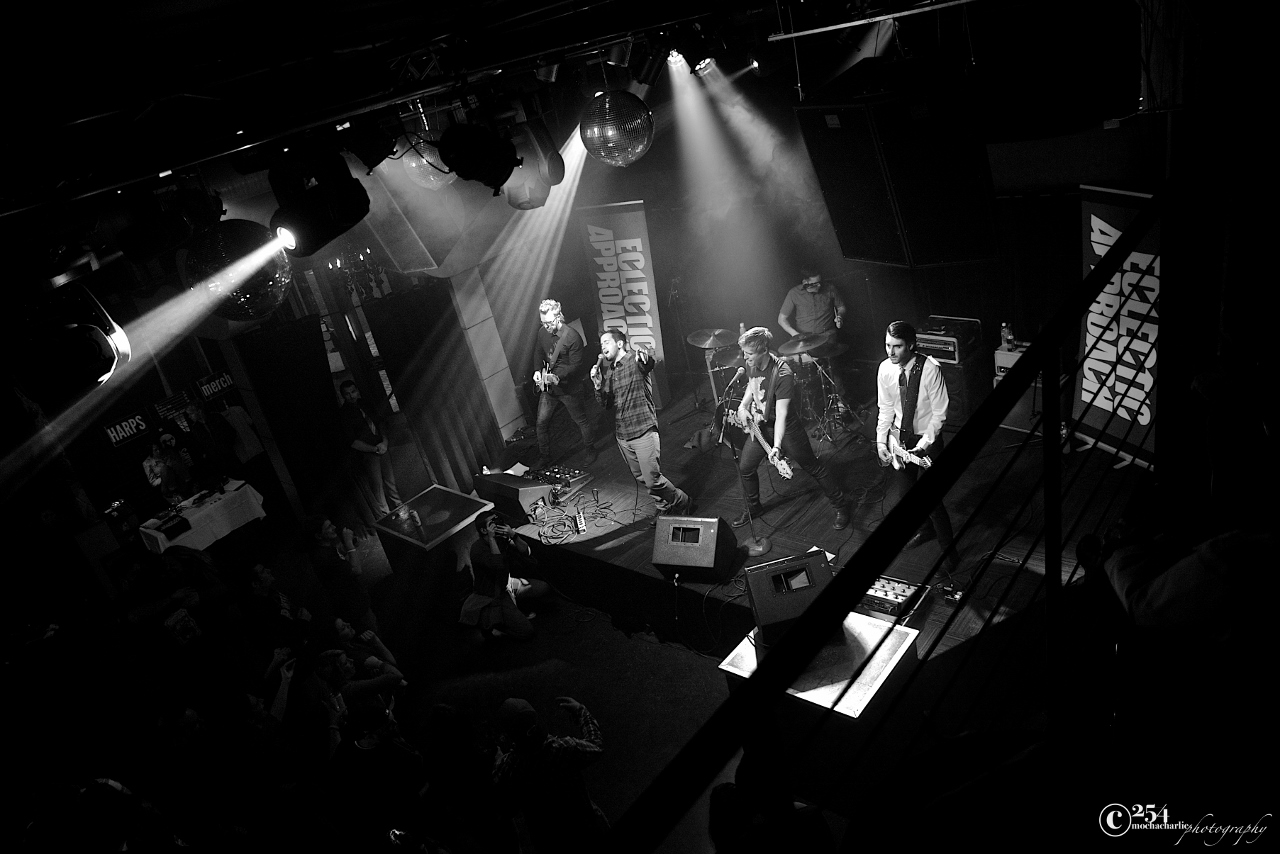 If ever you needed proof that the Seattle rock scene is alive and well, you would have found it at The Fenix in Seattle’s Pioneer Square last Friday night. The recently re-opened venue hosted one hell of a rock show, boasting local acts HARPS, James Redfern, and Eclectic Approach in a showcase of some of Seattle’s finest musicians.

First off, let me introduce you to my new favorite discovery, a little band called HARPS.This band packs a powerful punch with rhythm-driven electronic rock songs and an energetic live show. Their tunes are like a well-rounded version of the angsty, punk-ish rock I love; they bring back a bit of nostalgia but are sophisticated enough to brag about. For me, this is nothing short of the musical jackpot.

It’s often the case with electronic-infused bands that they’ll end up drowning out their other instruments with an array of electronic glitches. With HARPS, it’s effortless. They have the perfect blend of synth sounds that accentuate and shape while keeping the core of their songs intact. Front man Colin Brown is charismatic and fun to watch on stage, whether he is owning the microphone during the chorus or transitioning over to the keyboards for an interlude. Drummer Nick Molenda is in charge of the rhythm section and, considering his resume includes coaching UW’s drumline, creates some of the best beats you’ll find in Seattle. Though they are a fairly new band, it’s easy to tell that they will hit their stride soon and go on to great things.

I’ve had the pleasure of seeing James Redfern and his band play on a few occasions, and each time they come onstage, the energy goes up a few notches. A blend of rock and roll and some really fine soul, they’re the sort of musicians that combine complicated melodies and wicked guitar riffs and make it look easy… almost too easy.  Redfern’s vocals are powerful and can range from soft soul to straight rock and roll, as witnessed when they played a rendition of Jimi Hendrix’ “Purple Haze”. Add in their bass lines, groovy beats, and sometimes unbelievable guitar solos, and you’ve got the ingredients for one killer set.

Eclectic Approach capped off the night with their infectiously danceable tunes. At one point bringing an enthusiastic fan on stage to dance for a few songs, these guys know how to work a crowd and keep the party going. They are incredibly fun to watch, and I’m pretty sure even the ones wielding instruments were dancing better than me. Though that’s not a particularly difficult feat, it’s definitely notable when you’re dancing and also masterfully playing guitar/bass/ drums/ etc. I’d be lucky if I could dance and play kazoo that well. I can’t, but I can dream. Thank you, Eclectic Approach, for giving the rest of us a bar to reach for. Oh, and also for those sweet, sweet jammin’ tunes.

Though there was the occasional sound glitch and screechy mic (but, hey, new venue means there’s a new sound system to figure out . . . ), the Fenix hosted an incredible night of some of Seattle’s most promising bands.I’m looking forward to what each of these acts goes on to do in the coming months, and I highly recommend you check all of them out before they blow up and you’re like “damn, should have seen them when their tickets were cheaper.” Get. On. That.