Against Me! brought the Neptune to life! (Photo Slideshow) 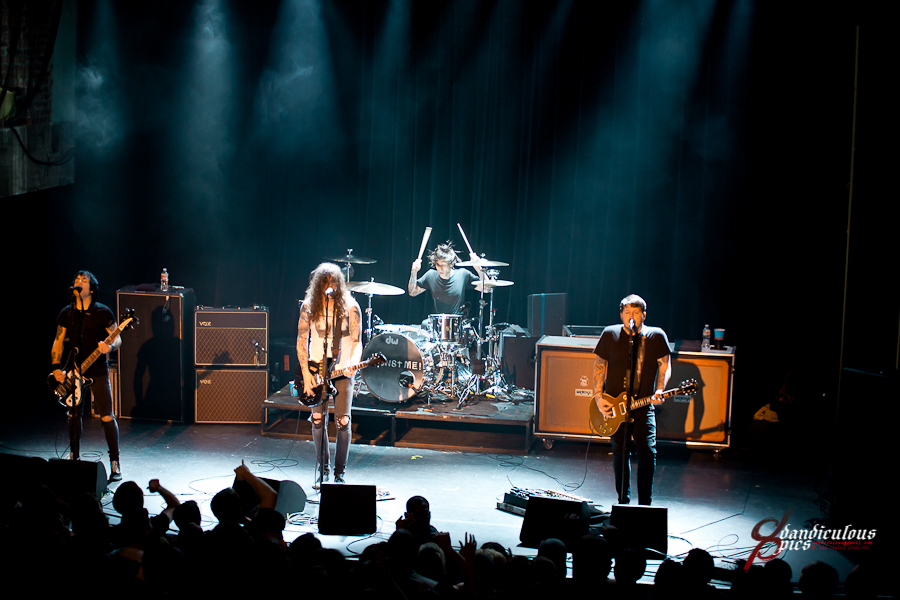 The Neptune hosted three great bands with three completely different sounds.  It was a night of emotional uppers and downers.  It was all good music, just definitely a mixed-bag of rock.

Cheap Girls, a trio from Lansing, Michigan have a garage band sound.  But it’s a pretty good sound.  Brothers Ben and Ian Graham are joined by Adam Aymor to make simple rock sounds.  Their new album Famous Graves is out in May.

Laura Stevenson, even though soft spoken, has a great voice.  Backed by an almost overpowering band, she was sometimes hard to hear.  However, they have an overall great, folksy sound.  Stevenson is promoting their album Wheel available now.

Against Me! KICKED ASS!  This loud and rocking group brought tons of energy to the venue, which was fairly sedate until they took the stage.  But as soon as they did, the crowd went nuts.  Check out their new album Transgender Dysphoria Blues.

Dan Rogers is an up-and-comer in Seattle concert photography. In the mid 90’s Dan was a Light and Video Technician for local artists; however, his passion for music and capturing the moment was put on hold to raise his son. In 2010 Dan reignited his passion by plunging into concert photography. He has since had great opportunities photographing shows on behalf of KNDD 107.7 TheEnd and Back Beat Seattle. Social Distortion, Anthrax, and Garbage are just a few of the bands Dan has been able to cross off his photo bucket list. Dan views being behind the lens as an honor; taking a memory, freezing it in time and capturing the essence of the experience. These are once in a lifetime experiences we live for, memory alone will not suffice. Dan is thrilled to join the team at Seattle Music Insider as a contributing photographer.
Related ItemsAgainst MeCheap GirlsDan RogersLaura StevensonNeptuneSeattle Live MusicSeattle Music Happenings
← Previous Story SMI New Music Preview: Beck – Morning Phase
Next Story → Ume ‘kicks it’ at The Crocodile (Photo Slideshow)