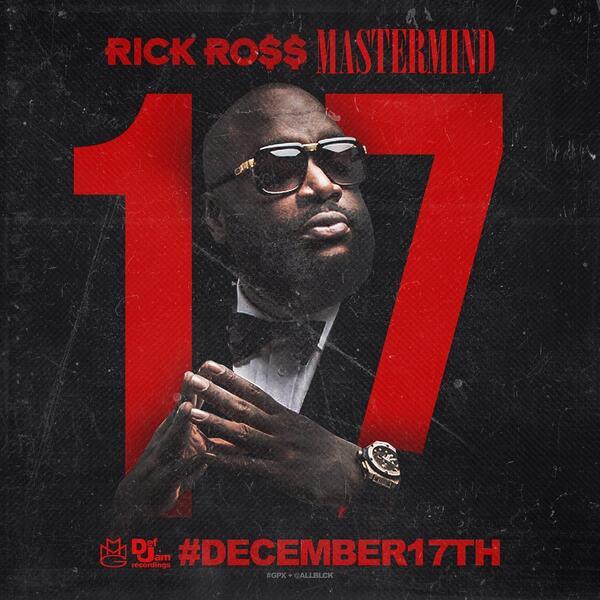 You want a taste of Mastermind? Here you go: Bugatti stacks, Dom Perignon VIP booths, Benzo-to-Enzo come-ups and BitchesCokeMurderEngineRev. This should sound familiar to you by now because Big Boss Ross has been doing the gaudy Gotti shtick for years. He’s tapped into the lavish mentality, practically bottled the jet-set essence and perfected the baller persona, and yet Mastermind lets on that that might be all it is — just a persona.

I wouldn’t be so quick to dismiss his bravado as unfounded–2014 Rick Ross is probably as gritty as he says he is. But extravagance is a role he had to adopt. That’s right, balling outrageous may not be what he grew up doing, but this LP hints that he drank enough of his own kool-aid to make up for the learning curve.

Take a listen to the “Intro” and you’ll hear the voice of an old white man. That’s Napoleon Hill, American author and forefather of personal-success writing, and he’s waxing instructive about life goals. Specifically, Hill green-lights nabbing other people’s experiences and resources for yourself. And if anybody’s familiar with a little artistic imitation, it’s the guy who took his nickname from John Gotti.

So it might be veiled a bit, but the rest of Mastermind is wrapped around this notion: that Ross’s Can’t-Fuck-With-Me Castle is actually built upon a foundation of borrowed ideas and unfamiliar memories. And for the record, there are Gucci-brand alligators in the moat.

To be honest, this homage-to-end-all-homages is respectable. And, I appreciated the album more because of it. So when Ross brags about casual Burj Khalifa visits and 200 acre estates, it’s because he had to believe his own hype before it was ever a reality. When it comes to achieving dreams — forget the methods — Rick Ross is a Mastermind.

Not only is he a multi-media journalist, he is also an accomplished musician. He is the founder of SMI and drives the creative look, feel and branding for the publication. His years of writing, arranging, and performing live music in a variety of genres inform his ability to communicate the message and the mechanics of music. Roth’s work on SMI reflects his philosophy that music is the universal language, and builds community. He believes it has the power to unite people of every race, religion, gender, and persuasion.
Related ItemsBilly ValentineDef Jam RecordsHip-HopNew Music PreviewRapRick Ross
← Previous Story Fox and the Moondog Matinee doin’ their thing around the sound
Next Story → Kiss the Sky! Press Conference at EMP (Photo Slideshow)