By Katrina Charles on April 16, 2014@Katrina_Charles 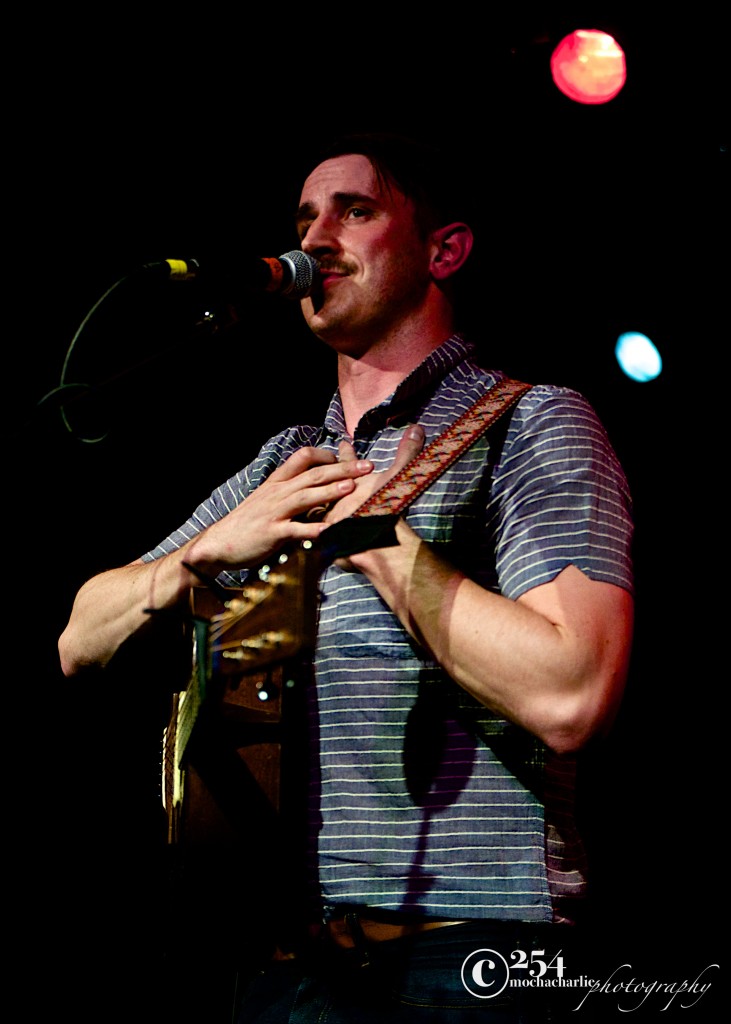 The first time I saw Kris Orlowski he was headlining a Gigs4Good event (organized by Team Up for Nonprofits), at the Triple Door in 2011. His earnest songs instantly drew me in, brought to life in a captivating and honest manner. The most memorable part of that performance was when he unplugged his guitar, walked into the audience, and climbed onto the platform behind a row of booths in the table-filled theater. There, he sang an acoustic cover of Van Morrison’s “Into the Mystic” to the packed house. One thing was certain: this guy had gusto. He was going places.

Since then, Orlowski has released a few EPs and has become a well-known name in Seattle. His most notable achievement may have been when he released his song  “Your Move” off of his Fremont Abbey EP that featured a choir of some of Seattle’s finest. It seemed that, overnight, everyone knew the words to the song, and musicians and showgoers alike were excited to recreate the choir as often as possible, leading to a wide array of new, original renditions of the song. It was clear at that point that he wasn’t “doing this alone” anymore, as one of the lyrics in “Your Move” states. He had created a community around his music, and that’s why the release of his new full-length album Believer wasn’t just a CD release show; it was a celebration that no one wanted to miss.

St. Paul de Vence and Campfire OK rounded out the line-up at the Showbox on Saturday night. The crowd was giddy and chatty as St. Paul de Vence took the instrument-cluttered stage, but it only took a moment for the band to reel them in. Complete with electric guitar and a small brass section, the band burst into life with their rich and upbeat sound. Each member of St. Paul de Vence is so diversely talented that there’s never a dull moment. Between switching instruments, strumming, and singing, the members are in constant motion, which makes the band interesting and fun to watch. One song may be a sweet tune with French lyrics, the next may be more rock and roll. They are a jumble of styles seamlessly brought together with strong vocals and perfectly placed harmonies.

Up next was Campfire OK. Lead singer Mychal Cohen traded in his usual keyboard in favor of a guitar. This came with the realization that it may have been too long since I’ve caught one of their shows. With perfectly blended instruments and driving beats, Campfire OK has a way of lulling you into a groove while keeping things interesting with the lyrics. My favorite thing about their style is that the song never turns out quite as expected; the lyrics are delivered rhythmically and unnaturally, catching the listener off guard. It’s the “off” bits that make Campfire OK such a fun band to listen to, and it’s their locked-in rhythms and riffs that makes them incredible to watch.

Kris Orlowski and band ended the night with an amazing set of songs from their new release Believer, a collection of songs that accentuate Orlowski’s ability to craft hopeful tunes out of pensive and sorrowful lyrics. He creates an emotional journey from verse to chorus, and his band rounds out the experience with crescendos and vocal harmonies that (just a warning) will probably make you tear up a bit. The songs are so good that they’ll actually make you forgive (or at least ignore) Kris’ mustache, which is probably the most infamous facial hair in Seattle at the moment. Possibly ever.

During the set, special guest musicians such as Andrew Joslyn and the band Joseph lent their talents to the evening. For the song “All My People Go,” all the musicians returned to the stage to sing along. It was an unforgettable occasion, and the amount of pride that filled the room was almost palpable. After the show, people recounted stories of how they’ve been affected by Kris’ music and were excited to speculate where things might go from here. With an outstanding album, a phenomenal band, and years of hard work under his belt, this CD release seems like a new door opening for Kris Orlowski and his music. It seems that this guy will, indeed, be going places . Well, I’m a believer.

Be sure to check out Kris Orlowski’s new album Believer, available today.